Nok culture was first discovered as a result of the recovery of archaeological remains from the tin-bearing gravels west of Jos Plateau in the course of mining operations. These remains consisted of ground stone axes and smaller stone tools, iron axes and other iron tools, the baked clay pipe used in iron-smelting, quartz lip-plugs and other ornaments and the beautiful terracottas.

The terracottas consist of solid heads of whole human figures. The style of the Nok terracottas represents remarkable artistic achievement by all standards.

Terracotta or burnt clay was accidentally found in the soil by miners in 1936 and it was dated between the 2nd and 5th centuries. Other locations where the Nok culture or Terracotta human figurines were found incude: Taruga, Samun Dukiya, Katsina Ala. 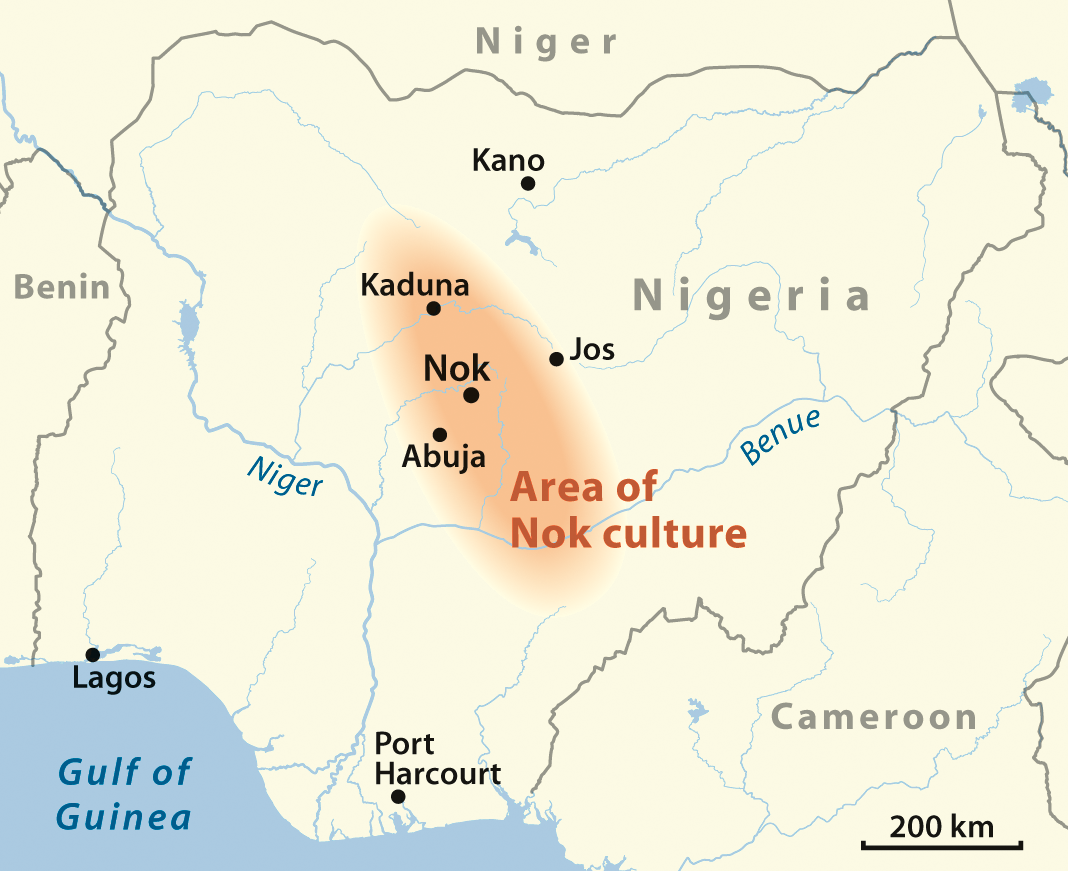 The Nok culture is significant to Nigeria’s history in the following ways.

Some Archaeologists like Bernard Fagg with the help of miners have found hundreds of pieces of Nok figurines and artefacts. Through some archaeological excavations in Taruga, Dukiya and other sites, we have gathered information on the dates of some of these figurines and artefacts. For example, some terracotta sculptures found in Nok may have been made between 500BC and 200BC. Iron tools, bones and stone tools have also been found. 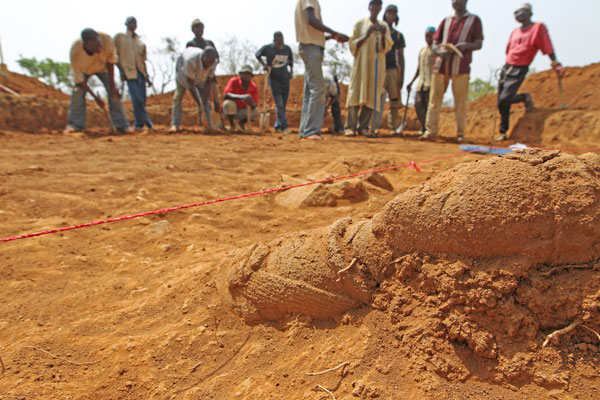 INTER-GROUP RELATIONS IN THE NOK AREA

There has been a long history of migration or large scale movements of people of various ethnic groups in central Nigerian area where the Nok culture and civilization originated from. The Nok culture and civilization which can be traced to over 3000 years ago, show some forms of relationship and interactions between various peoples who were known for iron-smelting and iron working activities. They had settled agricultural lifestyle and engaged in arts and crafts.

Geographically, the Nok civilization and culture cover many square miles from Jos Plateau to Kafanchan and up to Kagara in Kaduna. The common cultural practices shared by the peoples of the central Nigerian area, show that there must have been inter-group relations in the Nok area since a long time.

However, like inter-group relations in other areas, the relations between groups in the Nok area were not completely peaceful. Despite the advanced development noticed from Nok culture, migration, agriculture, linguistics and ethnic similarities, there is evidence that the people were not completely united.