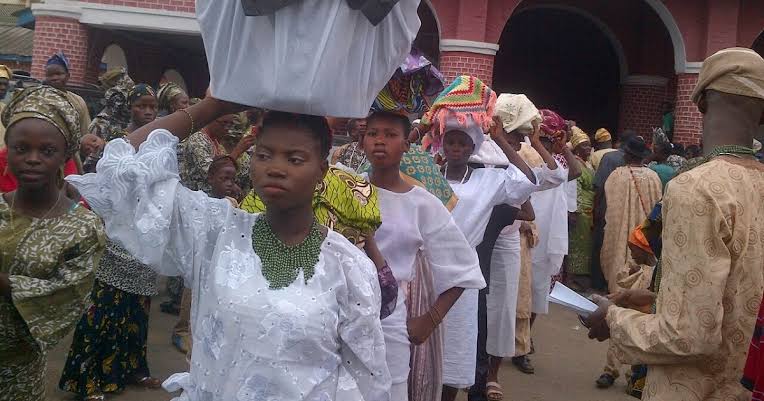 The origin of the Yoruba tradition

The Yoruba are located in the southwest of modern Nigeria. According to records, there are two major stories of origin attributed to the Yoruba. The first speaks of the migration of a people from the East into present day lleIfe. They were led by Oduduwa who had sons who founded neighbouring Yoruba towns and kingdoms. Ife is regarded as the origin of life on earth, as the second tradition speaks of the creation of the world in lle-Ife by a divine oracle under the leadership of Obatala. Obatala was said to have failed in his role and the responsibility of founding Ife, and other Yoruba towns shifted into the hands of Oduduwa and fifteen others.

The precise date of the founding of lle-Ife and the commencement of Oduduwa’s regime is not certain but radio-carbon dating suggests that Ife was a settlement between the 9th century and 12th century. Thus, the Oduduwa period might have occurred between the mid-10th century and 11th century.

Ife and the Yorubaland

Though Ife is esteemed as the cradle of the Yoruba, she had no army and did not exercise political control over its neighbours. Its relations with its neighbours were essentially spiritual in nature which derived from Ife’s image as a father and natural headquarters of the Yorubas. Ife’s sociopolitical institutions were developed to cater for the needs of the known gods of the land as well as to bury the remains of the kings brought back from their distant domains. Ife also dispensed the various symbols to validate the choice of new kings in other Yoruba states.

The ruler of Ife was called the Ooni; his office was monarchical. The functions of the Ooni within the government of Ife at the centre differed from the functions performed at the peripheral districts of Ife. In these areas, the Ooni was perceived as the Spiritual Father of the Yoruba nation. In Ife proper, the monarch exercised real and visible political power.

The Yoruba Kingdom of Oyo is believed to have been founded by Oranmiyan, a son of Oduduwa who is also attributed to have founded the Eweka dynasty of Benin.

The foundation of Oyo has been attributed to Oranmiyan. Oranmiyan, it would appear, founded Oyo after leaving Benin. It is believed that he settled on a piece of land given to him by the king of Borgu. This site is referred to as Oyo Ajaka. Ajaka remained the capital of Oyo despite several evacuations until it was destroyed by the Fulani in the 19th century. Oranmiyan did not stay long in Ajaka but moved to a place called Oko and finally back to Ife where he died and the Opa Oranmiyan was raised at his grave.
Oranmiyan was succeeded by Ajaka but Ajaka was deposed because he failed to measure up to the military expectation of the Oyo leader. In his stead, his younger brother, Sango, was appointed. Sango was an Oyo man with a Nupe (Tapa) mother. He was a powerful warrior and is acclaimed to have secured independence for the Oyo Kingdom from Owu. Secondly, he moved the capital from Oko back to Oyokoro or Oyo Ajaka. His reign ended violently and his elder brother Ajaka was recalled.

Ajaka, with a new personality, was able to consolidate his position internally and went further to defeat the Tapa (Nupe). His successors, four of them Aganju, Kori, Oluaso and Onigbogi, continued with the job of consolidating the position of the Alaafin, building the kingdom and solving whatever constitutional problems that existed. Aganju’s reign was peaceful and prosperous.

Kori’s ascension gave rise to the constitutional issue of regency. The Bashorun was first made regent. Then, Kori’s mother lyayun was made regent until Kori was old enough to rule. During Kori’s reign, the boundaries between Oyo and Ijesha were fixed.

Oluaso’s reign was long, peaceful and prosperous. He engaged in building palaces which are numbered 54. His main palace had 120 kobis (gables).

Onigbogi’s reign was muted by the invasion of the Nupe (Tapa) who destroyed Oyo and drove its inhabitants to Borgu where they were hosted for a while because Ofinran, Onigbogi’s successor, had a Bariba (Borgu) mother. Their stay was brief and Ofinran led his people back to Oyo passing through Kusu.
In Kusu, the Ajoofin wos initiated into the Ifo mysteries and the Egungun cult was instituted from Tapa (Nope). Ofinran died at Kusu and Eguguoju continued the iourney passing through Iju Sanya and founded Igboho and settled there.

During the reign of the Orompoto, Eguguojuts brother, and Ajiboyede, the Bariba (Borgu) and Tapa (Nupe) were defeated respectively. This paved way for the return of the Oyo back to Oyo Ajaka during the reign of Abipa in the 16th century During this period of growth, the Oyo developed their army, new towns and political structure.

The Oyo, due to the need for survival, were able to build an army made up of both infantry and cavalry. This was quite different from other Yoruba groups who had only infantry armies. In addition, the Alaafin still controlled the army.

Also notable during this period was the establishment of towns, apart from the capital. These included Igboho, Ede, Ikoyi Igbon, Iresa and others. The internal organisation and system of government also evolved during this period. The Alaafin and Bashorun title seem to have evolved together while other titles within the Oyo Mesi evolved gradually and had come into existence by the end of the 16th century. The political Organisation of the Yoruba had evolved also by this time.

Oyo emerged as the largest of the Yoruba kingdoms with its defeat of the Bariba (Borgi) and Tapa (Nupe). It consolidated its authority and embarked on imperial expansion by the beginning of the 17th century.

Alaafin Obalokun Aganna Erin conquered the Egbado and appointed an Ajele there. He is also noted to have defeated the ljesha to the South East. Ajagbo’s reign which seemed to have been in the middle of the 17th century witnessed numerous military expeditions and is credited to have created the office of the Aare Ona Kakanfo, a title he bestowed on his warrior friend Kokoro Gangan. Ajagbo is also credited to have instituted the tradition of executing expeditions on four fronts led by the four key title holders, the Basorun, Agbaakin, Aare Ona Kakanfo and the Asipa. Thus, the empire expanded towards the coast and reached Weme and the Egba Kingdom east of Weme.

The peak of Oyo’s conquest was between 1726 and 1730 when Oyo conquered Dahomey and Dahomey remained a dependency of Oyo until the first decade of the 19Th century.

By 1750, the Alaafin of Oyo had emerged as a semi-divine emperor whose domain stretched from the Oyo Kingdom to the whole of Egba and Egbado, parts of Igbomina, the Ajase Kingdom, Weme Kingdom, Dahomey and parts of Tapa (Nupe) and Bariba (Borgu). Thus, it controlled the sea coast from Whydah which extended some 320 kilometres inland.

Despite this political and territorial might, Oyo still sustained his loyalty to the agreement reached at Ita ljero before the dispersal from Ife, and Oyo continued to send to Ife to propitiate the spirits of the ancestors and obtain the Ida Ajase for each new Alaafin.

The socio-political organisation of Oyo

The second group of chiefs were known as Oyomesi. It was headed by the Bashorun. This was the supreme council of state. It was made up of seven members who were kingmakers. The Oyomesi acted as checks to the powers of the Alaafin. They selected and dethroned the Alaafin. They also formulated policies and were Chief Advisers to the Alaafin.

There was also the Ogboni society headed by the Oluawo. This society consisted of all members of the Oyomesi. The Ogboni was the voice of popular opinion backed by the authority of religion.

There was also a council of war chiefs, the Eso, headed by the Are-Ona Kakanfo. He, according to tradition, was required to live outside the capital and to commit suicide or go into exile if he failed to accomplish any set task.

In the suburbs, there were district Chiefs called llari or Ajele. They acted as links between the central and local governments.

Factors that led to the rise of Oyo

The economy of the Yoruba of Oyo

Oyo was located in the fertile semi-savannah region. They were blessed with suitable soil for agriculture. They engaged in farming and produced tuber and root crops such as yam, cocoyam and later cassava. They also grew grains such as maize as well as kolanuts. The Yorubas were also engaged in hunting. Hunting was an occupation which belonged to certain families within the society.

Other industries that developed among the Yoruba were cloth weaving and dyeing, wood carving and pottery. The Yoruba were also noted for soap making. Trading was an important aspect of the Yoruba economy. The Yoruba people lived in towns. Most of these towns developed during the period of the evolution of Oyo as a distinctive Yoruba State. This social arrangement demanded for the specialisation of production. Hence, the Yoruba people were engaged in a large variety of occupations. Trading was therefore an important aspect of the Yoruba economy. There was need for the exchange of products among the people within towns and between towns. Apart from this internal trade, the Yoruba people traded with their neighbours.

They traded with Hausaland to the north. The items of trade with Hausaland were kolanuts, local dyes and soap. They also exchanged slaves. From Hausaland, the Yoruba people acquired iron weapons, horses, silk and other North African products.

To the South, the Edo (Benin) were very important trade partners. The Yoruba people exchanged slaves for European manufactures. 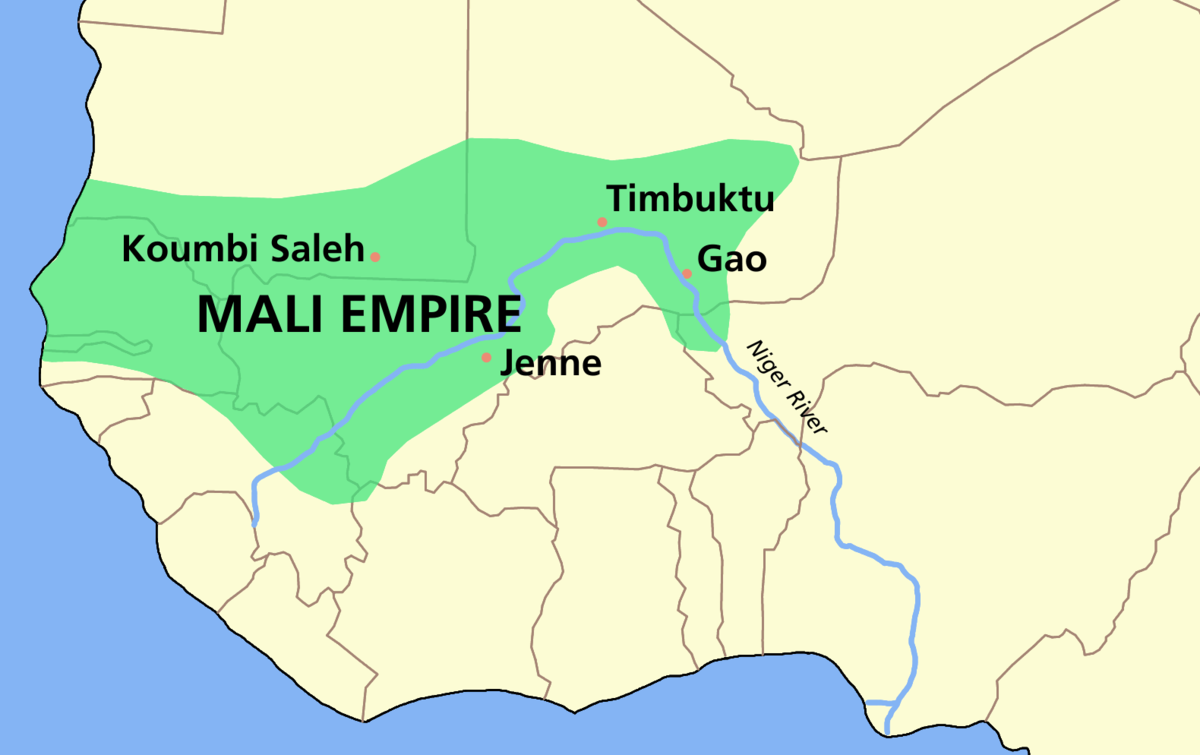 SOCIAL, POLITICAL AND ECONOMIC FACTORS THAT LED TO THE RISE OF MALI EMPIRE 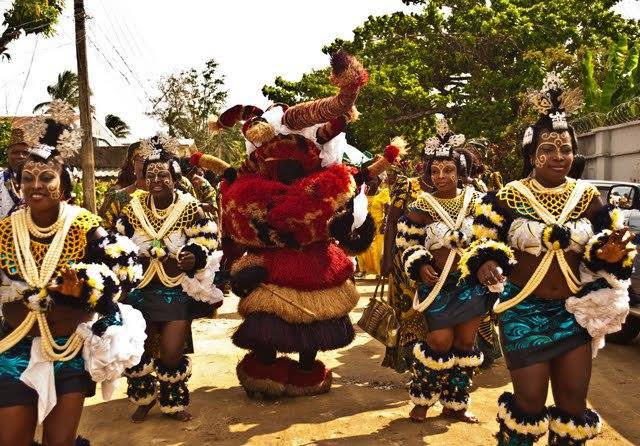 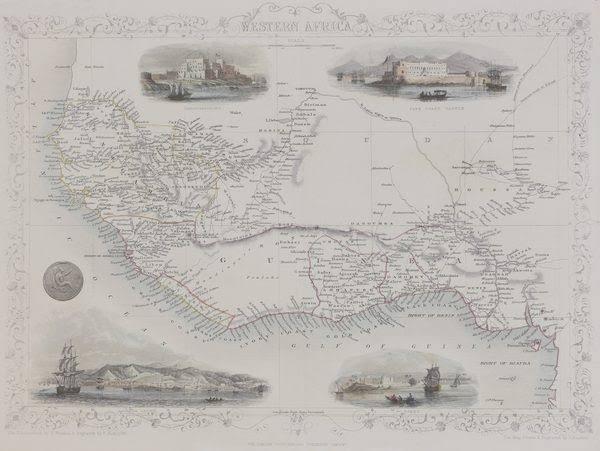