A power cable is an assembly of two or more electrical conductors, usually held together with an overall sheath. The assembly is used for transmission of electrical power.

Printer cable refers to the cable that carries data between a computer and a printer.

There are many different types of cables, for example:

Parallel port printers have been slowly phased out, and are now difficult to find for the most part, being considered as an obsolete legacy port on most new computers. Those who have printers and scanners with only parallel port may still be able to connect the devices via the use of USB adapters a.k.a. Parallel-to-USB cable. Generally, Fire Wire’s very high speeds of up to 800 Mbit/s are excessive for printers.

Monitor Cables: Even though most computer monitors today are LCD panels, there is still a number of different ways to connect them to your computer. Monitor connections vary on both the type and size of the monitor. Some older monitors will use an analog VGA cable, while newer monitors will use a digital signal over a DVI, HDMI or Display Port cable. Different types of monitor cables are:

CLASSIFICATION OF COMPUTER CABLES AND CONNECTORS

1) USB Cables and Connectors: USB cables can be used to connect most new devices to your computer including flash memory sticks, portable media players, internet modems and digital cameras.

Computer accessories like mice, keyboards, webcams, portable hard-drives, microphones, printers, scanners and speakers can also be connected to the computer through USB ports. Additionally, USB cables are also used for charging a variety of gadgets including mobile phones or for transferring data from one computer to another.

How to recognize USB Cables: The standard USB connector, USB-A, is a rectangular connector. The USB-A end is present on every USB cable as it is the end that connects to your computer.

2) Audio Cables and Connectors 3.5mm headphone jack: The most common audio cable is the standard headphone jack, otherwise known as a TSR connector. It is available in several sizes, but the most common ones used with computers are the 3.5 mm or 1/ 83 mini audio jack. 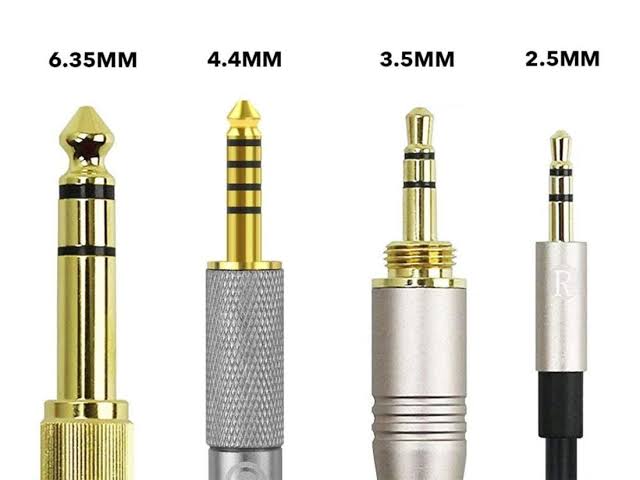 Most speakers and microphones can connect to the computer with these audio cables. The microphone port on your computer is usually pink while the speaker port, where you insert the stereo audio cable, is colored green. Some computers have additional TSR audio ports colored black, grey, and gold; these are for rear, front, and center/subwoofer output, respectively.

A larger variety of the TSR connector, 1/4″ TRS, is commonly used in professional audio recording equipment and it can be connected to a computer using an 1/43 to 1/83 converter.

VGA: One of the most common video connectors for computer monitors and highdefinition TVs is the VGA cable. A standard VGA connector has 15-pins and other than connecting a computer to a monitor, you may also use a VGA cable to connect your laptop to a TV screen or a projector.

A DVI cable has 29 pins, though some connectors may have less pins depending on their configuration. DVI’s video signal is compatible with HDMI, so a simple converter can allow a DVI monitor to receive input from an HDMI cable.

Additionally, DVI to VGA converters are also available for connect your new graphics card to old monitor that supports only VGA mode. 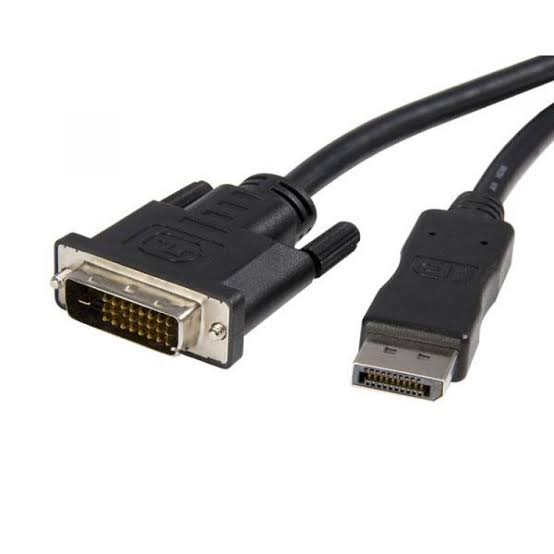 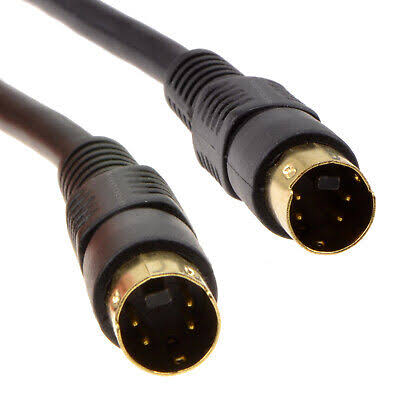 Standard S-Video connectors are round in shape and may have anywhere between 4-9 pins.

RCA Connector Cables: RCA connector cables are a bundle of 2-3 cables including Composite Video (colored yellow) and Stereo Audio cables (red for right channel and white or black for the left audio channel). 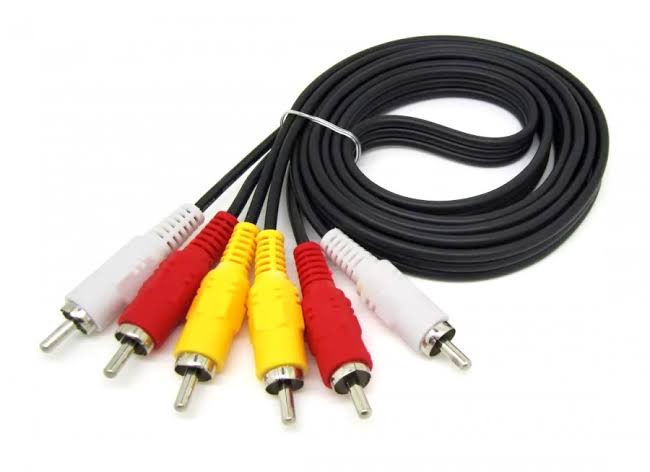 Sometimes additional cables may be included, offering additional audio channels and/or component video instead of composite. Component video offers better picture than composite because the video signal is split in different signals while in the case of composite, everything is transferred through a single yellow plug.

Uses of RCA Connectors: The RCA cables are usually used for connecting your DVD player, stereo speakers, digital camera and other audio/ video equipment to your TV. You can plug-in an RCA cable to the computer via a video capture card and this will let you transfer video from an old analog camcorder into your computer’s hard drive.

HDMI Cables: Standard HDMI cables can be up to 5 meters long, but higher quality ones can be up to 15 meters long, and the length can be further increased with amplifiers. HDMI is backwards compatible with DVI so you can use a converter to watch video on a DVI device through the HDMI cable though you will have to use another cable for the audio. 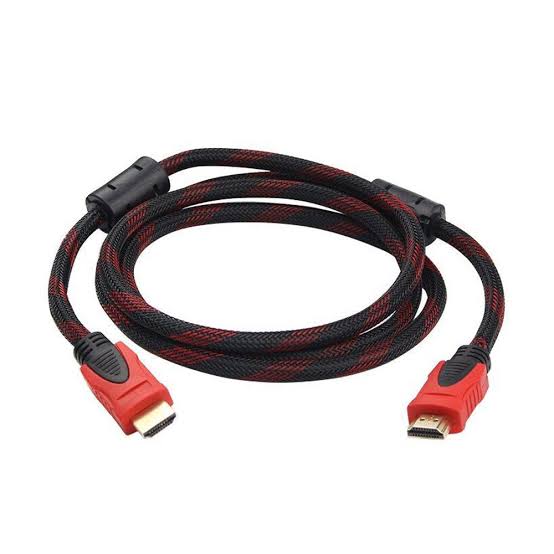 Firewire IEEE 1394: Firewire, otherwise known as IEEE1394, i.LINK, or Lynx, is a faster alternate to USB and is commonly used for connecting digital camcorders and external hard drives to a computer. It is also possible to ad-hoc network computers without a router over Fire Wire. 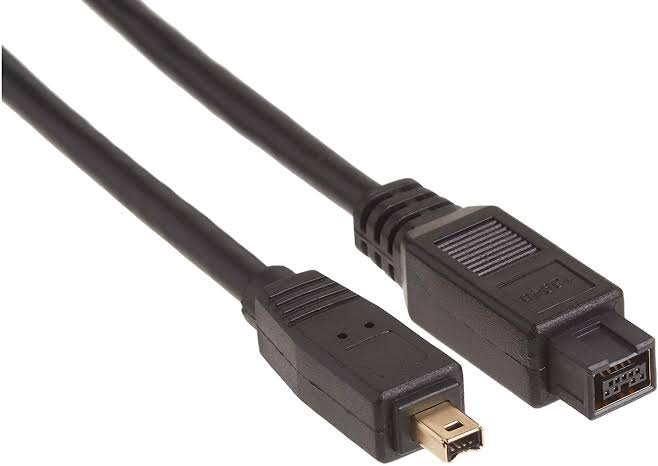 Firewire typically has 6 pins in its connector, though a 4 pin variety is common as well.

eSATA Cables: While SATA cables are used internally for connecting the hard drive to the computer’s motherboard, eSATA cables are designed for portable hard drives, and can transfer data faster than USB or Fire Wire. 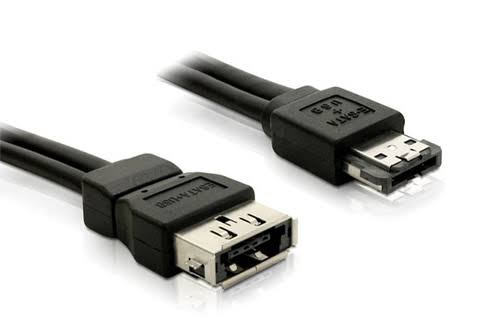 However, the eSATA cable cannot transmit power, so unlike USB, you cannot power an external hard drive with eSATA. The eSATA cable is somewhat different from the internal SATA cable; it has more shielding, and sports a larger connector.

The most common male connector is a two- or three-prong plug attached to the end of the cord for an electrical appliance. Other common examples include the plugs for headsets, most connectors on the ends of lengths of coaxial cable , and the edge connectors on some printed circuit cards. D-shell connectors for computer serial and parallel ports can also be male.

A female connector is a connector attached to a wire, cable, or piece of hardware, having one or more recessed holes with electrical terminals inside, and constructed in such a way that a plug with exposed conductors (male connector) can be inserted snugly into it to ensure a reliable physical and electrical connection . A female connector is also known as a jack, outlet, or receptacle. This type of connector can be recognized by the fact that, when it is disconnected or removed, the electrical conductors are not directly exposed, and therefore are not likely to make accidental contact with external objects or conductors.

The most common female connector is a two or three-prong electrical outlet, also known as a wall outlet. Other often-encountered examples include telephone jacks , the jacks for headsets, the chassis connectors for coaxial cable, and some D-shell connectors for computer serial and parallel ports.