Obafemi Jeremiah Awolowo popularly called Awo, was born in Ikenne (now in Ogun State) on the 6th of March, 1909. He had his early education at the Baptist High School and later Wesley College, Ibadan. Awo had to struggle to educate himself because he lost his father at the age of ten years. As a result, he had to do all sorts of jobs to raise money for his education: Examples, he worked as a teacher, clerk and taxi driver. He worked hard as an external student (part-time) to obtain a B.A. Commerce degree from the University of London in 1944, and in the same year, he registered with the same university for a degree in Law. He completed his law degree and was called to the Bar at the Inner Temple in 1946.

It is important to point out, that while Awolowo was doing all sorts of jobs to support his living and study, the problem of colonial rule and the struggle for independence was also his major concern. His personal struggle for survival and education did not prevent him from actively participating in nationalist activities and colonial resistance. He was a prominent member of several grassroots organisations including the Trade Union Congress of Nigeria and Nigerian Youth Movement that were part of the active resistance against colonial rule and were in the forefront of the struggle for colonial and constitutional administrative reforms and independence. In fact, Awolowo was the Western Provincial Secretary of the Nigerian Youth Movement. 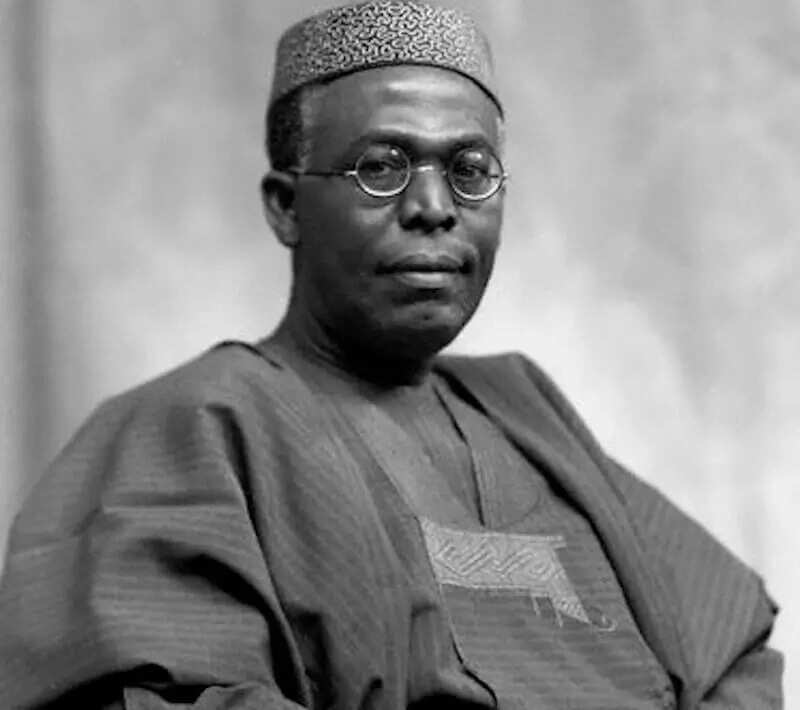 Awolowo had a very clear political vision and philosophy which he propagated in his writings as a journalist and politician in his articles and books. His first book, Path to Nigerian Freedom was published in 1945 while he was a law student at the University of London. In it, he advocated federalism as the best system of government for Nigeria’s diverse people and cultures and called for an end to colonialism. Also as a student, he assisted in the establishment of a very strong Yoruba socio-cultural group, known as the Egbe Omo Oduduwa in London. Apart from working as a correspondent of the Nigerian Times, he also established the Tribune Newspapers in 1949 as an effective tool for the propagation of his ideas.

Awolowo founded the Action Group in 1950 and became the Premier of the Western Region in 1954. He took several historic and radical measures to transform and develop the people of the region, examples are:

Awo was very outstanding in almost everything; he was involved in journalism, politics, administration, law and scholarship. He documented his ideas and vision in well over a dozen books that he wrote and published. His writings have become the source of inspiration to many Nigerians especially the group of people who identify themselves with his ideology and seek to propagate Awoism, his political ideas and ideology for good governance, federalism, political development and stable polity in a diverse Nigerian society.

In 1967, he was appointed the Federal Commissioner for Finance. In this position, he managed the Nigerian economy well throughout the Nigerian Civil War, 1967-1970. He resigned from the Federal Executive Council in 1971 and advocated for the return to civil rule.

In 1978, following the lifting of the ban on political activities and the transition to civil rule and the Second Republic, Awolowo established the Unity Party of Nigeria, one of the most formidable political parties in the country. He contested the presidential election and lost to Alhaji Shehu Shagari of the National Party of Nigeria.

On the 9th of May 1987, Nigeria lost a great journalist, erudite scholar, philosopher, politician, nationalist and outstanding administrator; Chief Obafemi Awolowo. The federal government put his portrait on the country’s hundred naira note.