Nutrient cycles refer to the circulation of certain nutrients like nitrogen, carbon and water in nature.

Nitrogen cycle is nature’s way of regulating the amount of nitrogen in the soil and air.

These are the ways by which nitrogen is added to the soil in the Nitrogen cycle: 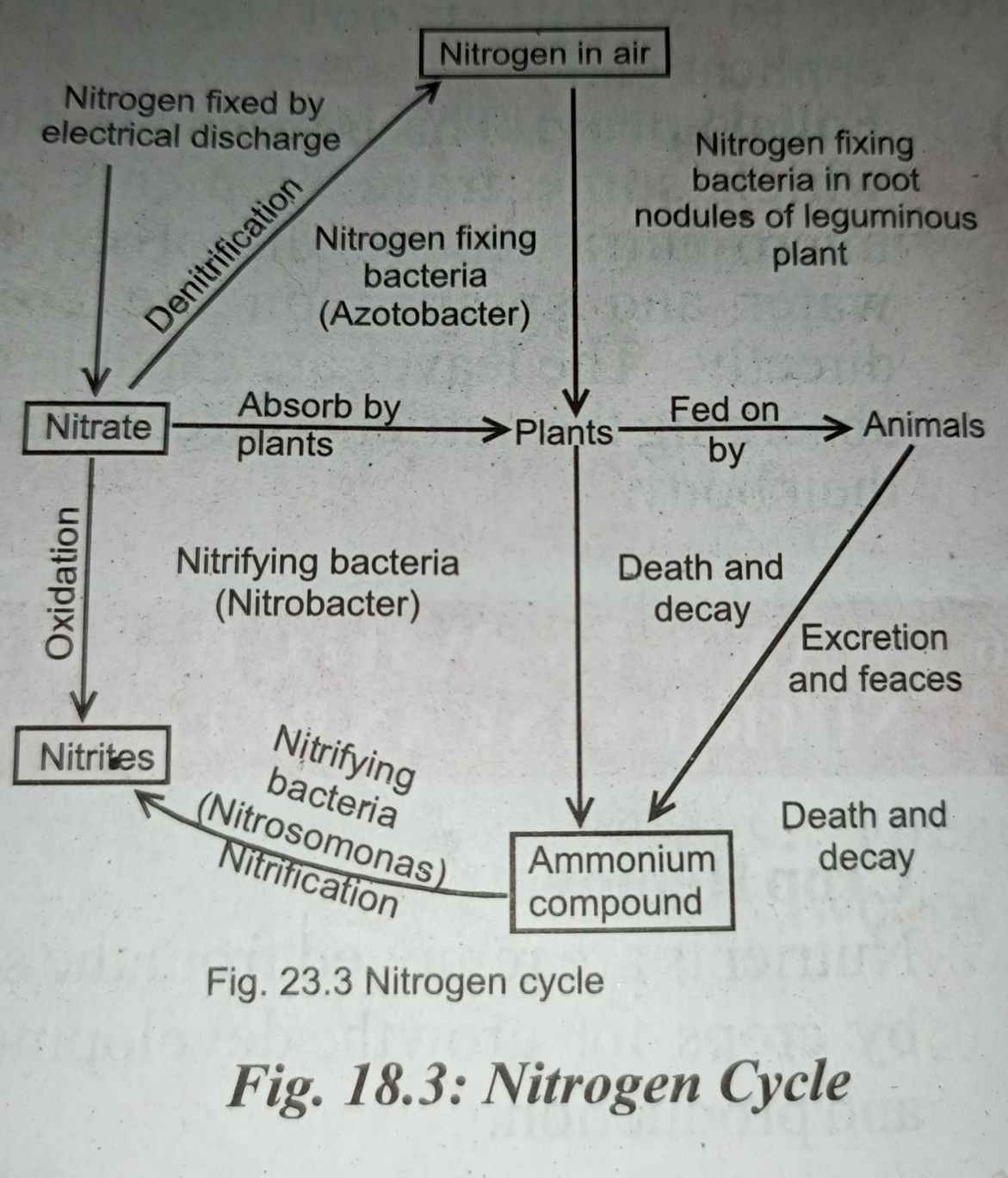 Soil can gain nitrogen through the following ways:

Ways by which Soil Nitrogen is lost From the Soil

Carbon cycle involves the series of processes which contribute to the circulation of carbon in nature. 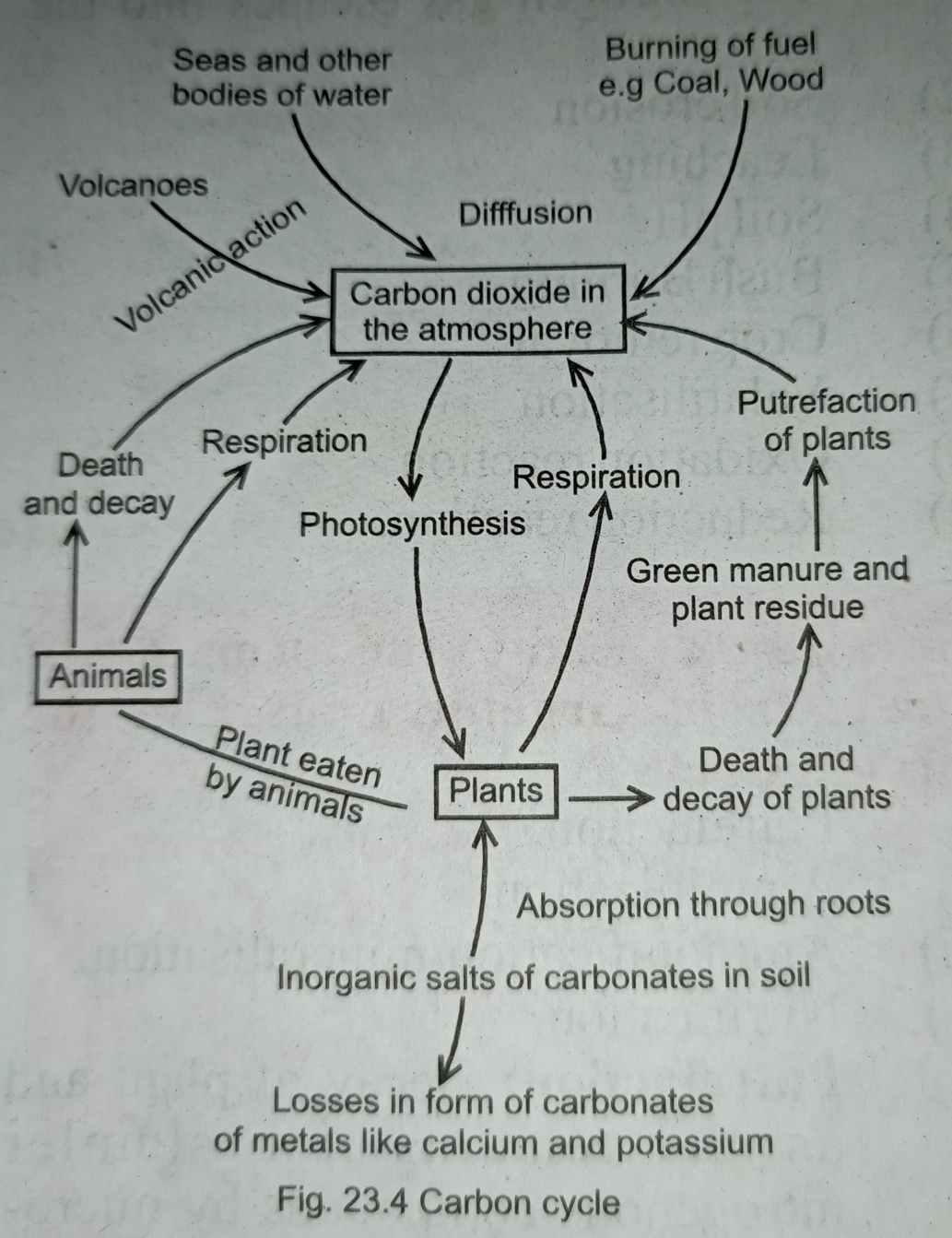 The atmosphere gains carbon dioxide through: 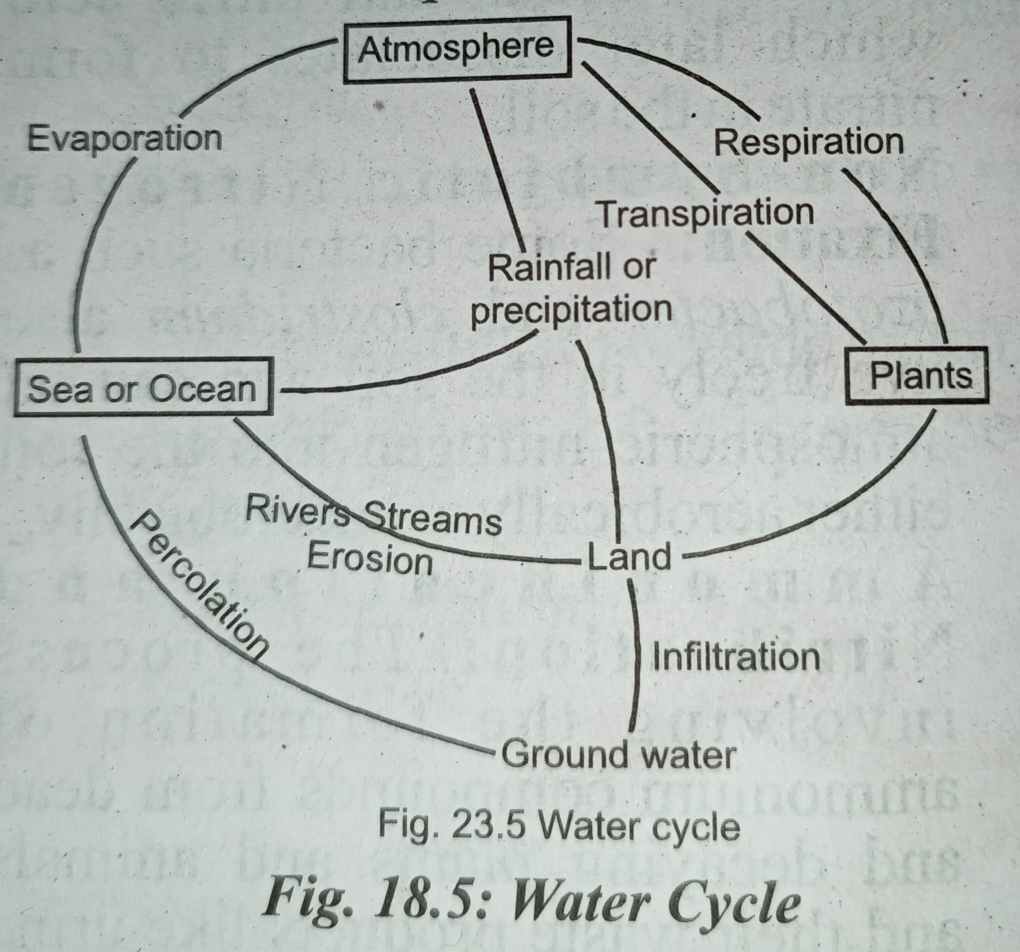 The atmosphere receives water through:

The land receives water through:

Importance of water to crops

Forms in which water exists in the soil

The forms in which water exists in the soil include:

Ways of conserving water in the soil