Graphite exists as black, slippery, hexagonal crystals. The carbon atoms in graphite, form flat layers, and are joined together by strong covalent bonds. These layers are arranged in parallel, one above the other, with weak intermolecular forces operating in-between the layers. These weak forces allow movement of the plane parallel over each other. 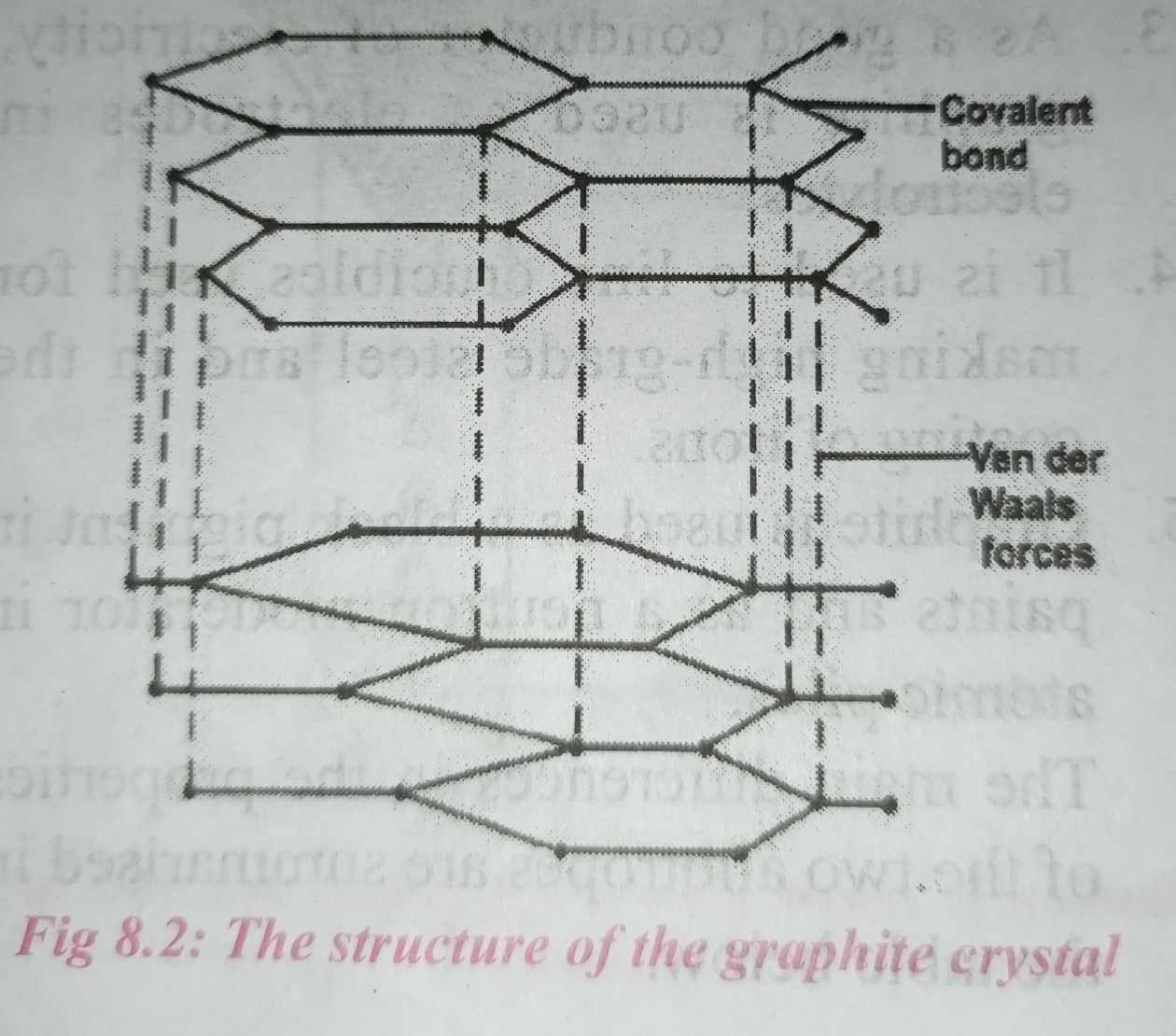 Graphite occurs in nature. It is also produced industrially by heating coke to a high temperature, in an electric furnace. This process is called the Acheson process.

The main differences in the properties of the two allotropes are summarised in the table below. 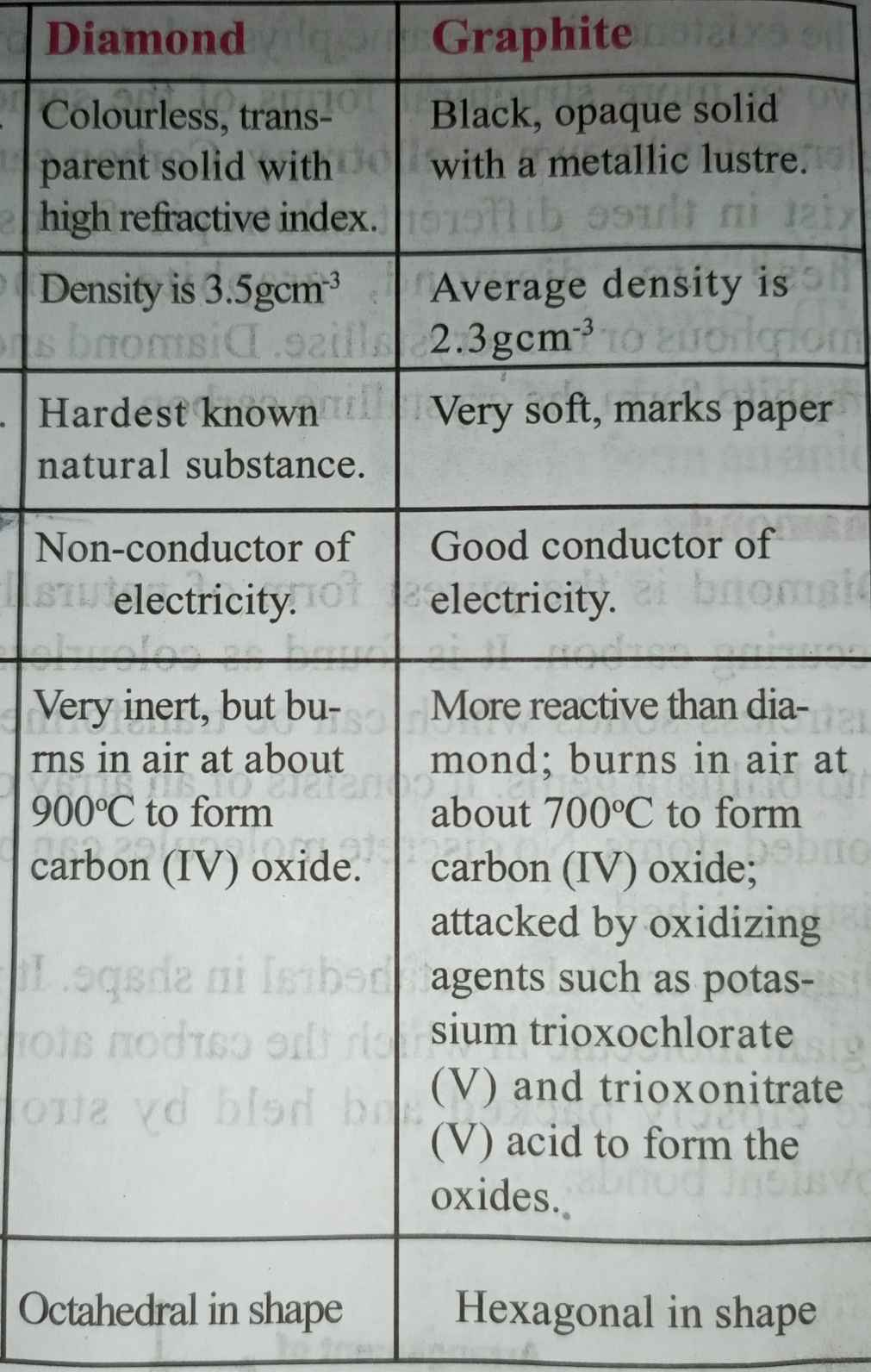