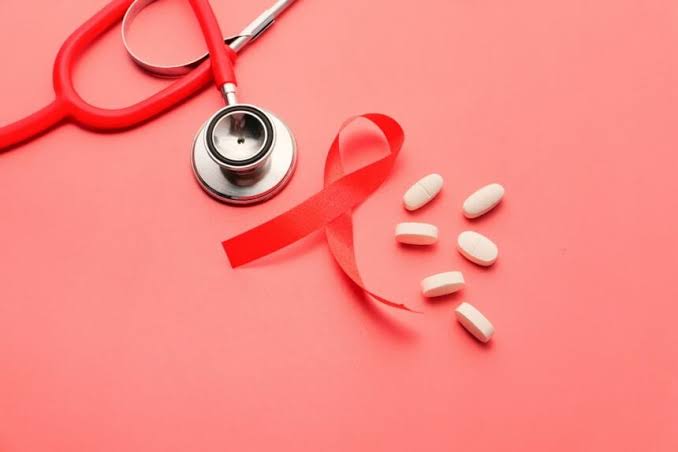 HIV stands for Human Immunodeficiency Virus. HIV is the virus that causes AIDS. People become infected with HIV when the virus is transmitted into their blood stream. This happens when a person is exposed to HIV infected body fluids through blood or exchange of sexual fluids. AIDS stands for Acquired Immune Deficiency Syndrome. A syndrome is defined as a sequence of infections. When a person has AIDS, it means that his/her immune system has been completely weakened and the body cannot defend itself against any infection. This may lead to infections such as pneumonia, tuberculosis (TB), persistent diarrhea etc.

A person with HIV does not show any immediate symptoms. In fact, such person can appear and feel healthy for many years. After sometime, the virus begins to destroy the person’s immune system. Eventually, the victim’s immune system is depleted and the body becomes defenseless against the slightest infection such as the common cold. From that moment on, series of ailment (i.e. syndrome) set in, as the victim reaches the full blown stage of the infection described as the Acquired Immune Deficiency Syndrome. AIDS therefore is the last stage of HIV infection.

A person who has reached the AIDS level of HIV infection exhibits the following signs of illness:

Sexually Transmitted Infections (STIs) are infections that spread from one person to another during sexual activities. HIV is a type of sexually transmitted infection. Others are: gonorrhea, syphilis, staphylococcus genital ulcers and warts etc. Not all STIs have cures; severe cases of certain STIs can lead to death. HIV is different from other STIs because it destroys the body’s defense system.

The major way to know whether anyone is infected with HIV is by taking an approved HIV blood test in the hospital or clinic. However, with advancement in medical science and technology, people can now independently check their HIV status at home using disposable HIV test kits. One cannot know his/her HIV status by the way one feels or appear. A person with HIV may feel healthy for many years after being infected. But once HIV is in the body system, such person can infect others without knowing it. This can occur through unprotected sex, during pregnancy, during delivery of the child or breastfeeding of a child and sharing sharp objects. One cannot determine other’s HIV status by the lifestyle they live or the way they look. A person with HIV may look the same or even better than a non-HIV carrier person.

It must be noted and emphasized, that everyone should know their HIV status. Also, the only effective way of knowing one’s HIV status is by doing the HIV blood test in the hospital, clinic or specialized laboratories. These clinics and hospitals are all over Nigerian communities and the test is free.

The following are some of the main ways of preventing the spread of HIV in our community and country. These ways are often called “ABC” which is summarized thus:

“A” stands for complete ABSTINENCE: This means that one should not engage in sexual activities until one is married. Sexual intercourse before marriage is immoral and sinful; even our society frowns at such act as indiscipline. Sexual intercourse is the most common way of contracting HIV.

“B” stands for BEING FAITHFUL to one’s partner especially those that are married and any one in a relationship. HIV spreads easily by having many or multiple sexual partners. Faithfulness to one’s partner is one of the ways of curbing HIV in the world. In Nigeria, it is often a taboo for a married man or woman to engage in extra marital affairs.

“C” stands for CONDOMS. Condoms were actually made for married people to prevent unwanted pregnancy and to provide safer sex for those who cannot abstain from having sex. This does not mean that sex is recommended for unmarried persons. Sex is meant for married men and women. Students of secondary age should desist from having premarital not only because it is an act of immorality, but to prevent unwanted pregnancy and spread of STDs. The letter “C” should also be understood as CAUTION; .i.e. everyone should take caution to avoid taking unscreened blood or sharing of sharp objects.

Stigmatization simply means labeling, rejecting or ostracizing a person with a physical or health problems. For example, among the Yoruba tribe of Nigeria, a one eyed man is labelled “Oloju kan”. The same among the Hausas is called “Iddo-Diya”, while the Igbos call them “Onye Ofu Anya”. People with such disability and other ailments are usually looked down upon.

Stigmatization is common because of ignorance and low literacy level among people; however, it must be discouraged. We should enlighten people that stigmatization is a negative and bad attitude to sick people. For instance, avoiding or denying people living with HIV job opportunities is counter-developmental to any modern society. Sickness is not a sin and anyone who is sick needs help and assistance.

Having HIV/AIDS is not a moral issue. HIV is not a sin or a crime. Anyone who is sexually active can be exposed to HIV. Anyone who is sick might need blood transfusion and such could be at the risk of contracting HIV. Unknowingly, people have been infected by sharing sharp objects. Any child or infant that is breastfed by an infected mother is at risk of getting HIV. Therefore, anyone living with HIV should not be stigmatized. They can still contribute their quota to the development of the nation when encouraged by people and the society at large.

The reality is that anyone living with HIV needs help; proper care and encouragement. The act of stigmatization must stop. Stopping stigmatization could encourage an HIV victim to fulfill his/her dream as a member of the community and increase his/her chance to contribute to the development of the nation.