“It is the degree of responsiveness of demand for goods to a change in income”. It is the extent to which demand changes as a result of increase or decrease in income. Additional income is mostly spent on luxurious or semi-luxurious items, and not very much on goods of necessity like garri, fish, yam, etc. Thus the demand on necessity is income inelastic, while the demand on luxurious items is income elastic. 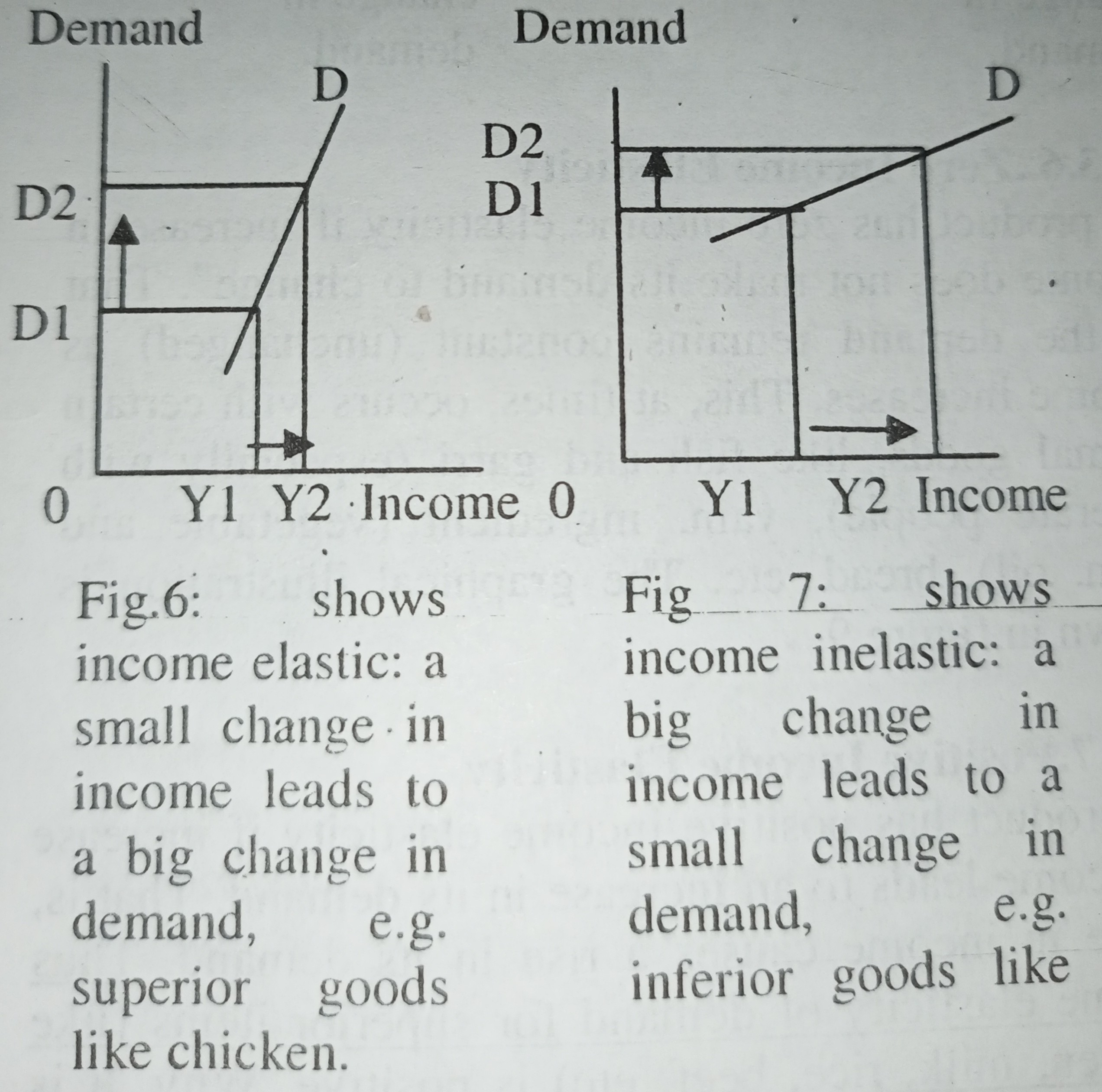 “The demand for a product is unit-income elastic if a certain percentage change in income yields (gives) equal percentage change in quantity demanded”. This mostly occurs with semi-luxurious goods like beverage, powdered milk (sachets), groundnut oil, etc. The graphical illustration is shown in figure 8.

“A product, has zero-income elasticity if increase in income does not make its demand to change”. That is, the demand remains constant (unchanged) as income increases. This, at times, occurs with certain normal goods, like fish and garri (especially with illiterate people), yam, ingredient (vegetable and palm. oil), bread. etc. The graphical illustration is shown in figure 9.

A product has negative income elasticity if increase in income causes a fall in its demand. Thus income elasticity of demand for inferior goods (black plantain, cocoyam, tapioca, sweet potatoes, ice fish, etc) is negative. Why, It is because income and demand move in the opposite direction. The graphical illustration is shown in figure 11. 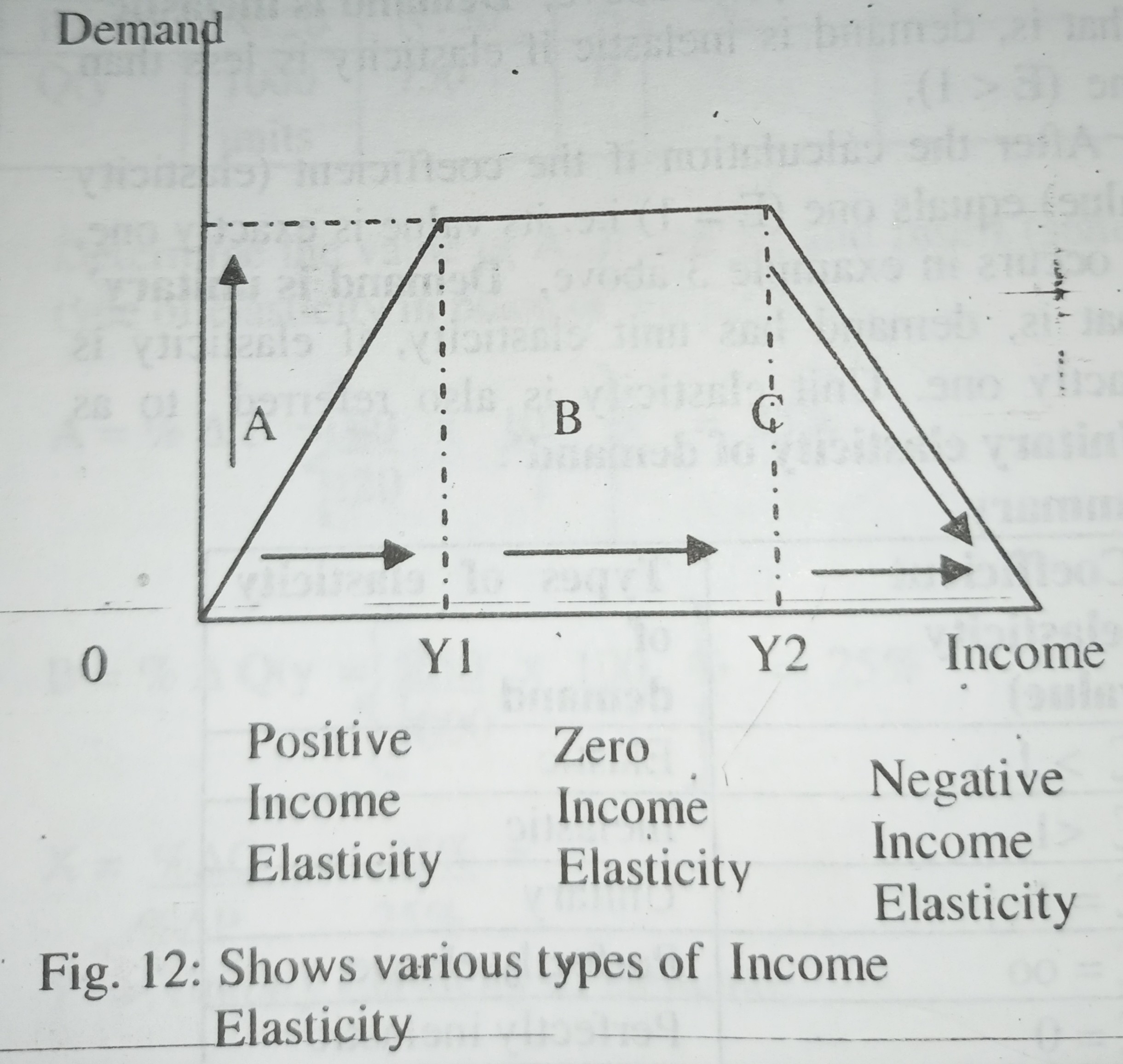 Income elasticity may also be defined as

And we can apply this definition in measuring income elasticity as follows:

Income elasticity is abbreviated as “Ey’

A teacher on a monthly salary of N3,000 buys half kilo of beef weekly. Consequent upon (as a result of ) his salary increase to N4,500, the quantity of beef demanded rise to 1 1/2 (one and half) kilo weekly. Calculate his income elasticity, and determine the type of income elasticity that faces him.

Let us adopt the tabular approach in finding solution (answer) to the above question. This is shown in the table below.