The people of Benin have lived at their inland settlement for many centuries. They speak Edo language. Some historian trace the founding of Benin to about 12th century. It is therefore correct to say that the Benin people were already a flourishing community with their king by the late 14th century.

Oral tradition speaks of an early dynasty of Benin kings. This was the Ogiso dynasty which ruled before the late 14th century. The first Ogiso king was called Obagodo, while the last Ogiso ruler was called Owodo. The second dynasty was founded by Prince Oranmiyan who was sent to Benin by his father, Oduduwa. Oranmiyan married the daughter of a chief from the village of Ego, five miles outside Benin who gave birth to a son. This son was named Eweka and he became the first king of the second dynasty. In this way, Benin has been linked by tradition, to the people of Ile-Ife.

The culture of the people of Benin is seen in their work of arts and ways of life. The Benin people are associated with wood and ivory carvings. A richly designed sub-type of the Benin crafts exists in form of bangles, fashion accessories and musical instruments.

The Igue is a festival that marks the end of the Edo calendar and ushers in a new one with renewed hope for peace and prosperity. The Igue festival is significant in uniting the Edo people of Benin.

THE SIGNIFICANCE OF THE BENIN IN NIGERIAN HISTORY

Benin was an important kingdom in the history of Nigeria. Benin had a powerful empire which maintained regular diplomatic contacts with Portugal as early as the 15th century. Benin Empire extended to Lagos in the West, and in the East to the shores of the Niger River. Benin culture had impact on many of her vassal states. For these vassal states, it was considered an honour to have a chief of semi-divine nature who was called Oba. Some vassal states adopted Benin monarchical system of administration. Traditional titles were ranked in order of seniority and arranged into different categories. The Benin bronze works gives us some evidence of cultural advancement which is universally recognized.

BENIN BRONZE HEAD AND OTHER ARTEFACTS

Benin bronze heads and other artefacts are relics of Benin’s cultural heritage. There is no reliable archaeological dating for the various styles of Benin bronzes. The only archaeologically dated bronzes of Benin are manillas and bracelets dated 13th century. 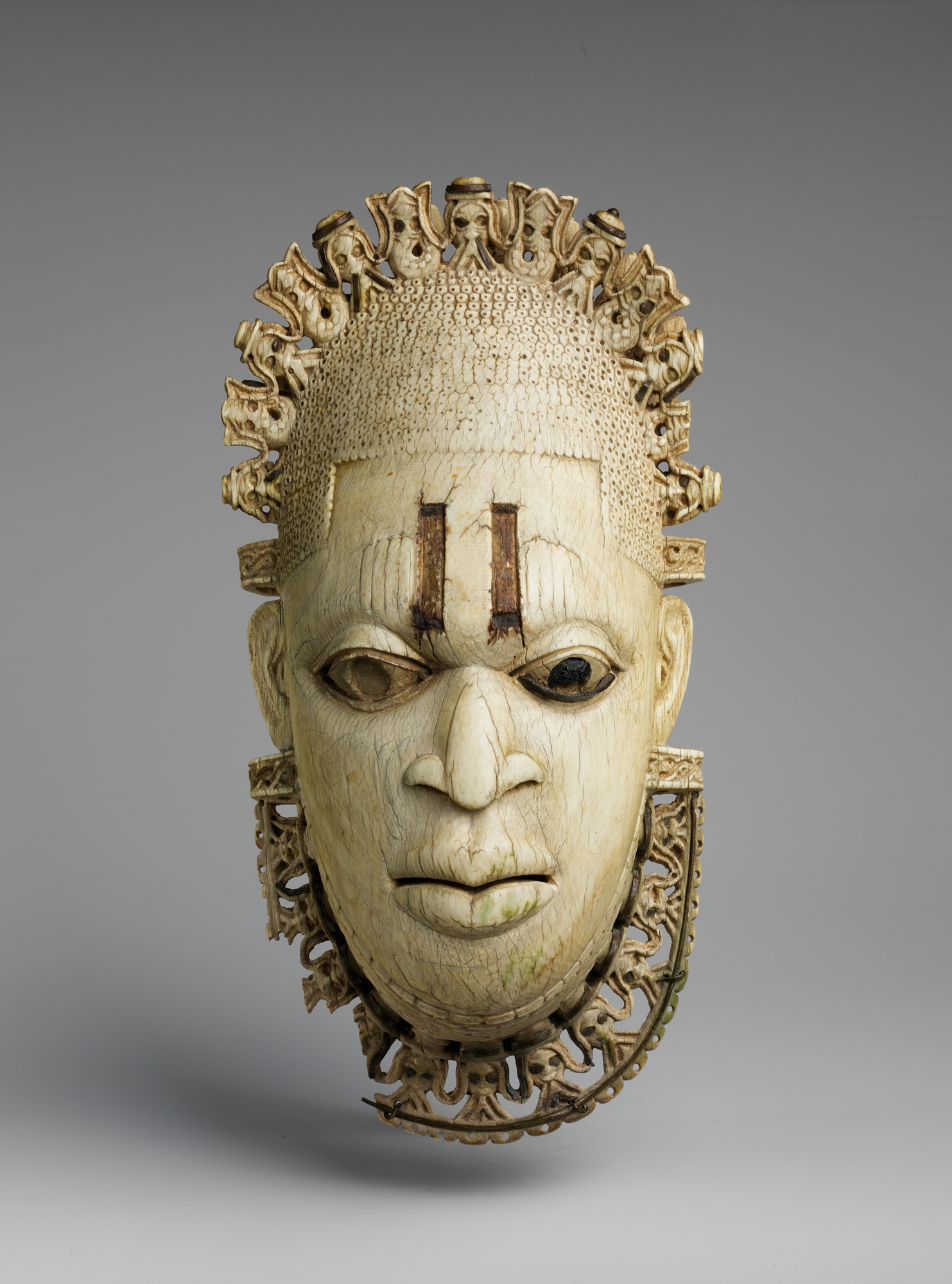 Benin bronze heads are similar to the Ife bronze sculptures. Benin work of arts was at its peak during Oba Esigie’s reign (1504-1550). Examples were shrine sculptures of Queen Mother and king’s court. A Benin ivory mask depicting an Oba in his regalia was the celebrated symbol of FESTAC in 1977. By 1897, most of the bronze and brass castings were taken to Europe by the British following the invasion of Benin. Most of the artworks were lost during the Second World War (1939-1945). 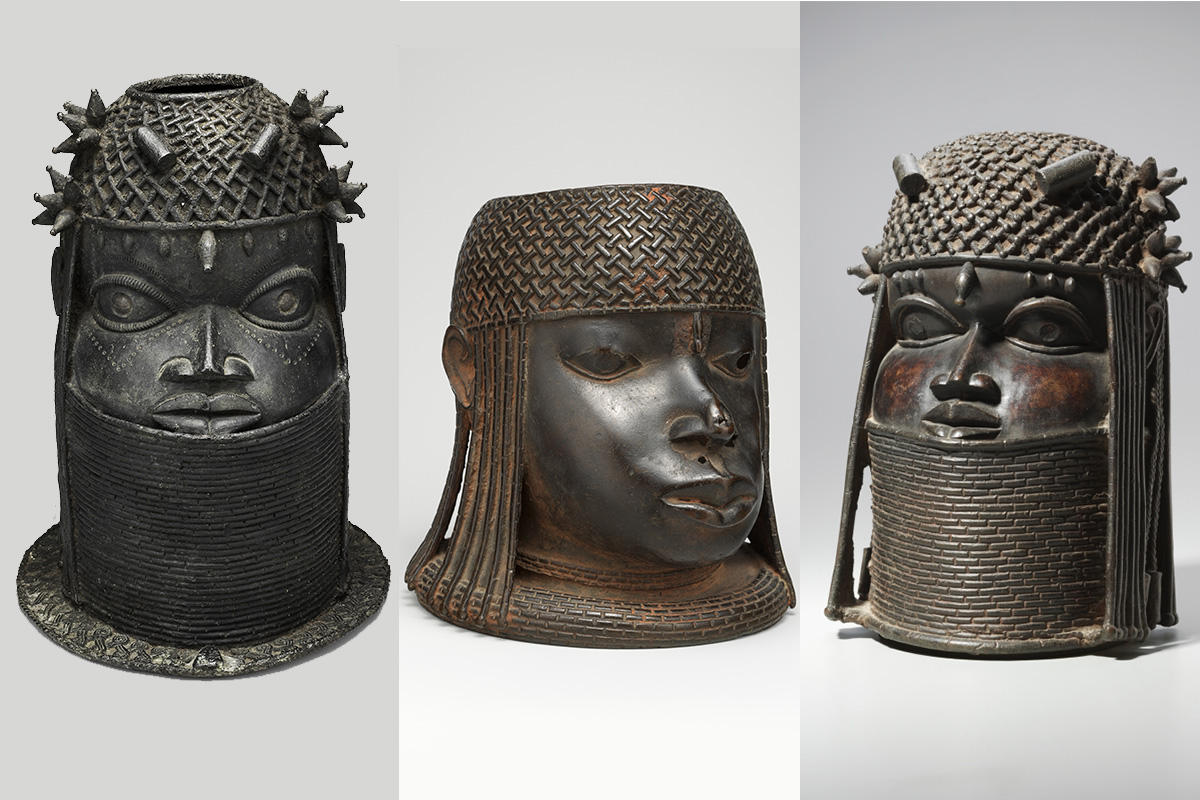 BENIN RELATIONS WITH HER NEIGHBOURS

Benin derived its wealth from collecting tolls and taxes from slave traders. It was evident that Benin used small white shells (cowries) as currency before the Europeans arrived on the coast.

At its peak of greatness, Benin Empire extended to distant Yoruba territories such as Akure, Owo and Lagos. To the south, Benin had political and commercial relations with the Ijaw and Itsekiri. The founder of the kingdom of Itsekiri, Ginuwa, was a Benin prince who was not liked by the chiefs in the 15th century. He proceeded to establish his domain in Itsekiri-land.

The Olu of Itsekiri and the Oba of Lagos recognized the influence of Benin by paying tributes and presenting gifts to the Oba of Benin in those days. Benin’s relationship with Esan, Afenmai and Urhobo was based on dynastic ties. Benin people established relationships with Igbo their neighbours. Benin’s influence extended to as far as the bank of the River Niger.

The major characteristics of Benin culture are identified from the people’s political, economic and social life.

Benin’s political way of life is seen in its political organization. The king was the head of the administration. He had a council called the Uzama, which assisted him. The Uzama was made up of six hereditary nobles. Benin villages were under the leadership of chiefs called Enogie. The Enogie and the Uzama assisted the king or the Oba in the administration of Benin.

Benin people had a flourishing trade. This helped the kingdom in the area of revenue generation and development of Benin infrastructures. Benin trade comprised of products like cast brass, ivory, pepper and clothes. Of these items, brass, ivory and cloth were the most important. In the 17th century, they made up the products for which the English and Dutch fiercely competed to buy.

In the social sphere, the Edo people of Benin had an elaborate festival called Igue. This festival marks the end of the Edo calendar year and ushers in a new one with renewed hope for peace and prosperity. The Igue is also one of the several major festivals and religious rituals. The Igue festival was originally celebrated during the month of September until Oba Akenzua II made adjustments to the ceremony and moved it to December. The Igue festival unites the Edo people. An important feature of this festival is that it is usually held at night, the only time when the Oba’s wife is seen by the people and also the time during which the Oba wears full traditional regalia and dance with the royal team in the presence of his subjects. During the celebration, men are expected to put on red cap.