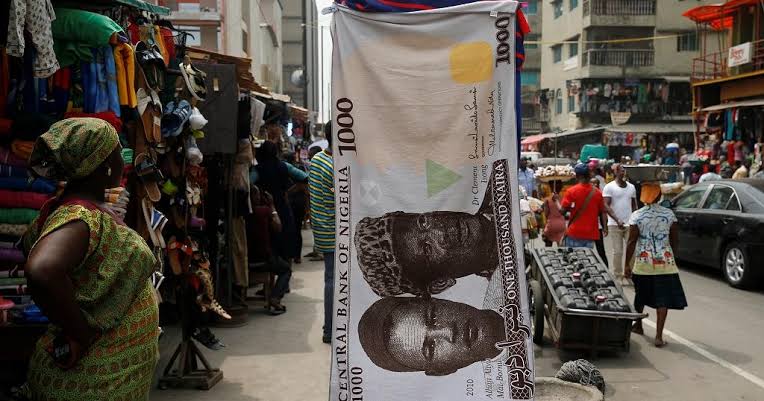 Commercial activities involves the buying, selling and distribution of goods and services in Nigeria. It involves trading, transportation and communication within and outside the country.

The types of Commercial activities in Nigeria include the followings:

Trade in Nigeria involves the buying and selling or exchange of goods and services between one region of Nigeria and another or between Nigeria and other countries.

Types of Trade: There are two types of trade in Nigeria. These are:

2) Internal or Domestic Trade: This is the type of trade which involves the buying and selling or exchange of goods and services within the country or between one region in Nigeria and another. The pattern of internal trade in the country is usually between southern and northern Nigeria.

3) External or International Trade: This is the type of trade between Nigeria and other countries like Britain, U.S.A ., Japan and other African countries.

The following factors account for the favourable internal trade in Nigeria.

LIMITATIONS OR PROBLEMS OF INTERNAL TRADE

The following limitations or problems retard the level of internal trade in Nigeria.

Stock exchange market is a highly organised market where investors can buy and sell existing securities like shares, stocks, debentures, gilt edge etc. This is a market where those who are interested in purchase of securities are brought into contact with the sellers. The stock exchange is an essential part of the capital market. It serves as a source of raising capital as well as forum for financial investment. The market deals in old existing shares only, i.e ., new ones are not traded in it.

Functions of the Stock Exchange

Procedures of Transaction at the Stock Exchange

Buying and selling at the stock exchange is facilitated by the brokers and jobbers. Not everybody is permitted to trade directly at the exchange except the members. The actual dealer in securities are the jobbers who tend to specialise in particular types of stock while the brokers act as agents for potential buyers. A broker working on behalf of a client will approach the jobber with the intention of knowing the price. The jobber will then quote for him two prices: higher price as the selling price and lower price as the buying price. The difference is the jobbers’ turn. When the broker signifies his intention to buy, the necessary documents will be prepared.

a) Contract Note: This is a document sent by a broker to his client to confirm a purchase or sale made on his behalf. Contract note will give details on:

b) Transfer Form: After settlement of payments, a document called, transfer form will be prepared. The transfer form is a document used to transfer ownership of shares. The seller of the shares must sign the form which authorises the removal of his name from the share registration records of the company. The broker, acting for the buyer will complete the form and send to the company’s registrar. This will be sent with the share certificate of the seller and on that strength, a new certificate will be issued to the new shareholder.

Money market can be defined as a market for short-term loan. The market consists of institutions or individuals who either have money to lend or wish to borrow on a shortterm basis.

Instruments used in the money market

Institutions involved in the money market

Institutions involved in the money market include:

Capital market is a market for medium-term and long-term loans. The capital market serves the needs of industry and the commercial sector. It comprises all the institutions which are concerned with either the supply of or demand for long-term capital.

Instruments used in capital market are mainly stocks and shares. Stocks and shares are securities purchased by individuals, which is an evidence of contributing part of the total capital used in running an existing industry. At the end of a normal business year, stock and share holders receive dividend as a reward for contributing the money in running the business.

Institutions involved in capital market include:

New Issue Market: The new issue market is part of the capital market which deals with new public issues of securities, e.g. stocks and shares.

The foreign exchange market is a global decentralized market for the trading of currencies. The main participants in this market are the larger international banks. Financial centers around the world function as anchors of trading between a wide range of different types of buyers and sellers around the clock, with the exception of weekends. The foreign exchange market works through financial institutions, and it operates on several levels. Behind-the-scenes banks turn to a smaller number of financial firms known as dealers who are actively involved in large quantities of foreign exchange trading.

Most foreign exchange dealers are banks, so behind- the-scenes market is sometimes called the ‘interbankmarket’, although a few insurance companies and other kinds of financial firms are involved. Trades between foreign exchange dealers can be very large, involving hundreds of millions of dollars and pounds. Because of the sovereignty issue when involving two currencies, Forex has little (if any) supervisory entity regulating its actions.

The foreign exchange market assists international trade and investment by enabling currency conversion. For example, it permits a business in the United States to import goods from the European Union member states, especially Euro zone members, and pay euros, even though its income is in United States dollars. It also supports direct speculation in the value of currencies, and the carry trade, speculation based on the interest rate differential between two currencies.

The modern foreign exchange market began forming during the 1970s after three decades of government restrictions on foreign exchange transactions (the Breton Woods System of monetary management established the rules for commercial and financial relations among the world’s major industrial states after World War II), when countries gradually switched to floating exchange rate regime, which remained fixed as per the Breton Woods System.

The foreign exchange market is unique because of the following characteristics:

The evolution of the foreign exchange market in Nigeria up to its present state was influenced by a number of factors such as the changing pattern of international trade, institutional changes in the economy and structural shifts in production. Before the establishment of the Central Bank of Nigeria (CBN) in 1958 and the enactment of the exchange control Act of 1962, foreign exchange was earned by the private sector and held in balances abroad by commercial banks which acted as agents for local exporters.

However, it was not until 1982 that comprehensive exchange controls were applied as a result of the foreign exchange crisis that set in that year.

IMPORTANCE OF COMMERCIAL ACTIVITIES IN NIGERIA