The Simple Past Tense

But the past tense of irregular verbs is formed in various ways (e.g. by vowel change, no change, or word mutation): 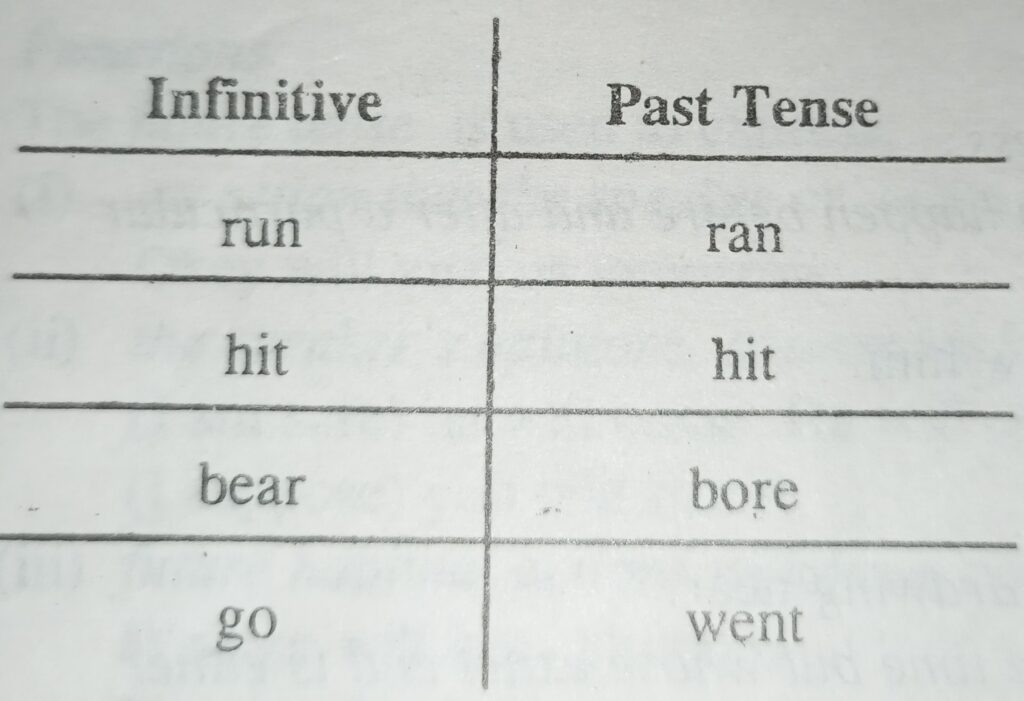 It must be noted, however, that whether regular or irregular, the simple past form of a verb does not inflect for number. Its spelling or form remains the same for both singular and plural numbers (e.g. I/We/They/You/He ate the food and praised the cook).

The simple past tense is used to express:

I) an action that took place in the past:

II) a habitual, or regularly performed, action in the past:

III) an action in the present time with such phrases as as if, as though:

The Past Continuous Tense

The past continuous tense is used to express:

I) an action or state which continued to happen before and after a particular time in the past:

II) a gradual development in the past.

III) past actions which continued for some time but whose exact end is either unknown or unimportant:

It was a still night. Every creature was sleeping except Obodo. He was thinking about his lost manhood when, suddenly, he heard a knock on his door and woke up, shivering. (Note the combination of past tense and past continuous tense in narratives.)

V) a temporary situation in the past:

Save
Tags: past, tense, was