Examples of fishing tools or gears commonly used to harvest fishes are:

Fishing nets are generally used for the harvesting of fish(es) from either ponds, streams, rivers, lakes, oceans or sea.

There are various kinds of nets commonly used. Examples are:

a) Scoop Net: This is a small net which may be rectangular or cylindrical in shape with the required or regulated mesh size. It has a wide mouth and a short / long wooden handle. After the pond has been drained, harvesting can be done with a scoop net. 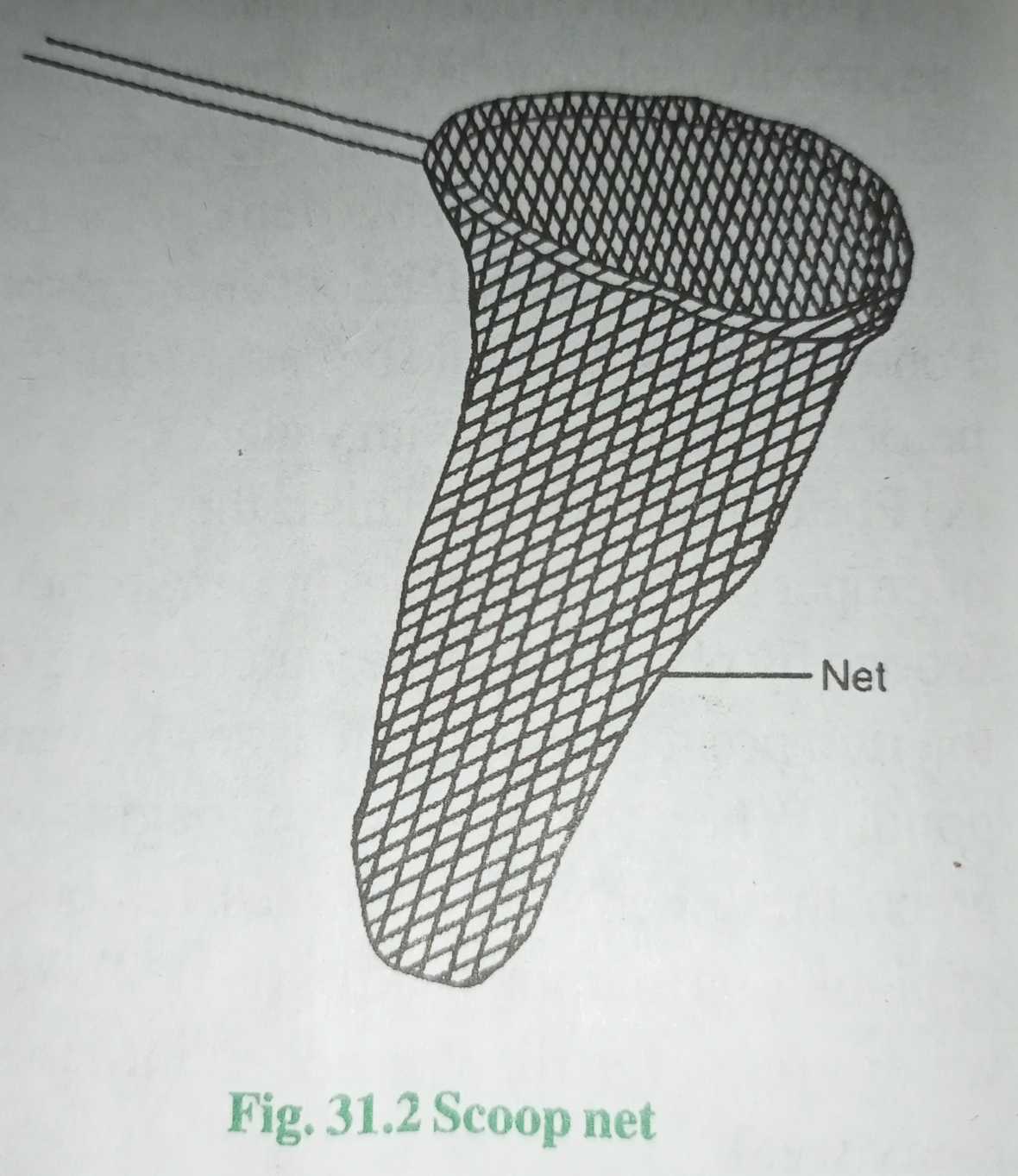 They are called gill nets because the fish pokes its head through the net mesh and is caught around the gills as it tries to wriggle through the net. The gill nets have lead sinkers (weights) at the bottom rope and floats at the top ropes.

c) Seine net: A seine net is capable of collecting all the fishes in the pond at once because it has smaller mesh size than the gill nets. It is made of heavy fibres to hold the fish. The nets usually have lead sinkers (weights) attached to the bottom ropes. These weights hold the nets at the bottom of the pond so that the fish cannot escape underneath the nets as they are pulled. The nets also have floats attached to the top ropes to help the net form an enclosure. Seine net is used with trawlers called fishing trawlers. 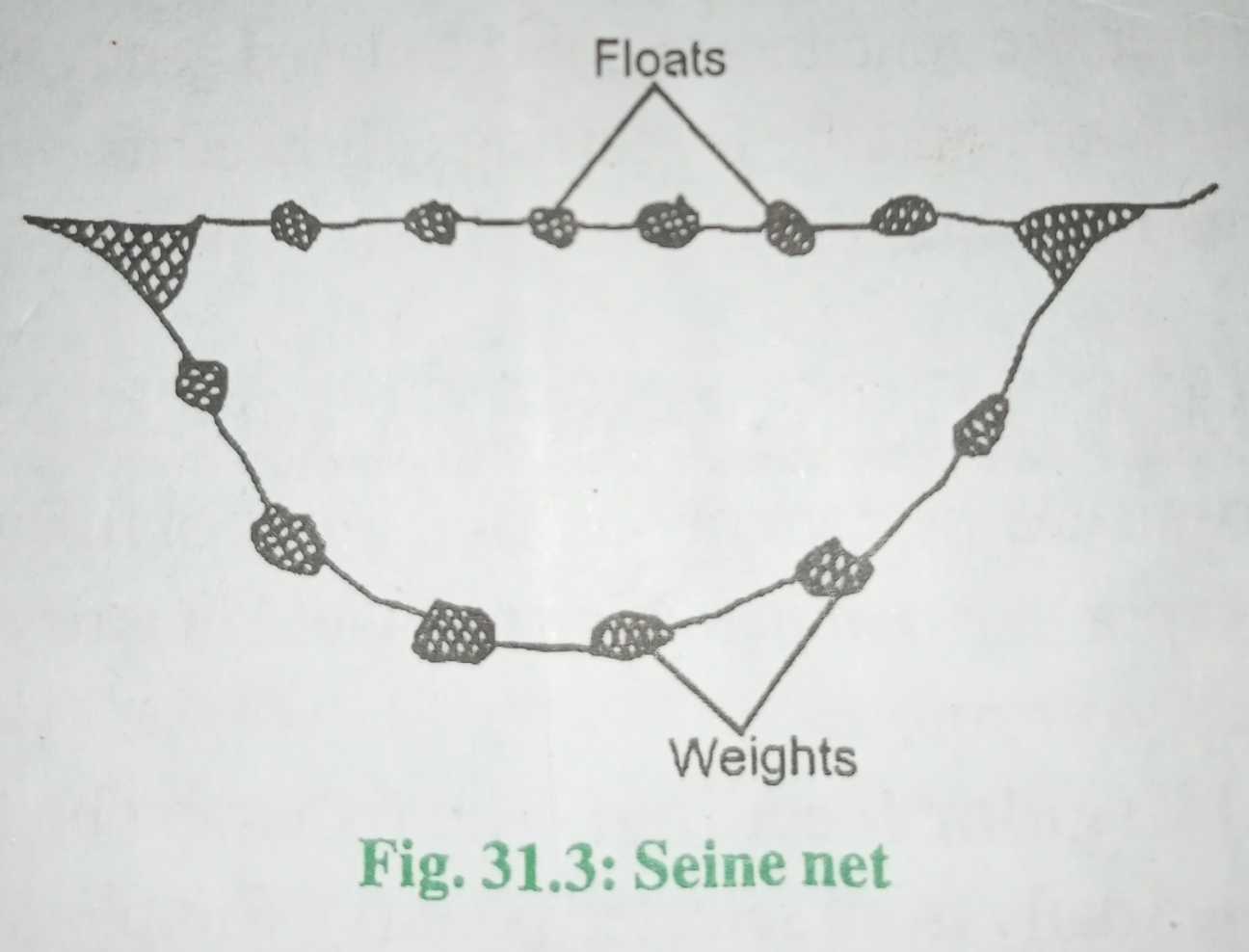 d) Fishing trawler: This is a large fishing boat in which large nets called seine nets can be attached. It is used for harvesting large fish(es) in the deep sea or oceans. The net can or is capable of harvesting or catching large quantities of fish(es) at a time for commercial purposes.

e) Fishing basket: This is a fishing tool designed like a basket. It has a cylindrical shape with a wide mouth. It has a trigger close to the mouth while at the taper end, holds the food (bait). The bait attracts the fish and when it enters the basket, the trigger is pulled down as the body of the fish touches it and this closes the mouth of the basket. By so doing, the fish cannot come out of the basket as it is being trapped.

f) Hook and line: The hook and line is also a fish harvesting tool. It has a long wooden handle, a long line, rope or twine, a float and a hook. The principle used in hook and line fishing is to offer the fish a bait (usually a small piece of fish or earthworm) fixed to a hook at the end of the line or rope. The fish, while trying to bite the bait, swallows the hook and thus gets caught. 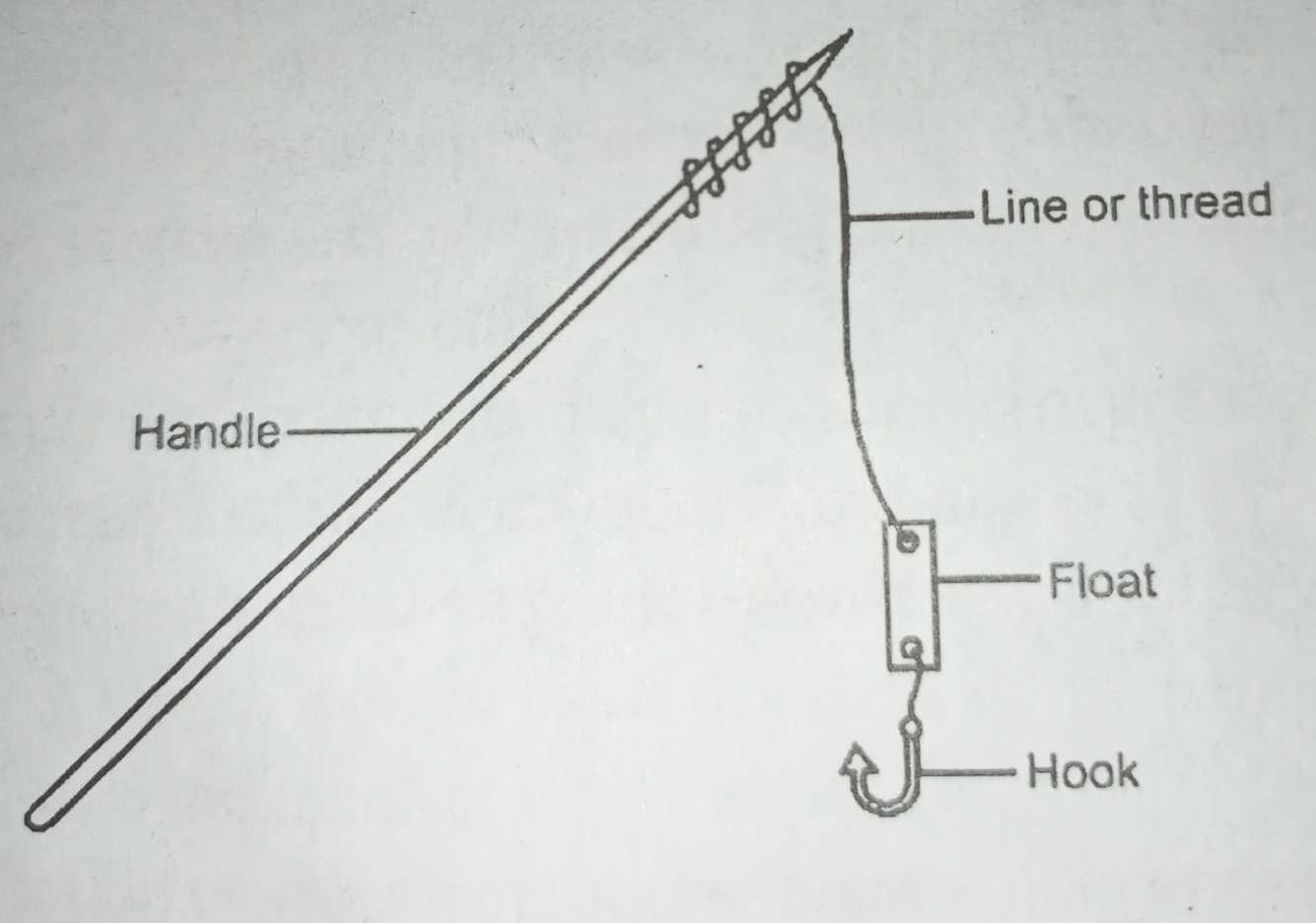 Other methods of harvesting fish include

BASIC LAWS AND REGULATIONS OF FISHING

Fishery regulation is a set of rules and laws governing the exploitation and other practices of fishery resources, especially in open access water. In other words, fishery regulations are laws made by the government in order to control and protect fish harvesting so that they do not go into extinction and for them (fishes) to be in regular supply from time to time.

Fishery regulations or decree in Nigeria was promulgated in 1971 during General Yakubu Gowon’s regime.

There are several ways in which fishery regulations can be made effective in Nigeria. These are: