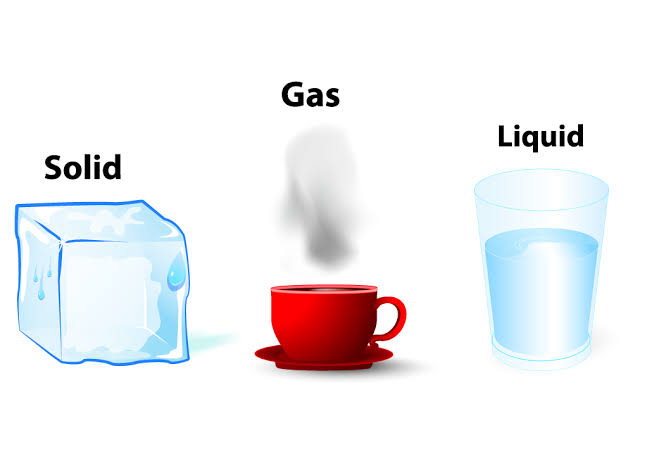 Science interprets nature in terms of energy and matter. Matter, the material of which the universe is composed, may be defined as anything that has mass and occupies space. Mass is a measure of quantity of matter.

Matter exists in three physical states which are gas, liquid and solid. A gas maintains neither volume nor shape; but completely fills any container which it is introduced and may be expanded or compressed within relatively wide limits. A liquid has no fixed shape, but assumes the shape of the container only within the limit of the volume it occupies (definite volume). Volumes of liquids do not vary greatly with changes in temperature and pressure. A solid, under any ordinary condition, maintains definite volume and shape. Observed variations in the volume of solids with changes in temperature and pressure are very small. All matter can change from one state to another when heated or cooled. An example is water.

A matter may be characterised by its intrinsic properties, i.e ., attributes that distinguish it from all other types of matter. Properties such as density, colour, physical state, melting point, hardness and electrical conductivity are known as physical properties because they can be observed without causing any change in the chemical composition of the matter.

The chemical properties of matter are those that describe the chemical changes (chemical reactions) that matter undergoes. For example, the rusting of iron. Properties that are not characteristics of any particular type of matter, such as mass, length and temperature are known as extrinsic properties.

The phases of heterogeneous matter have distinct boundaries and are usually easily discernible. In graphite, for example, it is possible to identify pink feldspar crystals, colourless quartz crystals and shiny black mica crystals. Thus, graphite is said to consist of three phases.

A mixture may be homogeneous or heterogeneous. Homogeneous mixtures are called solution and the single phase in which a solution occurs may be gaseous, liquid or solid. A solution is made up of more than one substance, one being uniformly dispersed in the other.

Each phase of a heterogeneous mixture has its own properties. A homogeneous mixture has a single set of intrinsic properties, but each of these properties depends on the composition of the mixture. The density, taste, boiling point and electrical conductivity, for example, of aqueous salts solutions vary with the proportions of salt and water present. Pure substances are homogeneous materials that have fixed compositions and invariable intrinsic properties.

There are two types of pure substance namely: 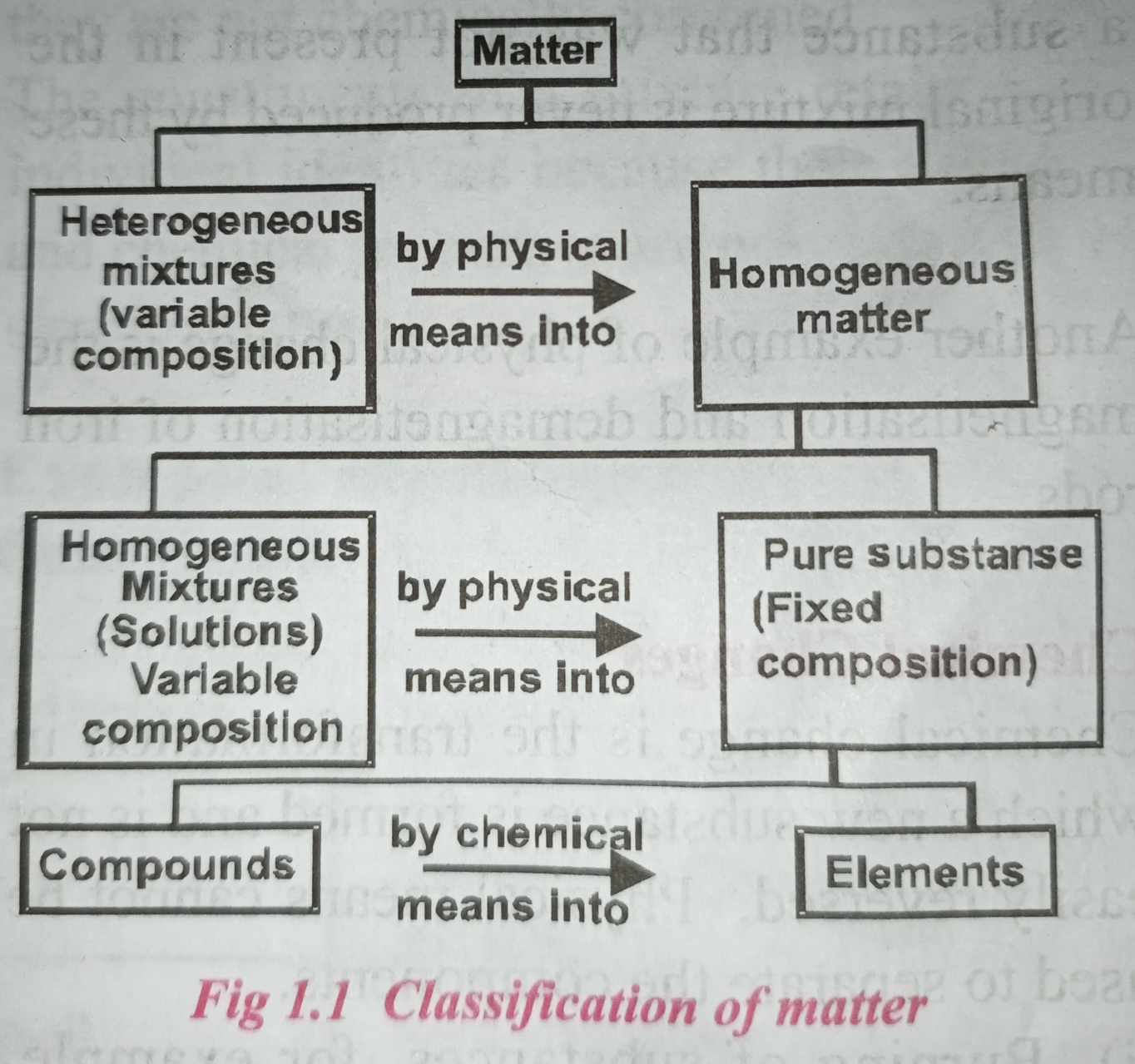 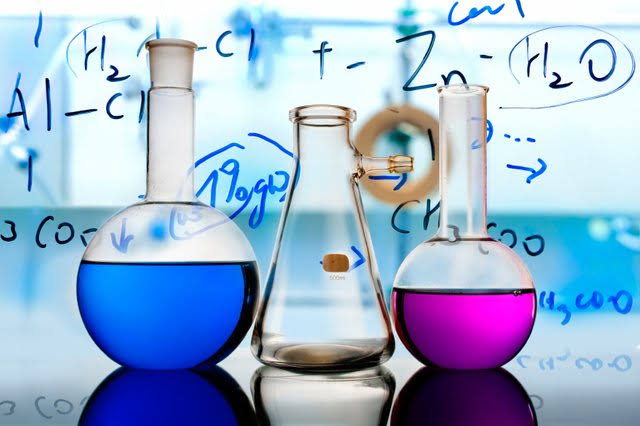 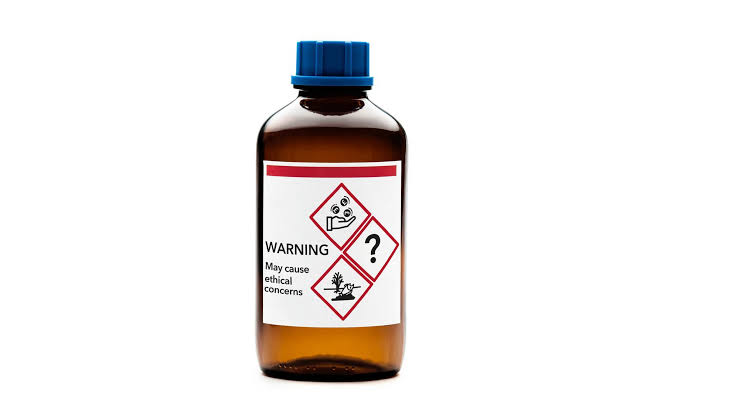