Gregor Mendel (1822-1884) was a monk in an Augustinian monastery in Brunn, Austria. He is often regarded as the father of genetics because his work formed the foundation for scientific study of heredity and variation.

Gregor Mendel carried out several experiments on how hereditary characters are transmitted from generation to generation. He worked with garden pea (Pisum sativum). His major aim was to find out the pattern of inheritance of different characteristics on the pea plant.

Methods used by Gregor Mendel in his experiment

Gregor Mendel decided to use the pea plant for his experiment because of the following reasons:

Methods Used by Mendel in His Experiment

Mendel used artificial method to cross two different plants at a time, which differed in one pair of contrasting characters, e.g. tall and short plants. This procedure was called a monohybrid inheritance and it was an example of complete dominance.

He carried out the experiment in the following order: 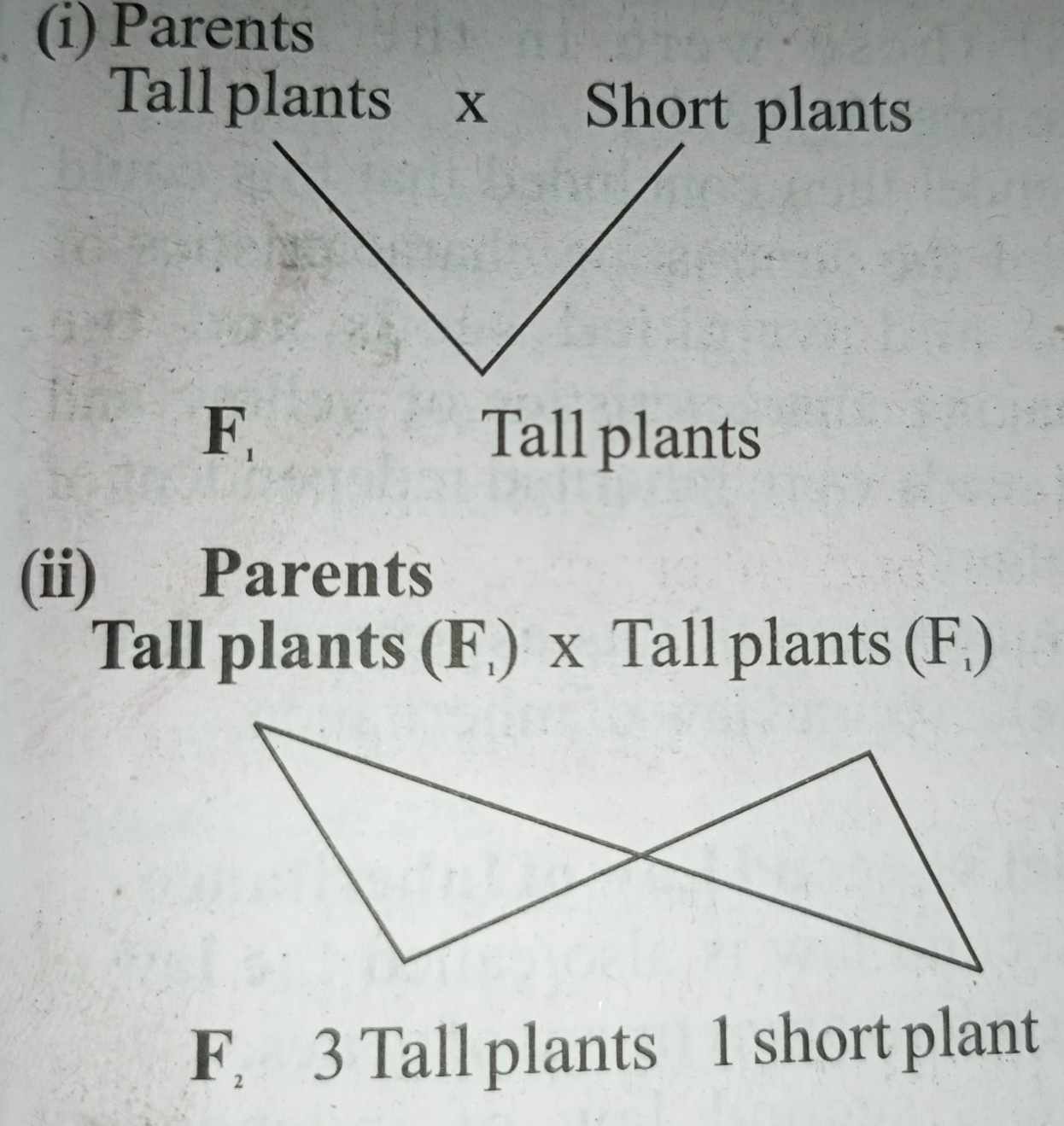 The outcome of this experiment led to Mendel’s first law of inheritance. 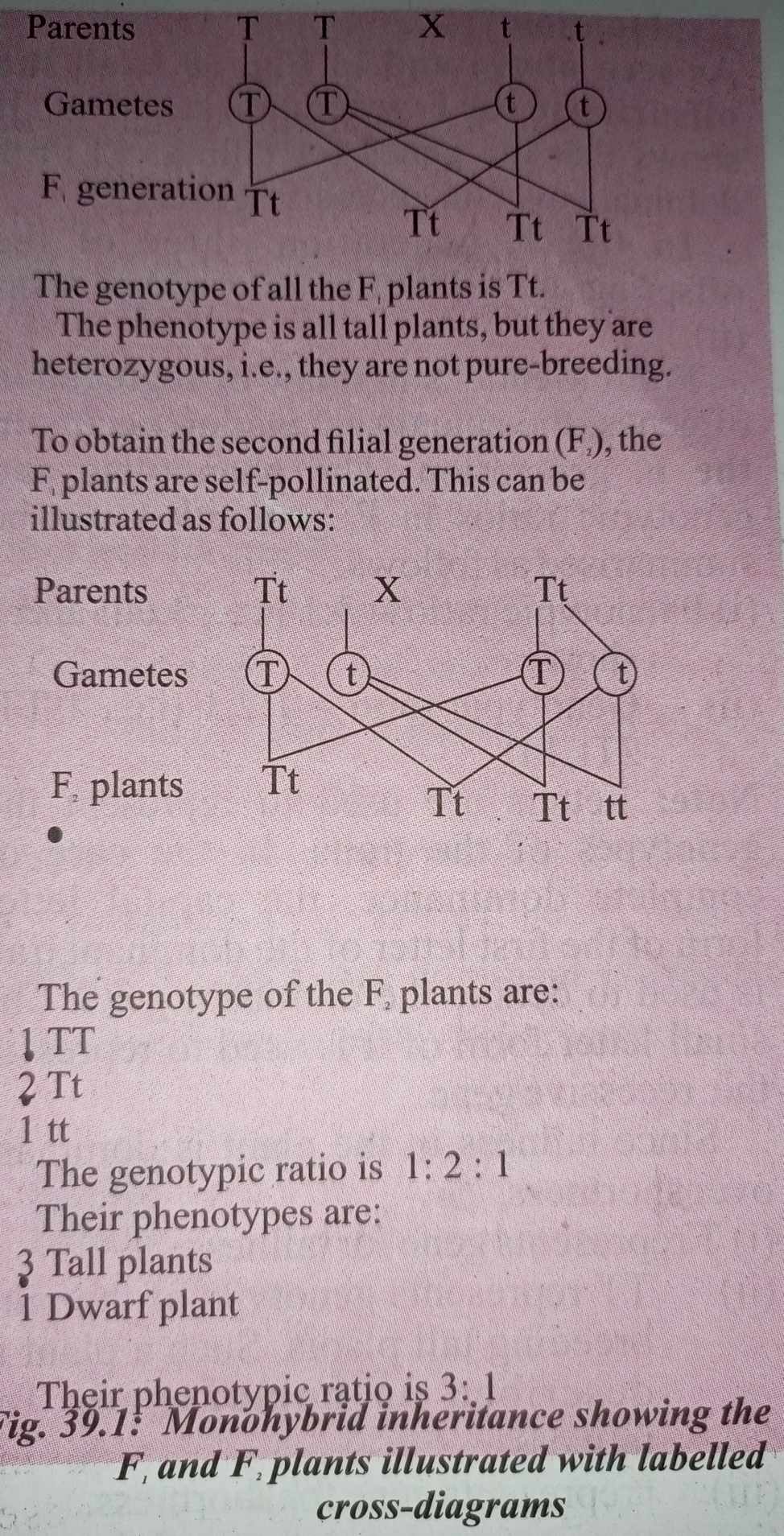 This first law is also called the law of segregation of genes. The law states that genes are responsible for the development of the individual and that they are independently transmitted from one generation to another without undergoing any alteration.

All the offspring in the F1 generation are all tall. It shows that the genes for tallness (TT) is dominant over the recessive genes (tt).

In the F2 generation, three of the offspring are tall while only one is short (tt).

From Mendel’s first law of segregation of genes, the actual segregation occurs in the F2, generation. The phenotypic and genotypic ratios in F, generation can be summarised as follows:

Since tallness in the plant is dominant over shortness,

The outcome of this experiment led to Mendel’s second law of inheritance.

Mendel’s work can be represented by letters and their explanations as below: Parents Round yellow x wrinkled green.

The four phenotypes which appear in the ratio 9:3:3:1 are as follows:

The 9 genotypes which include 4 homozygous and 5 heterozygous conditions are:

Save
Tags: mendel, some, were