a) In most growth studies, mass may be measured as wet mass and dry mass.

c) Increase in number of cells: Increase in the number of cells is also a proof of growth of a population. A popular example of growth in organism is the yeast. The yeast cell is capable of budding or dividing into two, two into four and four into eight etc. The yeast culture continues to double its number as long as none of the cells dies or loses its power of division.

Regions of Fastest Growth in Plants 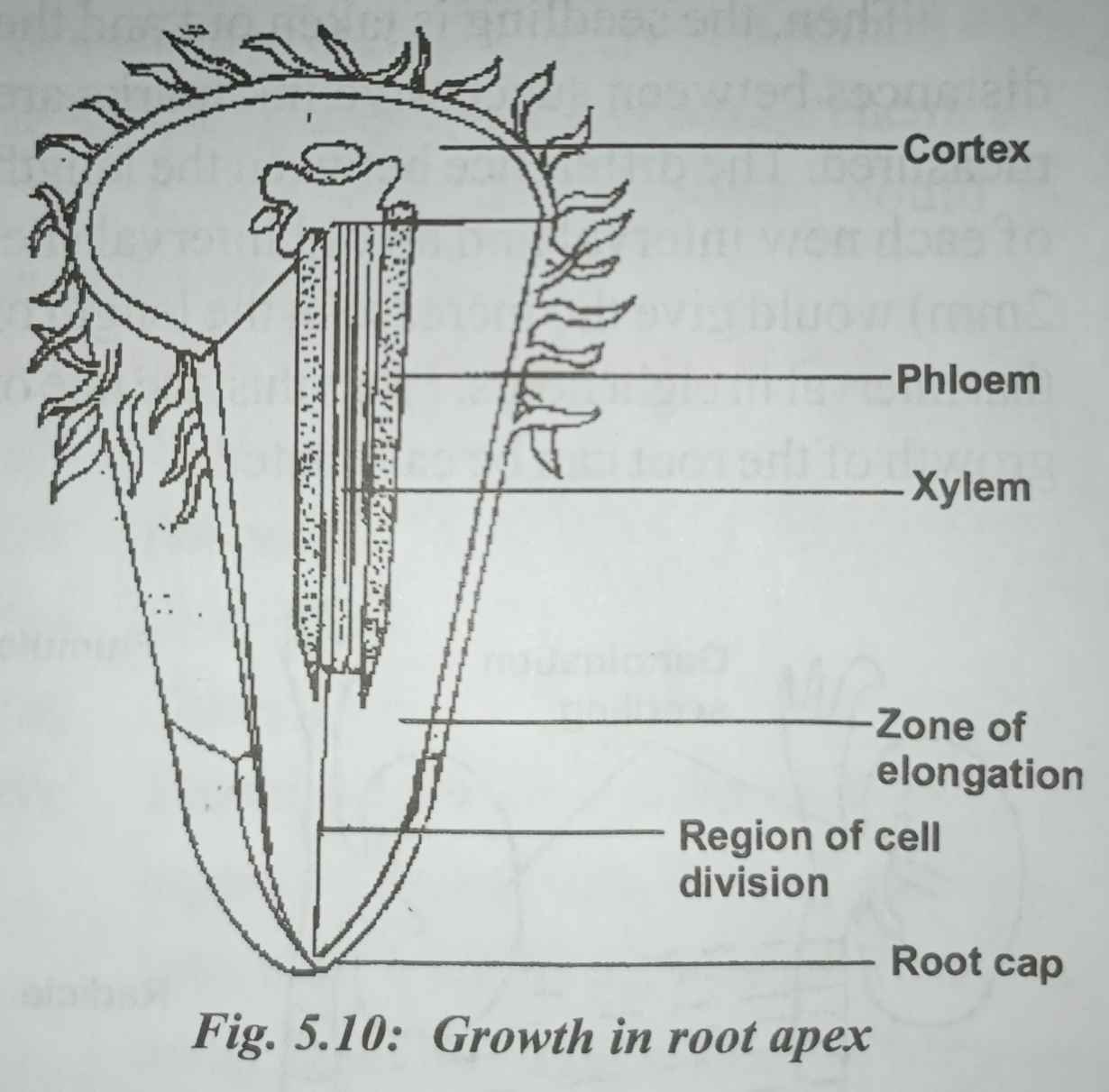 The region of cell division is also known as the apical meristem. It consists of meristematic cells, i.e ., cells capable of active division. The root tip is covered by the root cap.

In the region of cell elongation, the cells become enlarged to their maximum size by the stretching of their ways. The cells in the region of maturation attain their permanent size and become specialised to carry out certain functions.

Note: The stem apices include the terminal buds and the lateral or axillary buds.

Determination of Fastest Growth Regions in the Root

A young germinating seedling is taken and its radicle is marked with Indian ink at interval of 2mm. The seedling is then pinned onto a cork and is placed in a bottle containing some water. The experiment is left in a dark room for about eight hours.

Then, the seedling is taken out and the distances between successive ink marks are measured. The difference between the length of each new interval and an old interval (i.e. 2mm) would give the increase in the length of that interval in eight hours. From this, the rate of growth of the root can be calculated. 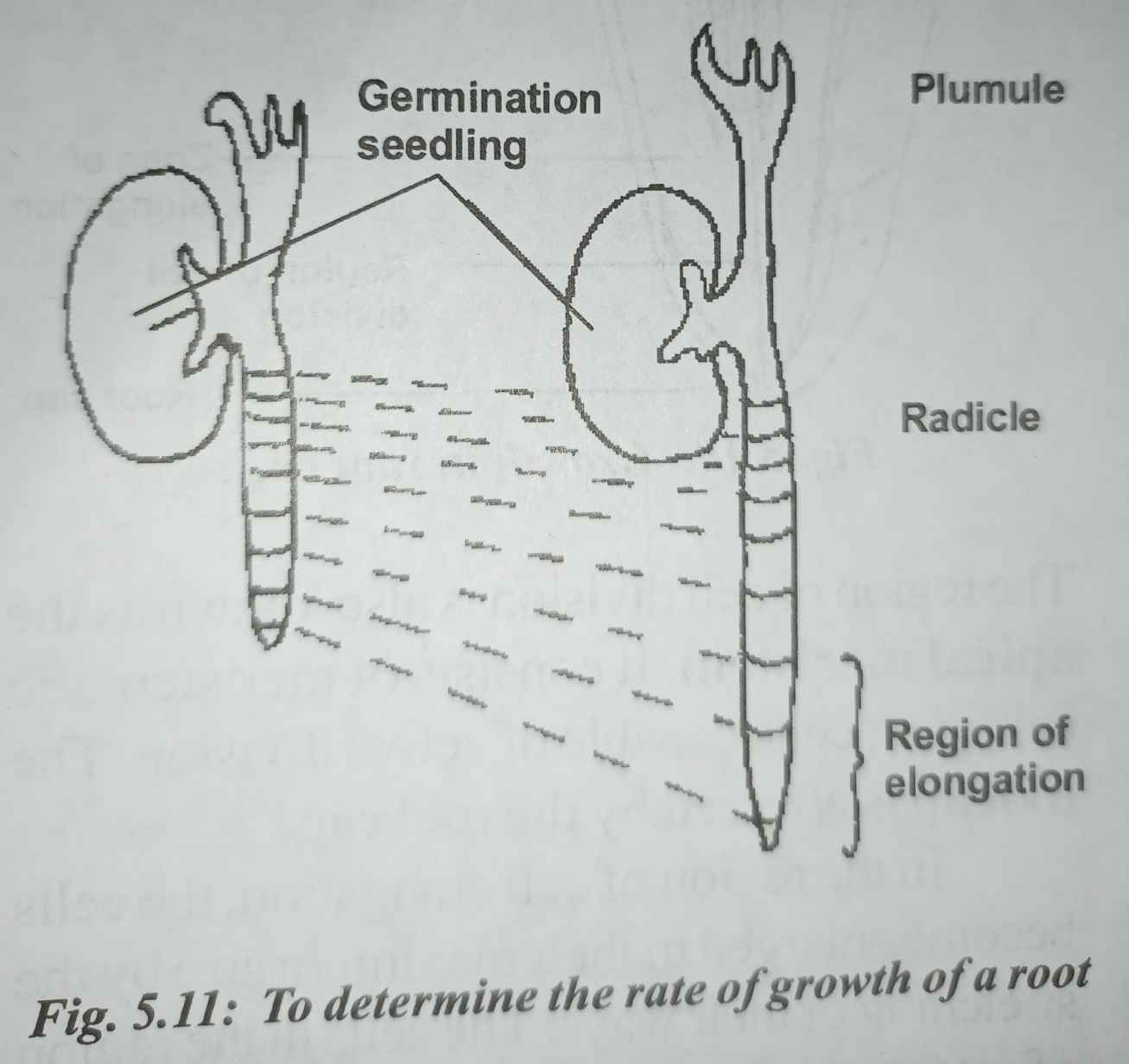 Factors which affect the growth of organisms are grouped into two parts which are:

Hormones: Hormones are internal factors which are known to affect the growth of plants and animals. Plant hormones which affect the growth of plants are auxins and gibberellins. Auxins promote or inhibit cell elongation in stems and roots. They also stimulate cell division. Gibberellins promote cell elongation and bring about growth in the stem. They also affect cell division and cell differentiation to a certain extent.

In animals, hormones are secreted by endocrine glands. The hormones mainly concerned with growth are secreted by anterior pituitary gland, the thyroid gland and the gonads. Abnormal growth in humans, like dwarfism or gigantism is due to errors in the secretion of one of these hormones.