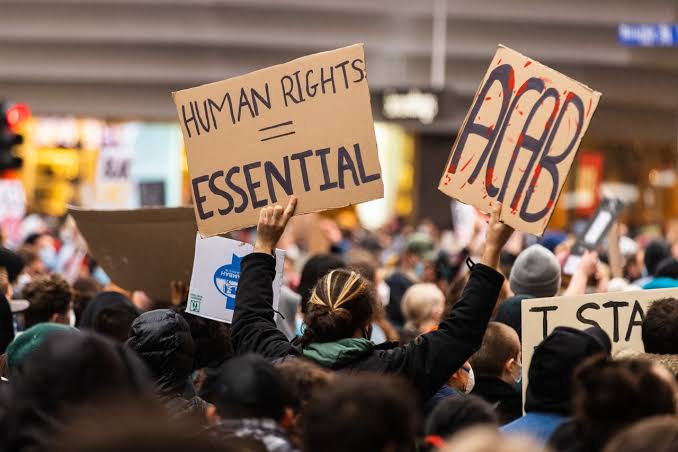 Although, the earliest origin of human rights can be traced to the “magna carta” (often referred to as a great charter) of 1215, which later led to series of declaration of rights in different parts of Europe and America. It was not until 1948 when the United Nations Universal Declaration of Human Rights came up that precise legal cover to the promotion of basic rights or citizens all over the world was initiated.

Human rights can be defined as a global principle which refers to rights and freedom that all human beings are entitled to and enjoy as humans irrespective of the country of birth or residence. They are inalienable, fundamental, and not awarded by human power and cannot be surrendered, and are enforceable in national and international law courts. Some of the fundamental human rights of citizens are:

A renowned philosopher once said” men are born free, but everywhere I go, they are in chains”. This saying captures the various infringements and limitations of human rights nationally and globally at different times.

The following factors could lead to limitations of human rights.

Sometimes, nations are hit by events and forces which could endanger its security and the lives of its citizens. Such situations may require that individual rights be temporarily suspended in order to cope with the dangers confronting the nation. Emergency provisions are therefore included in any national constitutions permitting the suspension of guaranteed fundamental rights.

The 1999 constitution provides for a declaration of state of emergency. For example, president Olusegun Obasanjo invoked this section, when he declared state of emergency in Plateau state on 18th May, 2004. The Governor, Joshua Dariye was suspended from office and Major General Chris Alli was appointed Sole Administrator. Another example was the case of Ekiti State in Nigeria.

However, it is important to note that there are certain basic human rights which cannot be suspended during any kind of emergency, be it war, armed rebellion or civil insurrection. Examples of such rights are: right to life, freedom from torture and cruel treatment and the right to fair trial. These rights represents the core of essential human values and suspension of them will destroy the basis of any civilized state and the rule of law.

Unfortunately, many countries including Nigeria still engage in human rights abuses during emergency periods. In Nigeria for example, non-governmental organizations such as Committee for Defence of Human Rights (CDHR) and Amnesty International have helped to collect evidence and documentation of alleged human rights abuses. Some of which are: