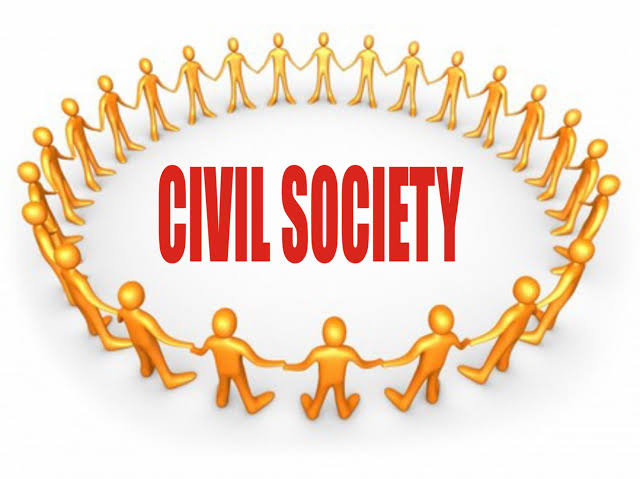 Civil Society is composed of the totality of voluntary civic and social organisations and institutions that form the basis of a functioning society. Civil society is also known as non-governmental organisations. (NGO),

It provides a way of describing the social action that occurs within the context of voluntary associations or intermediary bodies.

The London School of Economics Centre for Civil Society define civil society as an arena of un-coerced collective action around shared interests, purposes and values. In theory, its institutional forms are distinct from those of the state and family, though in practice, the boundaries between states, civil society and family are often complex, not cleared (blurred) and negotiated.

Civil society also means the entire range of organised groups and institutions that are independent of the state, voluntary and at least to some extent self-generating and self-reliant.

Functions and the Need for Civil Society

Finally, it is important to say that civil society makes the state at all levels accountable, responsive, inclusive, effective and hence more legitimate.

It has been suggested by scholars that there are three principles of civil society.

a) Participatory engagements indicates that members of the society;

b) Constitutional authority protects the rights and privileges of citizens in a civil society. Under the rule of law, citizens and social groups are constitutionally legitimized and empowered to hold economic and political actors accountable for their work as community servants and trustees.

c) Within this social context, all community members have moral responsibilities to use their civil liberties in ways that do not violate the human rights of others. The practice of equity, justice and reciprocity produces social order and stability.

Pressure groups are associations or organizations that promote specific, social and moral causes by employing agents or lobbyists to influence legislations. They also influence public officials; endorsing candidates to stand for election into the legislature or by conducting cause systematic education, propaganda or campaign to fight a general cause.