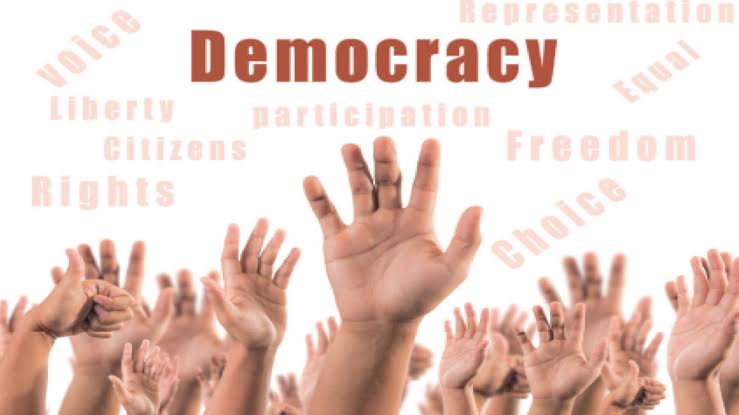 Democracy is a system of government that allows all qualified citizens of a country to elect their representatives at the federal, state and local level in popular and periodic elections for a fixed period of time. In Nigeria, election is usually every four years; hence elected representatives are to stay in office for four years, before another election. Except if such representative is recall or impeached.

Democracy is organized in accordance with the principles of equity, equality, popular participation and majority rules. In democratic state, efforts should be made to give the minority opportunity to voice their views without intimidation, molestation and other antisocial manners.

Abraham Lincoln, the 16th American President explains democracy to mean “the government of the people by the people and for the people.’ Efforts therefore should be made by Nigerians to make democracy work. This is because it is the best form of government and all nations of the world are trying to perfect their democracy.

Representative government, also known as modern democracy all over the world has so many problems. Some of these are:

Process of democracy means the methods and manner that makes democracy the toast of all civilised communities and nations of the world. These processes include:

There are two main types of Democracy