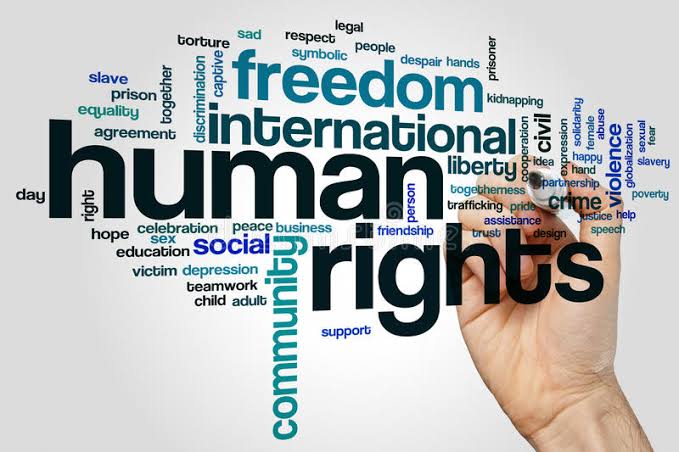 Human rights are “rights and freedom to which all humans are entitled”. Such entitlement can exist as shared norms of actual human moralities, as justified moral norms or natural rights supported by strong reason, or as legal rights at a national level; or within international law.

The concept of fundamental human rights stems from John Locke’s “Natural Rights”. By this, Locke meant that every individual is endowed at birth with certain rights, by virtue of his status and dignity as a human being which cannot properly be denied him by any state under which he happens to live.

In 1948, the United Nations Organization (U.N.O.) adopted the declaration of Human Rights. These rights were regarded as basic to human existence. They are what a human being is entitled to as a person. To deny a person of his natural rights is to deny the existence of his humanity.

Most modern constitution incorporates human rights and to violate them amount to the breach of the constitution. However, it should be noted that there are no absolute rights. All rights are subject to the law. According to the Nigeria constitution, the following constitute fundamental human rights:

In summary, the rights are stated below: