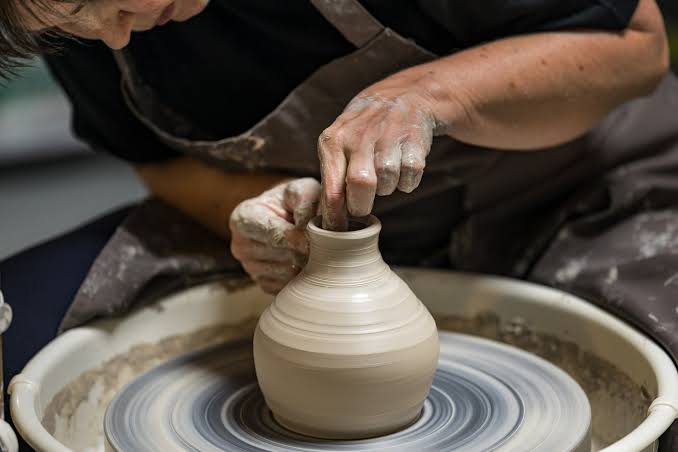 Earthen material exists in many forms such as sand, clay, mud, stone, rocks, and so forth. These various forms of soil can be used as material for making different objects. Such objects are collectively referred to as ceramics. In large-scale manufacture of ceramics, other elements such as silica, alumina and feldspar are usually added to the earthen material so as to improve its quality.

Generally, ceramics can be differentiated from other materials by the following attributes.

In a general sense, the word plastic is used for any material which can be moulded and will retain the shape imposed upon it. However in a specific sense, plastics are synthetic (i.e. artificially made) materials capable of being formed into useable products by heating, moulding, grinding and such similar processes. Plastics come in forms such as those used for domestic, industrial and other purposes. Varieties of industrial plastics are structural foams, reinforced plastics, sheets and films, laminates, composite and others.

Plastics may be classified into two depending on how they behave under the application of heat. These are thermosetting plastics and thermoplastics.

Rubber is an organic substance, which can either be artificially made or obtained from natural sources. It is elastic and tough. Rubber is not very resistant to heat and thus easily melts and burns when exposed to high temperatures. Rubber is so named because of its ability to erase (i.e. rub off) pencil marks.

Two classes of rubber exist. These are natural rubber and synthetic or artificial rubber.