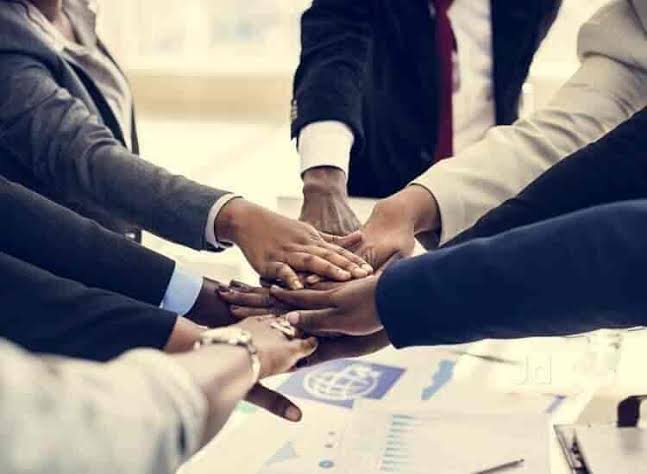 Trade association is an association of traders or producers engaged in the same line of trade, whose major aim is to protect and safeguard the interest of their members as well as their businesses. It is a group of firms in the same trade.

AIMS AND OBJECTIVES OF TRADE ASSOCIATIONS

The aims and objectives of trade associations are mostly:

The functions of trade associations are as follows:

Chamber of commerce is an association of merchants, manufacturers and businessmen from different commercial fields or various line of businesses who agree to come together in a town or city with the aim of representing and protecting their business interest. This is not restricted to a particular trade. The members come together to have trade connections as well as to further their business interest. There are national and international chambers of commerce such as:

Aims and Objectives of Chamber of Commerce

A chamber of commerce is set up:

Functions of Chamber of Commerce

Differences between Chamber of Commerce and Trade Association

A Cartel is a monopolistic type of organisation established originally by producers of similar product for the main purpose of restricting output of members in order to keep up the price of their product. It is an association of independent producers, formed mainly for the main purpose of regulating prices by controlling output. Members of a cartel retain their separate identity and are independent.

Cartel has its origin in Germany. The producers are given certain quotas of the commodities to produce, and this can be increased or reduced depending on the market situation. Prices can be increased by cutting output while an increase in output will force the price down, e.g. Organisation of Petroleum Exporting Countries’ (OPEC) regulation of oil prices.

Features of a Cartel

Reasons for Forming a Cartel

This is an amalgamation of different competing firms in different lines of businesses under a single control. In Trust, the firm will retain their identity but the trustee will take over the management and control. It is vertically integrated in nature and the amalgamated firms are brought under a central control. Certificate will be issued to all members. Trust has its origin in America.

Differences between Cartel and Trust

A consortium is a group of independent firms formed to work on a particular project which requires large resources and is too complex for a single firm to undertake. A consortium is an association of firms that pool their resources together to finance a project they cannot embark upon individually, because of its complexity or the capital outlay. A very good example is a consortium of banks that gave loan to African Independent Television (AIT).

Reasons for Forming a Consortium

OTHER FORMS OF INDUSTRIAL COMBINATIONS

In holding, one company acquires the whole or a large proportion of the issued share capital of other companies with the objective of actively controlling such companies. A holding company is purely a financial concern which uses its capital to acquire controlling interest of over 51% in other firms. The parent company is called holding company while others whose shares are being acquired are its subsidiaries. The subsidiary companies will retain their identities and names.

Price rings is an association of a number of competing firms who have agreed to operate a common price policy for their competing products. Price rings advocates uniform price but allows competition among the firms. The firms are loosely associated together.

Syndicate is an association of organisations who work together for a common aim while retaining their independence. It is voluntary, e.g. underwriters at Lloyds work in syndicates.

Merger is the combination or coming together of two or more previously independent firms to form one large firm. It is the unification of two or more organisations to form a new one. The old firms will lose their identity in the new organisation while the new firm can take a new name or adopt a combination of names of the old firms. Merger may arise from the desire to diversify or to buy out a competitor.

Disadvantages of Merger (Argument Against)