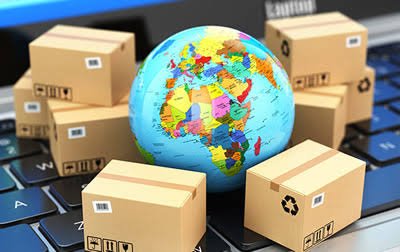 HISTORY OF COMMERCE IN NIGERIA

In the olden days, people engaged in subsistence production. This means they were producing goods for themselves and their families. Later they started interacting with one another because it was difficult for them to meet all their daily requirements. The system of exchanging goods for goods called trade by barter then came into existence. This became apparent in order to meet their numerous wants. This is the genesis of exchange and perhaps the beginning of commercial activities the world over. Trading activities were, however, limited to internal trade only.

The first form of foreign trade in Nigeria was the trans-sahara trade in which camels were used as means of transportation.

Afterwards, another contact was made with the Europeans and that actually boosted commercial activities in Nigeria. This started in the fifteenth century when the missionaries came to Africa. The European traders brought weapons, books, cloths, etc and exchanged them for slaves and palm oil. The initial commercial towns that served as important trading routes to the sea were Badagry, Bonny, Opobo and Calabar. King Jaja of Opobo played a great role in the development of commerce in Nigeria.

After the abolition of slave trade by the British government, the first breakthrough in commercial activities in Nigeria was the establishment of United African Company (UAC) and Royal Niger Company. With the introduction of colonial rule, law and order was instituted and by 1960s, Nigeria had become a force to be reckoned with in the export of palm oil, cocoa, groundnut and later crude oil.

Also, during the 1960s, the exploration of crude oil brought businessmen from all over the world to Nigeria. That process changed the face of commercial activities in Nigeria. Huge revenue was generated to develop the infrastructural facilities, e.g. communication system, roads, flyovers, railways, airports, modern seaports, etc.

At present, commercial activities have reached a crucial stage in Nigeria with the introduction of sophisticated modern technology such as computer, e-mails, internet, etc to facilitate trade. Many commercial centres have developed in many cities and towns like Lagos, Ibadan, Kano, Port Harcourt, Warri, Kaduna, Ilorin among others.

FACTORS AFFECTING THE GROWTH OF COMMERCE IN WEST AFRICA

FACTORS THAT ENCOURAGE THE GROWTH OF COMMERCE