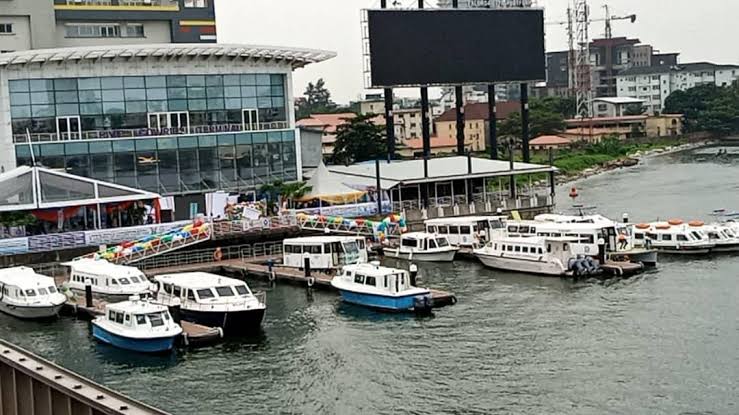 Water transport is the means of conveying goods and people from one place to another through the rivers, seas or oceans by ships, canoes etc. This facilitates international trade between different nations because goods and passengers can be easily transferred.

The ports authority is responsible for providing facilities as well as management of the ports. Ships are very large and can carry heavy and bulky cargoes like cars, trailers, industrial machinery etc.

(a) Inland Water Transport: This is a type of water transport in which goods and people are moved from one place to another through the rivers, canals, creeks and lakes. This type of water transport operates within a nation’s boarders. The rivers must be navigable, e.g. Rivers Niger and Benue etc. Boats, launches, canoes and ferry are some of the means of transportation in inland transport.

(b) Sea Transport: Sea transport ensures that cargoes and people are moved from one country to another. This is associated with seas and oceans. Since one port is connected to another, it aids international trade.

1) Ocean Liners: Ocean liners sail through the high seas and oceans in all the continents of the world, e.g. Atlantic, Indian and Pacific oceans etc. It is divided into: passenger liners and cargo liners and they charge standard rates.

2) Tramp Liners: Tramp liners carry cargoes where they are found and leave when there are sufficient cargoes. Tramp liners have no fixed timetable and do not run along specific routes. They are available for general hire, hence are referred to as cargo water taxis. They may not be luxurious since they carry cargoes. Their charges are not fixed but depend on agreement.

3) Coaster Liners: Coaster liners are flat bottom steamers that are used to convey goods along the coast to the main port. They can go through the creeks and rivers easily. Sometimes they are referred to as lighters and tugs. Coaster liners are good for carrying raw materials for firms.