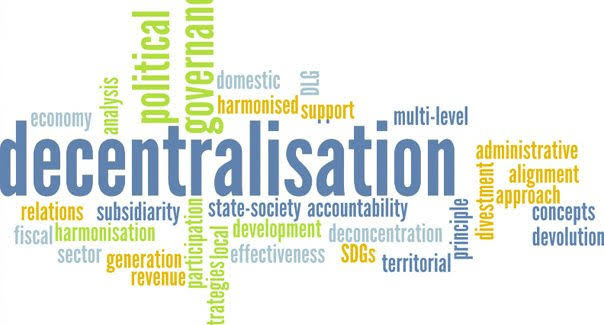 There are two types of decentralization and they are:

In this type of system, the central government may decide to set up or create constituent or subordinate levels of government in different parts of the country, with powers to make decisions in specified areas as related to the locality. Britain is a good example.

In this system, the central government sets policies for the local areas, appoints some officials with some powers and authority, and delegates them to carry out specific functions thereby regulating government policies at the local government level. France is a good example.