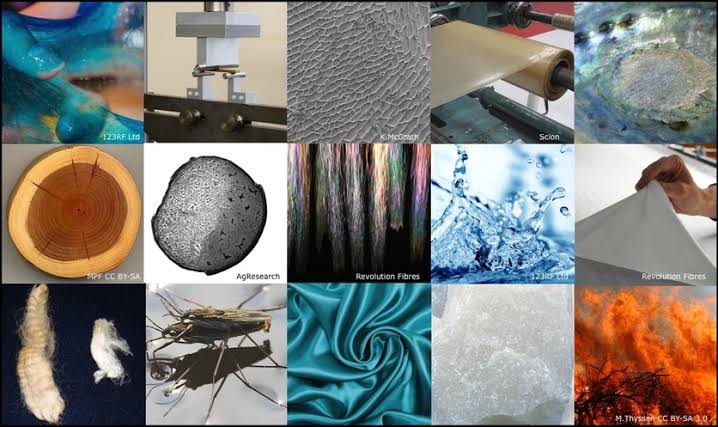 A material is a substance from which objects such as tools, machines, furniture, home appliances and other equipment are made.

Materials may be broadly categorized into two groups namely metals and non-metals. Metals may further be divided into two classes, namely; ferrous metals and nonferrous metals. The former group consists of those, which have iron as one of their constituent elements. An example of this is steel. Metals of the latter group do not have iron in their compositions. An example is silver.

Non-metals may also be classified into two, namely; natural materials and artificial (also called synthetic) materials. Clay and wood belong to the former class while plastics and rubber are part of the latter class. A synthetic material is produced by the combination of certain other naturally existing substances.

The most often used materials are wood, metals, ceramics, plastics, and rubber. These are the materials, which will be studied in this subject. We begin with a discussion of their properties.

Wood is the solid portion of a tree stem found below the outer covering of the stem. After the wood is prepared for use it is referred to as timber. It is not every tree that can supply timber. Only those trees whose stems get wider in cross-section, roughly on a yearly basis produce timber. Baobab, Casuarina, Iroko and others belong to this group. Certain other trees whose stems stop increasing in cross-section after some period of growth, do not supply timber. To this group belong palms, bamboos, canes and so forth.

Parts of a Tree

The main parts of a tree are as follows.

1) Roots: These hold the tree to the ground.

2) Stem or trunk: This holds the branches and leaves up for sunlight. This function is vital to photosynthesis; which is the process through which the plant manufactures food.

3) Leaves: The manufacture of food takes place in the leaves.

4) Bark: This is the outer covering of the stem. Its function is to protect the tree from harsh weather and physical injury.

The cross-section of a tree stem is shown below. 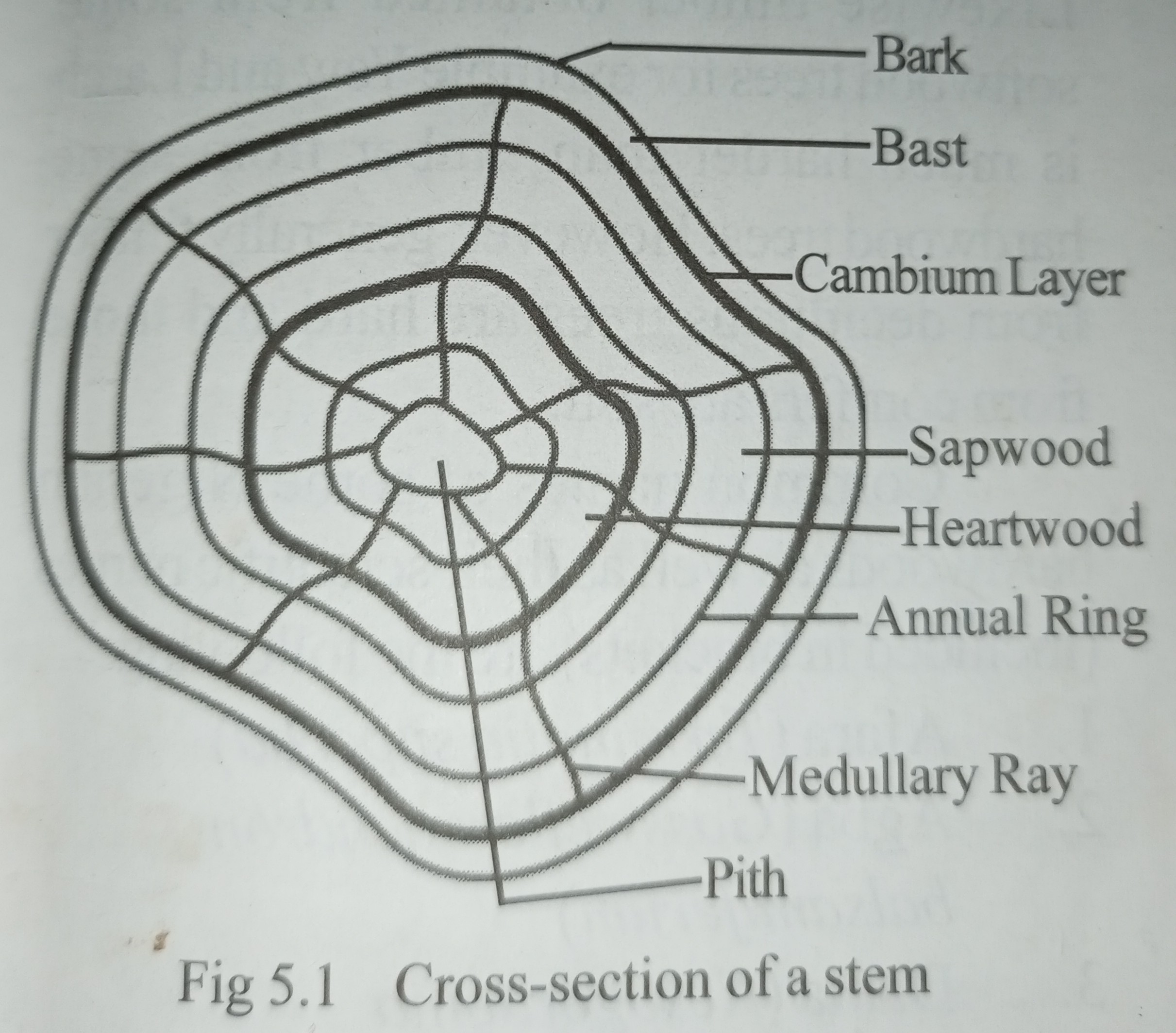 Timber is broadly classified into Hardwoods and Softwoods.

This is wood obtained from a flowering tree belonging to the group of angiosperms. An angiosperm has enclosed seeds in pods. Hardwood trees have broad leaves, and because most of them shed their leaves sometime during each year, they are collectively called deciduous trees. Note that although the leaves are broad, they may be of any size.

Hardwood trees grow extensively in both the tropical and temperate climatic regions. Because they grow very slowly, they are usually much denser and by implication stronger than the faster-growing softwoods. The structure of hardwood stems is made up of fibres and vessels. The former provides mechanical support for the stem while the latter provide passages for the conduction of sap. Hardwood trees have relatively short trunks and branches with bushy heads.

This is wood obtained from a conebearing, naked-seeded tree belonging to the group of gymnosperms. The seeds of a gymnosperm lie enclosed on cone-shaped scales. Consequently they are also called coniferous trees or simply, conifers. Softwood trees have needle-like leaves, and because most of them retain a full covering of leaves all year round, they are collectively called evergreen trees. They flourish more in the temperate regions than the tropical regions. The structure of softwood stems is made up of tracheids, which both conduct sap and provide mechanical support. Softwood trees have erect stems with coneshaped crowns. Crown refers to the branches and leaves.

Common names of some Nigerian hardwoods as well as their scientific names (included in brackets) are the following: