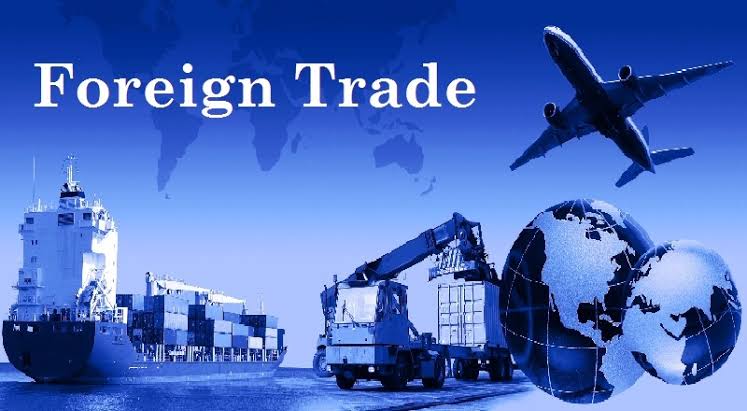 Foreign trade, otherwise called international trade, is the exchange of goods and services between two or more countries. The principle underlying the buying and selling between one country and another is specialisation. The theory of international trade, therefore, is based on the principle of comparative cost propounded by David Richards. The theory states that a country should specialise in the production of goods and services which it has advantage over another country. This, he pointed out, will bring about the production of goods at cheaper cost. For example, Nigeria purchases goods like automobiles and electronics from oversea countries and sell cocoa, palm oil and rubber to other countries.

The items of internal trade include those goods and services which are produced and sold internally or locally. In Nigeria for example, such items include yam, coffee, maize, rice and many other locally manufactured goods.

Similarities and Differences between International Trade and Internal trade

Countries engage in international trade for the following reasons:

International trade can be divided into import, export and entrepot.

Import trade is divided into: visible and invisible trade.

Export trade is the act of selling goods and services to other countries. It is the selling of a country’s products abroad. Some governments frequently attempt to encourage exporters by introducing export subsidy. Exports can equally be divided into: visible and invisible exports.

Entrepot is a form of foreign trade in which goods are shipped to one port and subsequently re-exported and shipped to another port. If customs duties had been paid on imported goods and are later re-exported, the duty can be claimed back. Simply put, entrepot is the re-exporting of goods imported from other nations.

There are so many problems associated with international trade, but the following can be identified:

Components of Balance of Payments

Remedy for Deficit/Adverse Balance of Payments

TARIFFS OR RESTRICTIONS TO TRADE

Tariffs are taxes or duties imposed on imports and exports by the government of a country. The idea behind tariffs is to restrict the volume of trade or improve the international terms of trade.

Reasons for imposition of tariffs or restriction of trade

The reasons why countries impose tariffs or restrictions on international trade include the following:

TOOLS OR INSTRUMENTS OF TRADE RESTRICTION

Tools or instruments normally used for international trade restriction include the following:

Export promotion also called export drive may be defined as any policy by which government encourages producers of goods for export to produce and export more in order to earn more foreign exchange.

For international trade to take effect, certain procedures must be followed. The step-by-step procedures are:

Terms of trade in West African countries have been witnessing an unfavourable or worsening trend because the prices of their imports have been increasing relative to prices of exports.

The terms of trade can be improved by any method which will increase the price of exports relative to imports. These methods include: