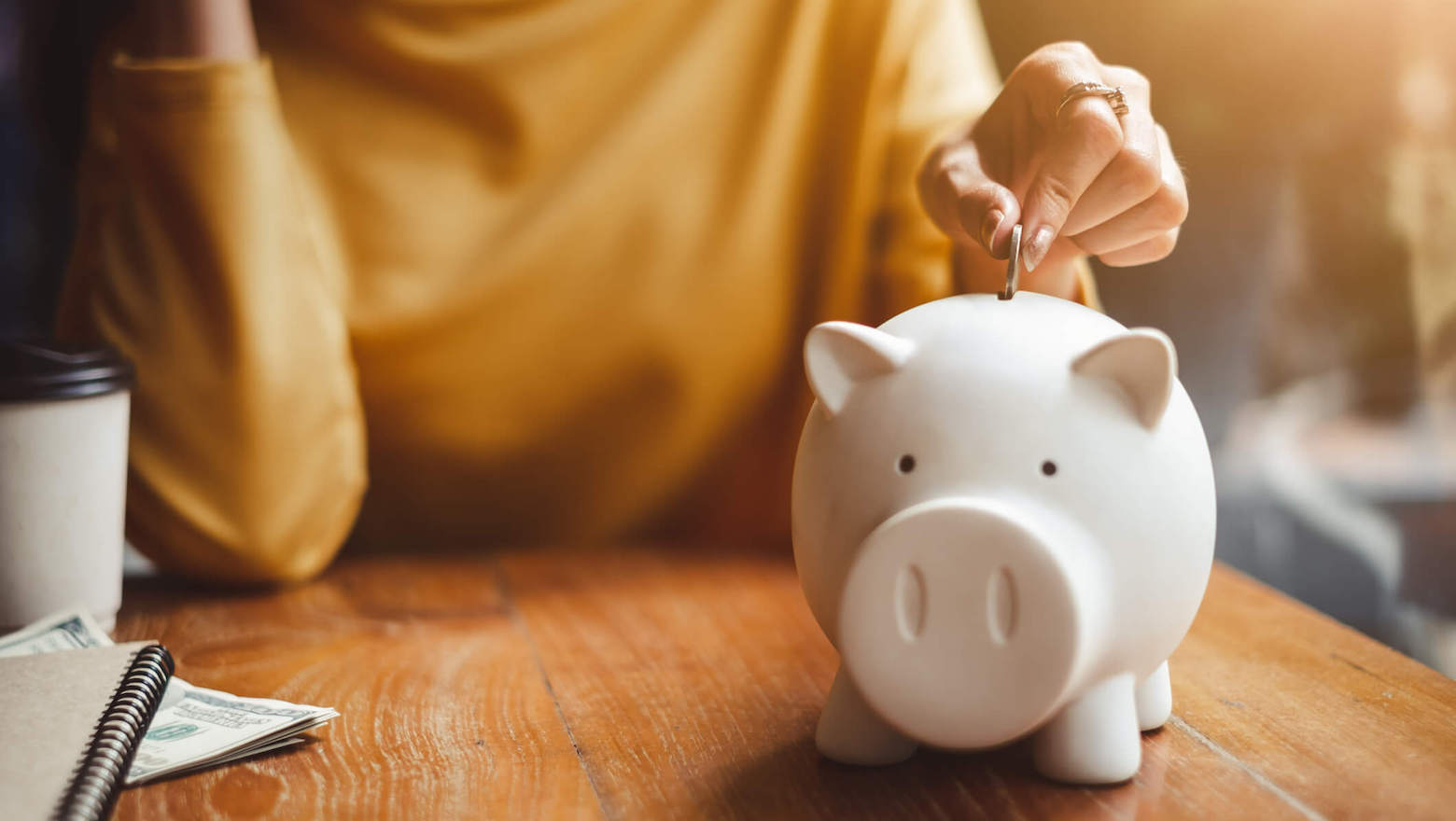 Type of propensity to save

1) Average propensity to save (APS)

2) Marginal propensity to save (MPS) 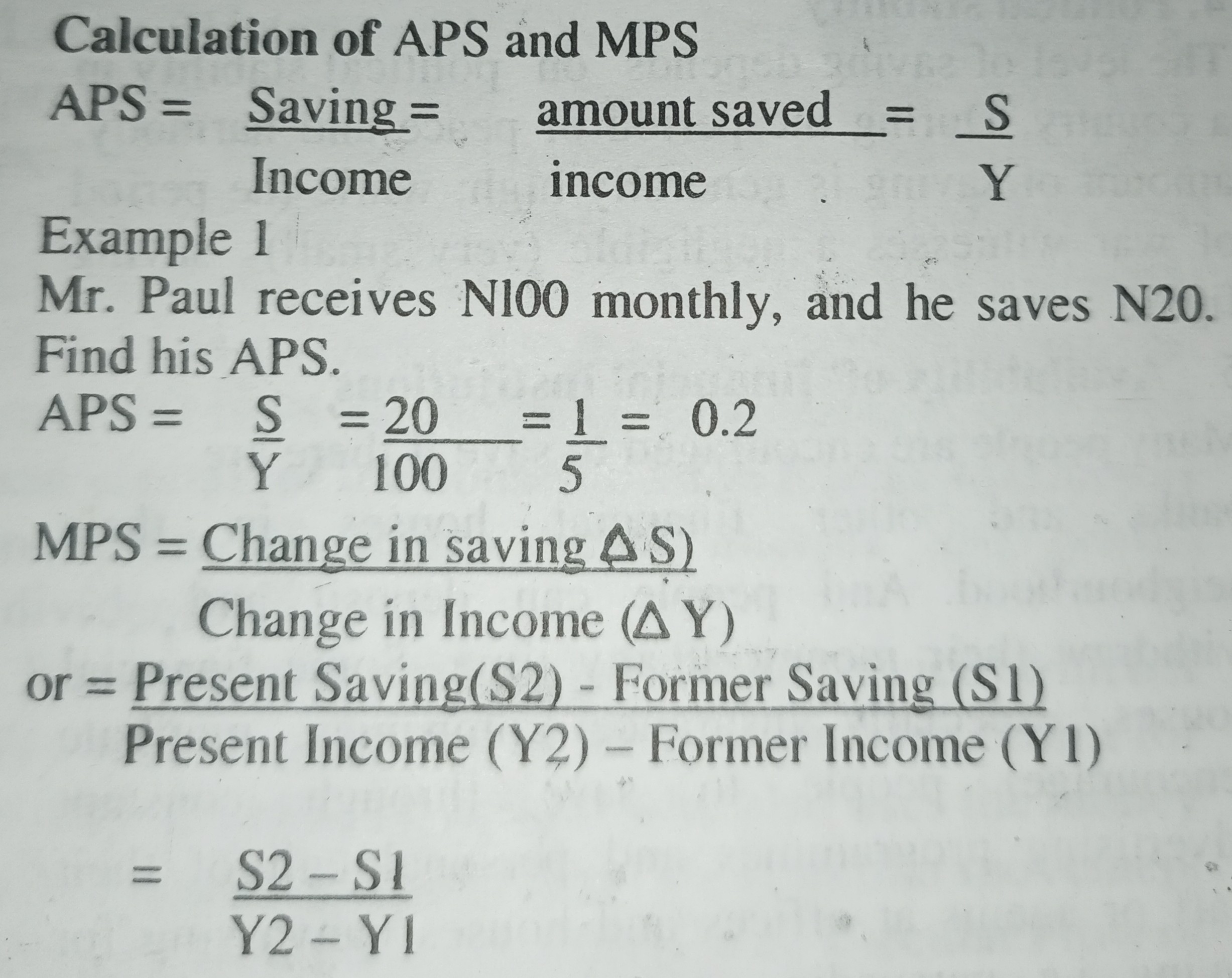 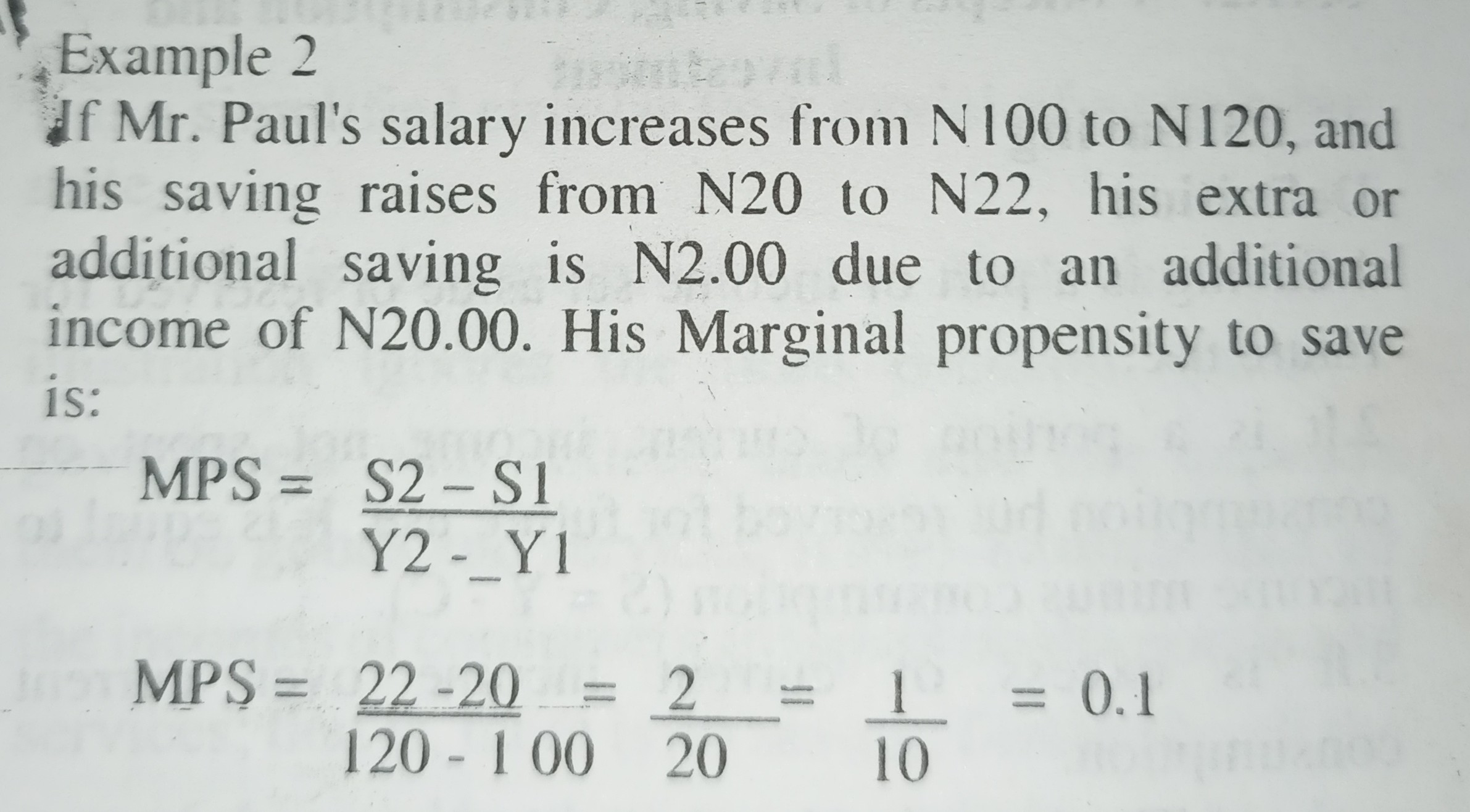 It is a table that shows specific amount saved at different levels of income. It is obtained from the assumption that saving equals current income minus consumption. It is also in line with saving’s definition: a part of current income not used but reserved for future use.

Note: SSCE students should ignore this section of there is time constraint. 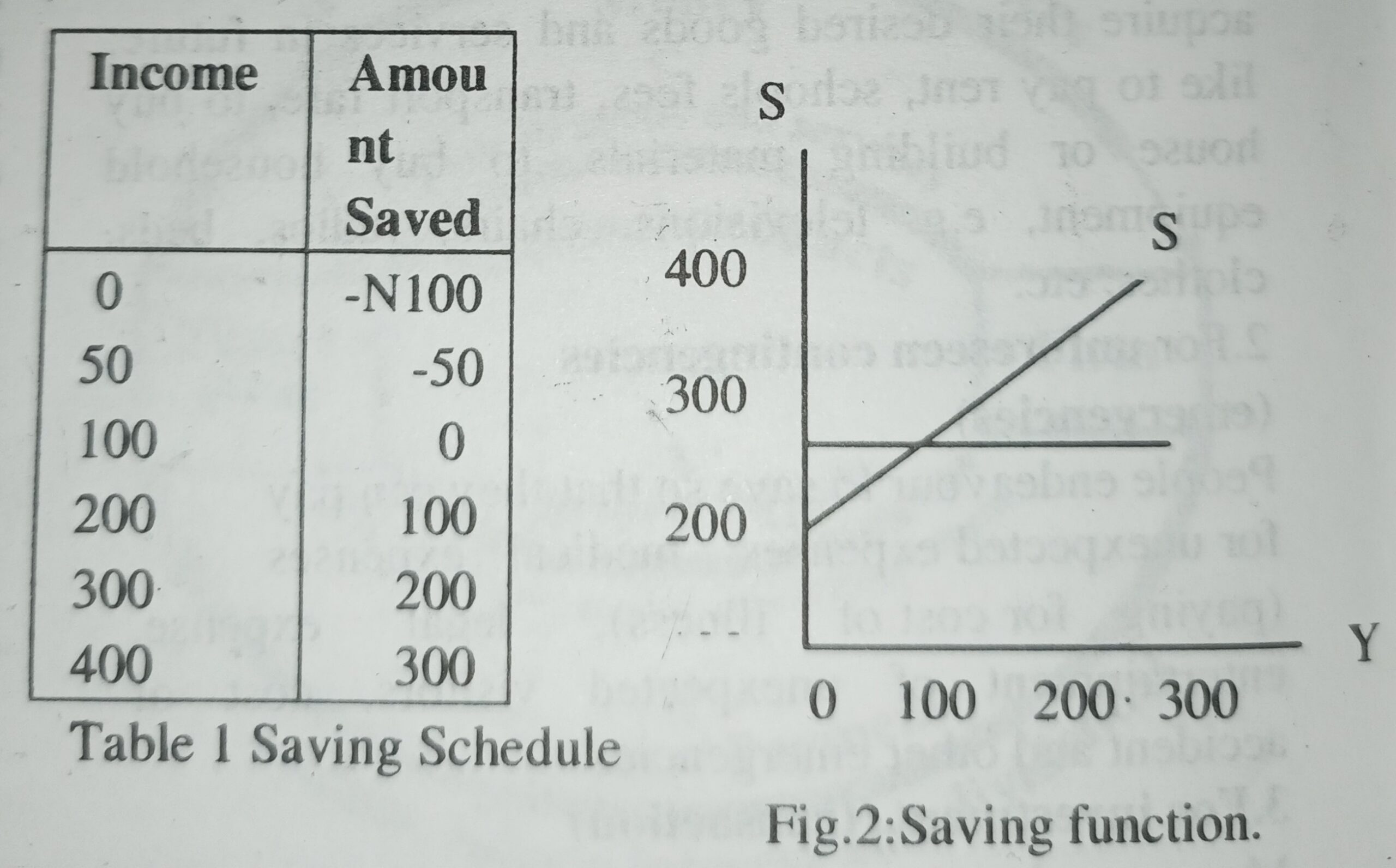 It is a concept (term) that relates amount saved to income. When income is zero, saving is negative. It is possible to save a part of borrowed money, but it is not a constant tread or a good behaviour. It is therefore generally assumed that whenever income is zero, saving is not only nil, but people either borrow (negative saving) for survival or they withdraw from previous saving. Alternatively, they sell their property in order to be alive. The amount borrowed or withdrawn is termed as ‘Negative Saving’. The graphical representation of the data in table 1 is shown in figure 2.

It is important to note that saving, as a function of income, is positively related to it. That is, as income increases, saving also rises and vice versa. This is shown in the saving schedule of table 1. Total saving is equal to all incomes not spent on consumption. 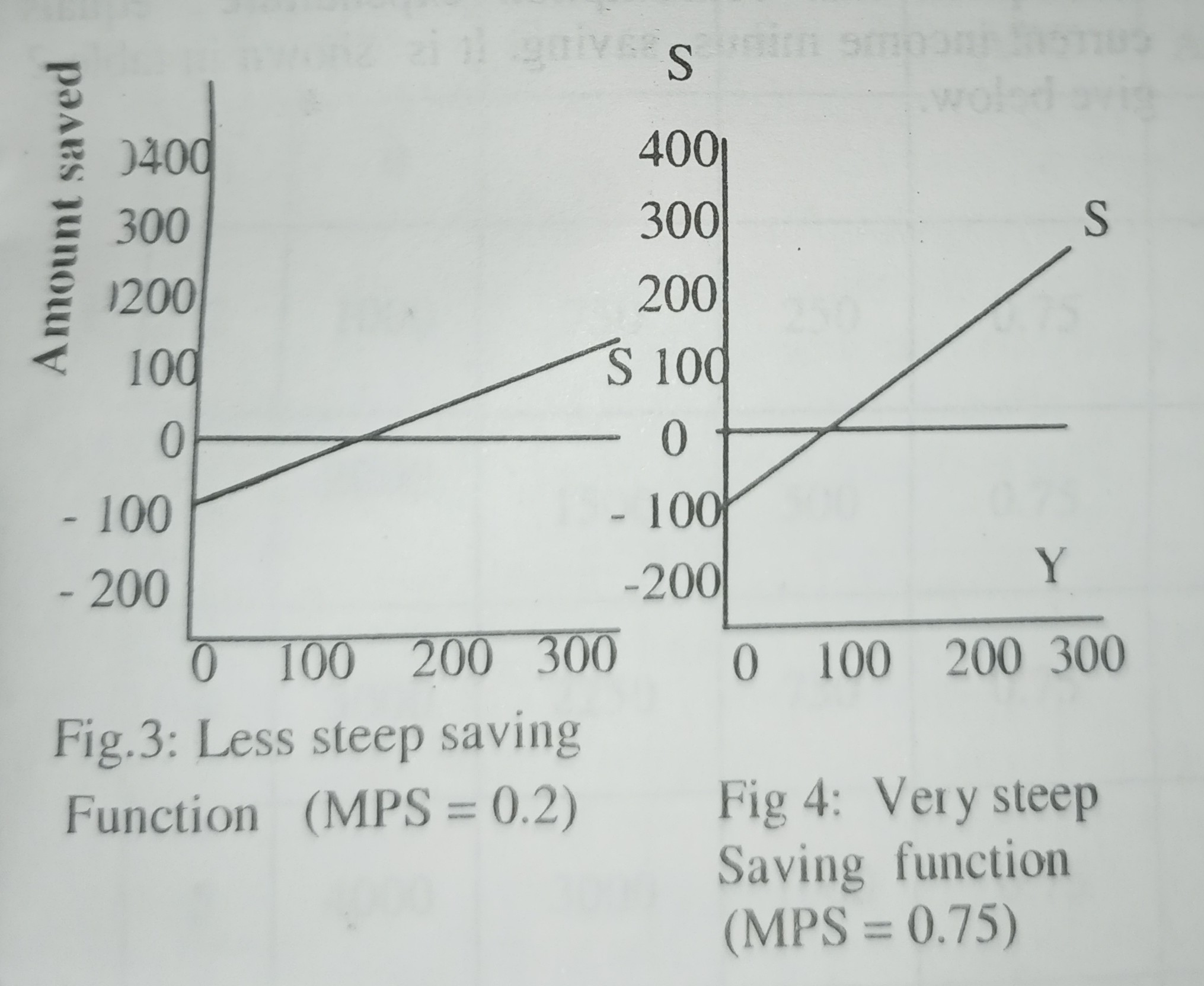