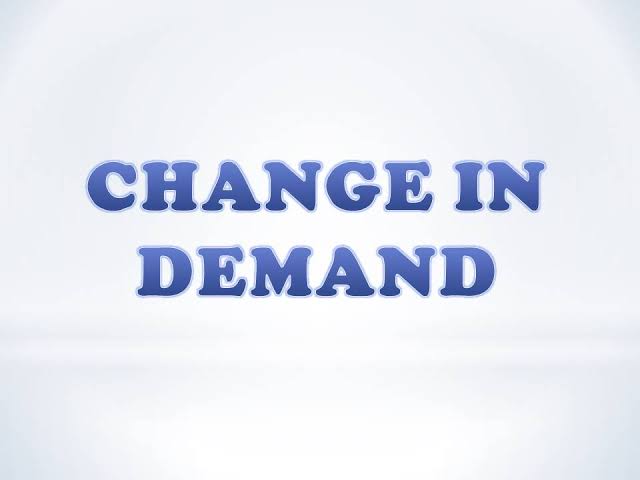 It is a change that occurs as a result of a change in the price of a commodity; and it necessitates (involves) a movement along the same demand curve, either upward or downward. 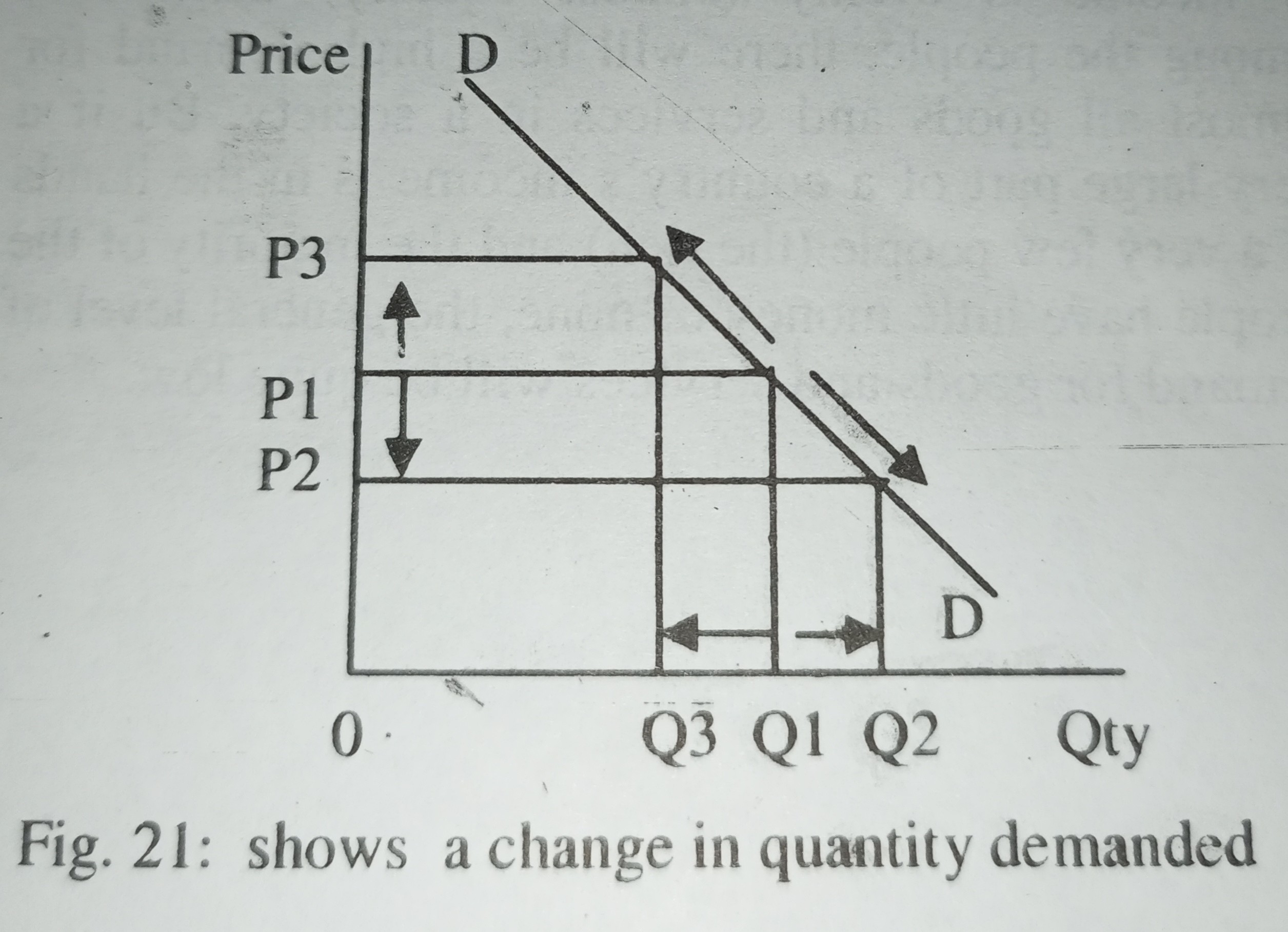 It is a change that occurs as a result of a change in certain factors, like income, population, new technology, taste, prices of other goods, etc that influence (affect) demand. And it causes the demand curve to shift from one position, D1, to another, D2 (outward), or to D3 (inward) as shown in figure 22. That is, it causes the demand curve to shift either outward or inward. 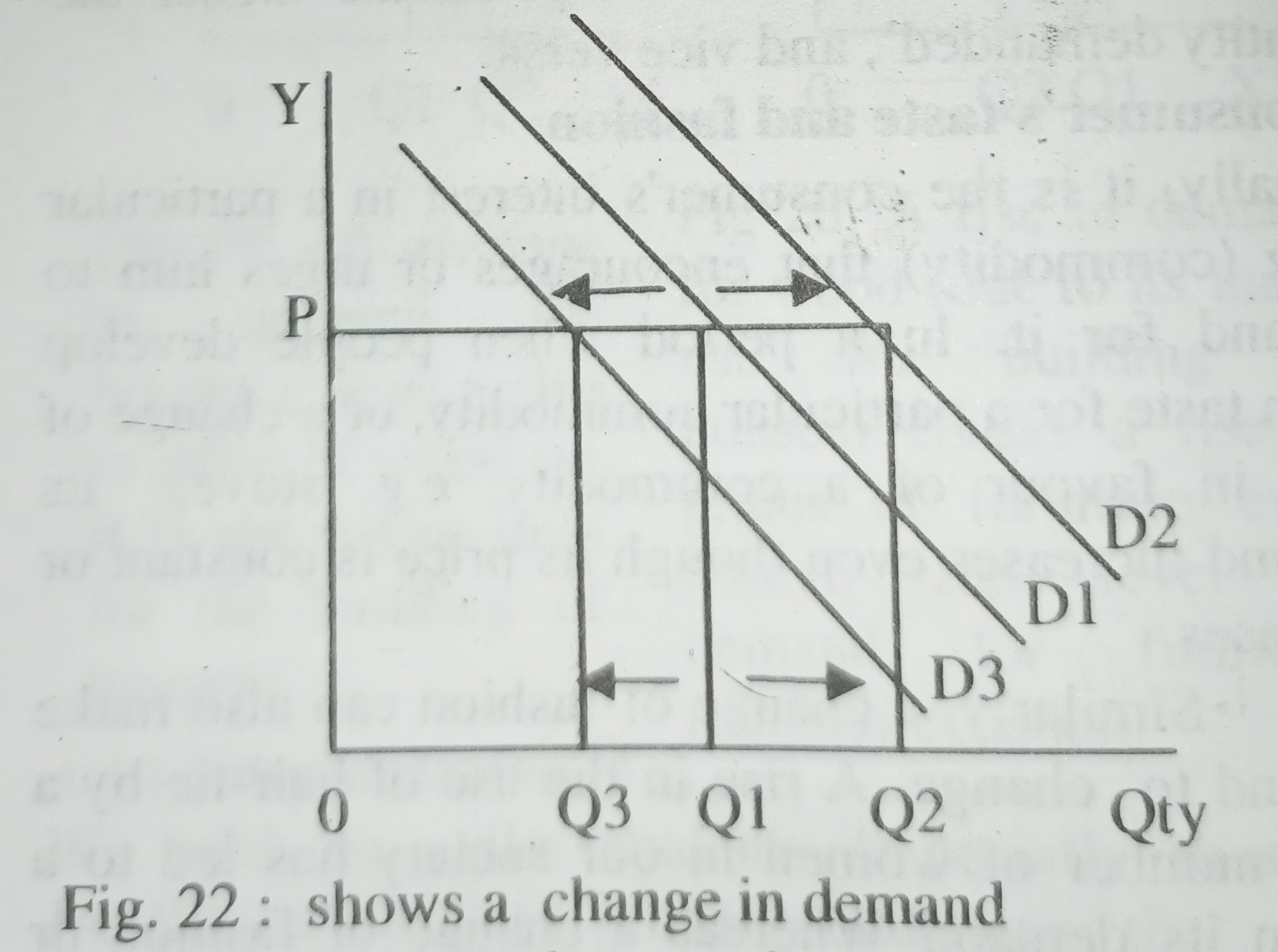 Causes of inward and outward shift of demand curve

Causes of its inward shift

Causes of its outward shift

It is the quantity demanded of a commodity that determines price and not quantity supplied per se (by itself alone) if equilibrium price is ignored. For instance, in figure 23 below, the price should be OP1 and not OP2. 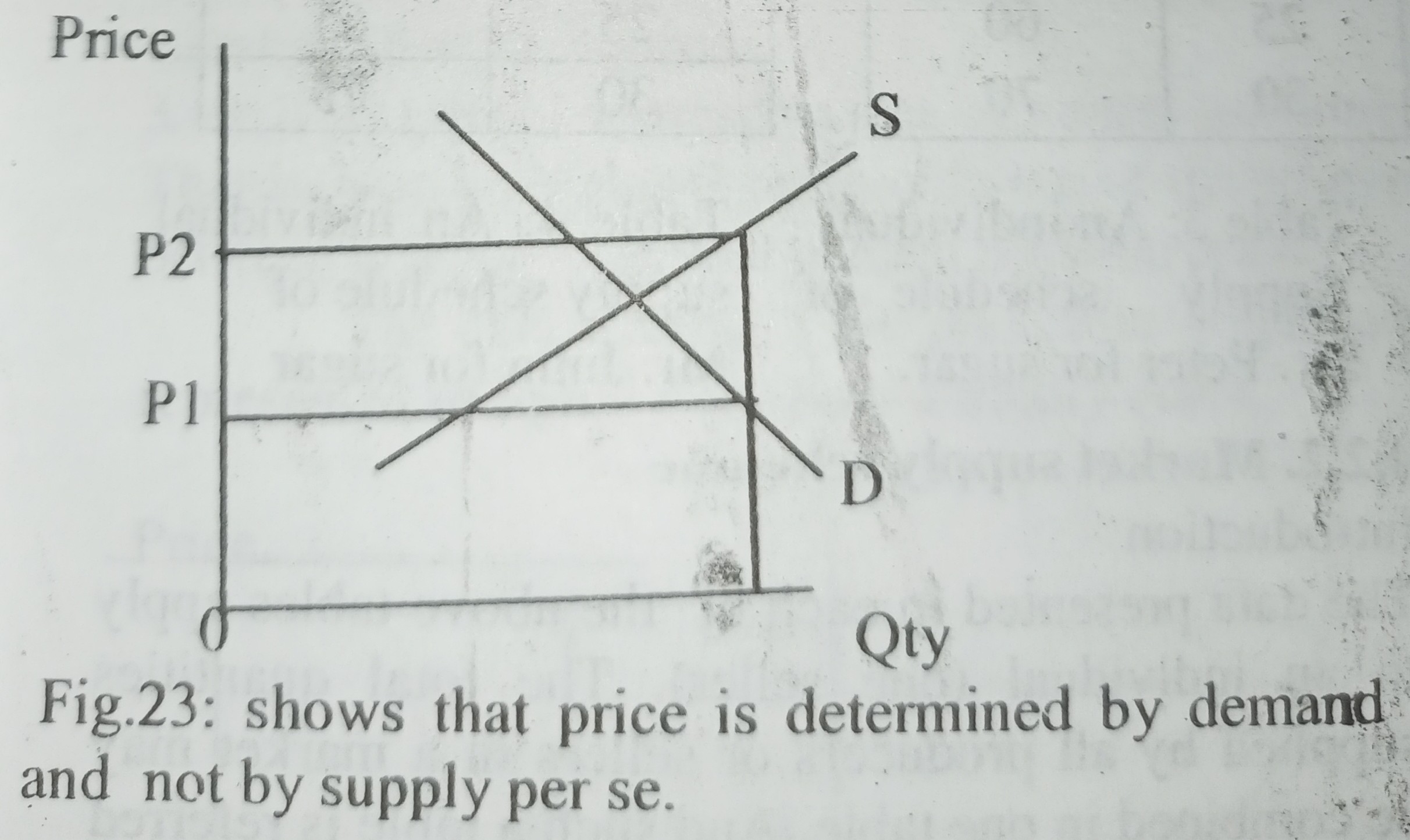 Government can influence aggregate (total) demand in the following ways:

Negative influence (to decrease demand in order to control inflation)