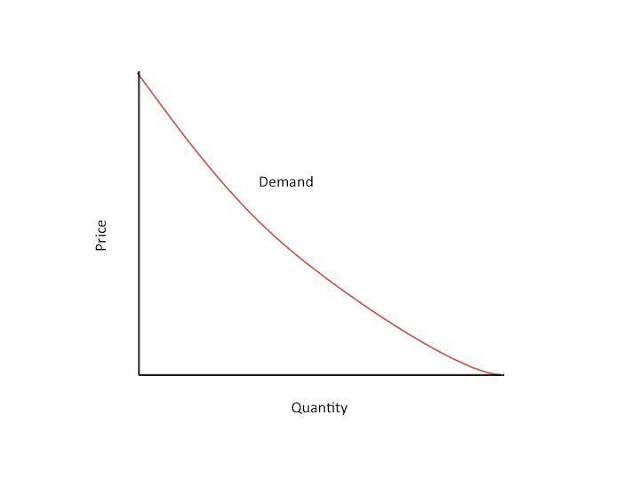 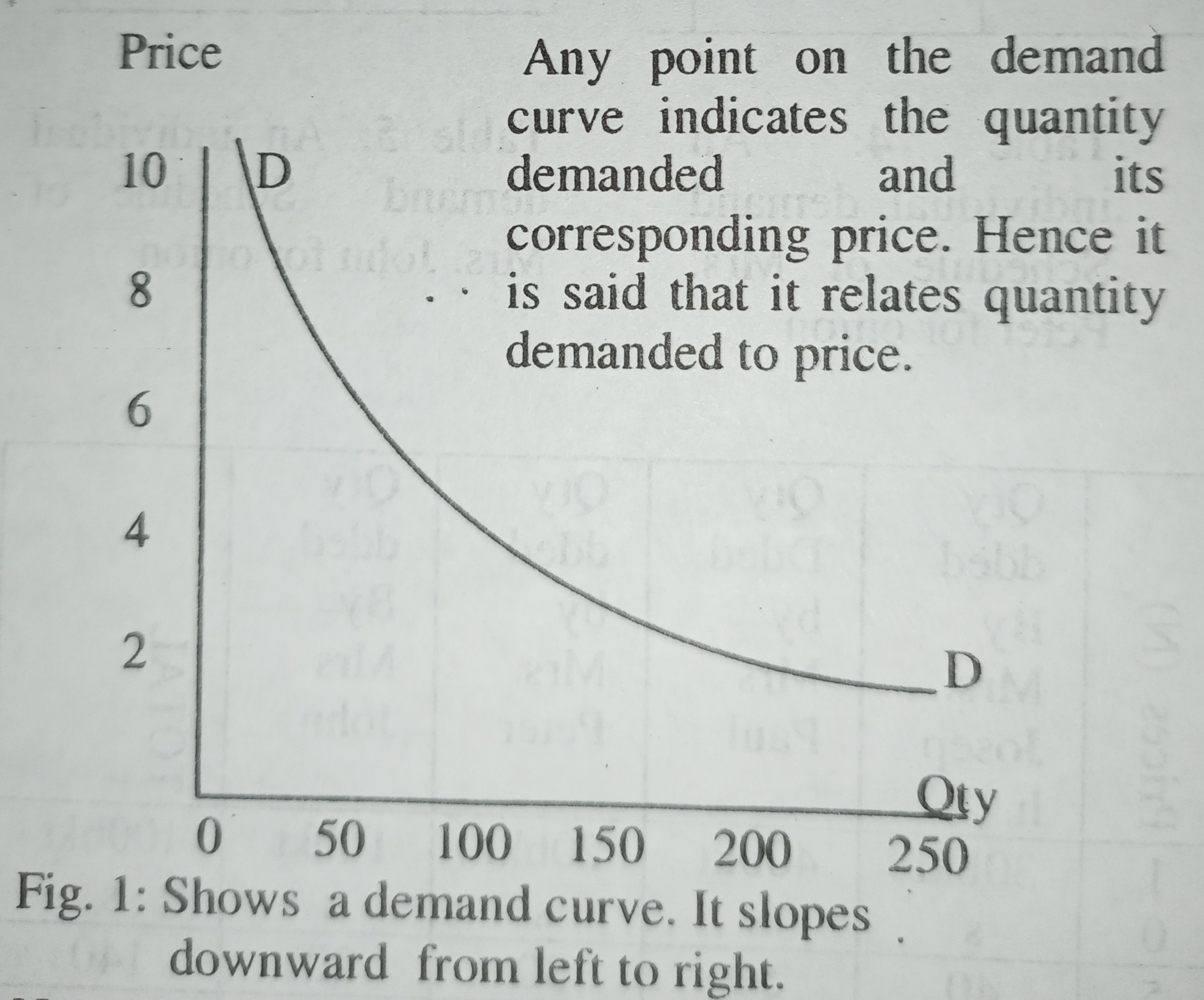 In a normal demand schedule and curve, quantity demanded is negatively or inversely related to price.

A demand curve is concave to the point of origin.

The demand curve slopes downward from left to the right. Its slope enables us to make true statement about the economic behaviour of the consumer.

First law of demand and supply.

The slope of the above demand curve reaffirms the economic hypothesis (assumption or statement) that:

‘The lower the price, the higher the quantity that would be demanded’.

The above statement is the first law of demand and supply. The law implies that a price is related to quantity demanded.

The following are the major types of demand curve

It is a curve that relates the total quantity of a commodity demanded by all consumers in a market to each price. It is also referred to as the horizontal summation (addition) of all individual demand curves. And any point on it shows the total quantity demanded by all buyers in a market at each price. The data in table below are used to plot the market demand curve as shown in figure 2. 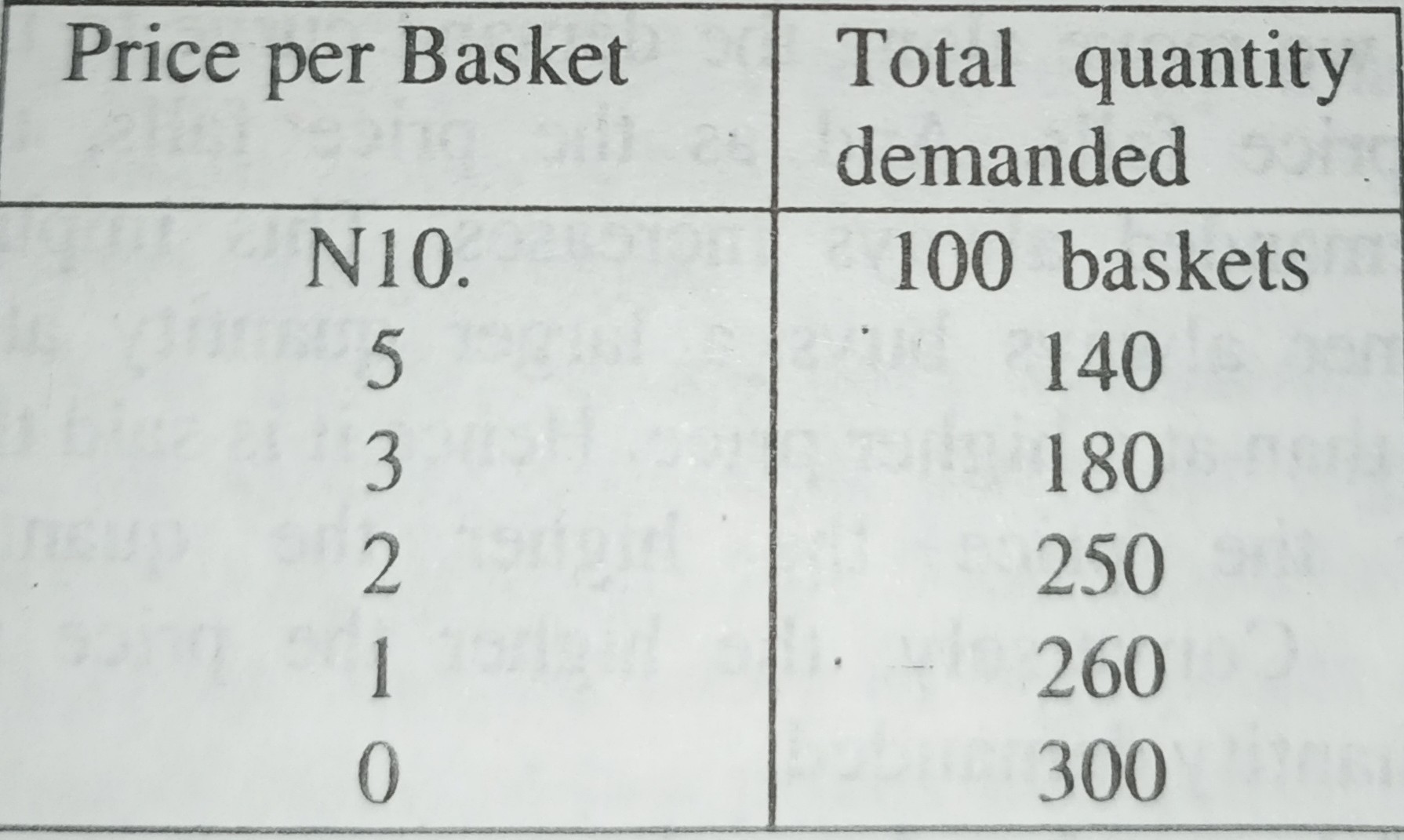 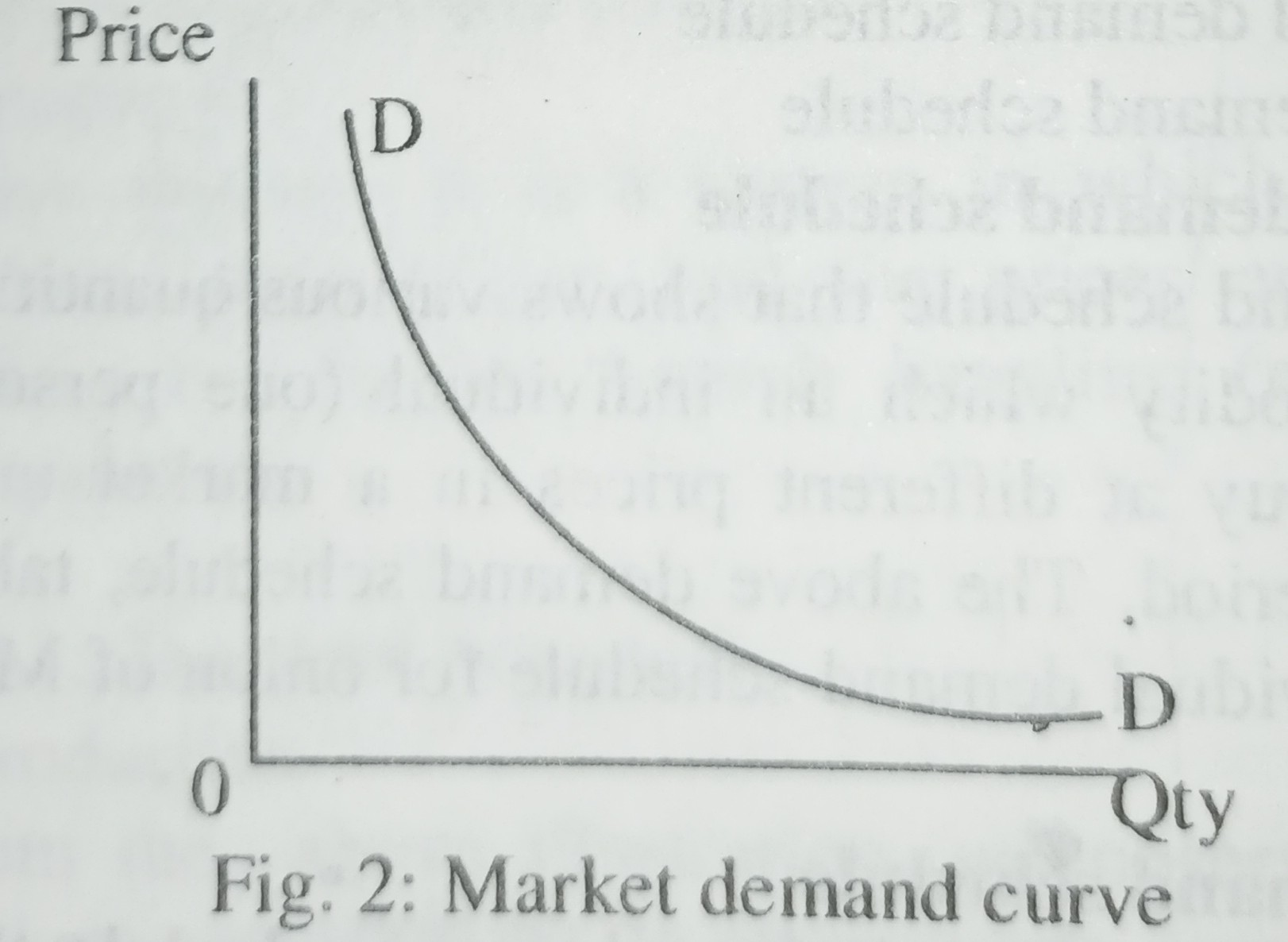 Market demand curve is drawn under the assumption that taste, income and other prices are held constant or ignored. 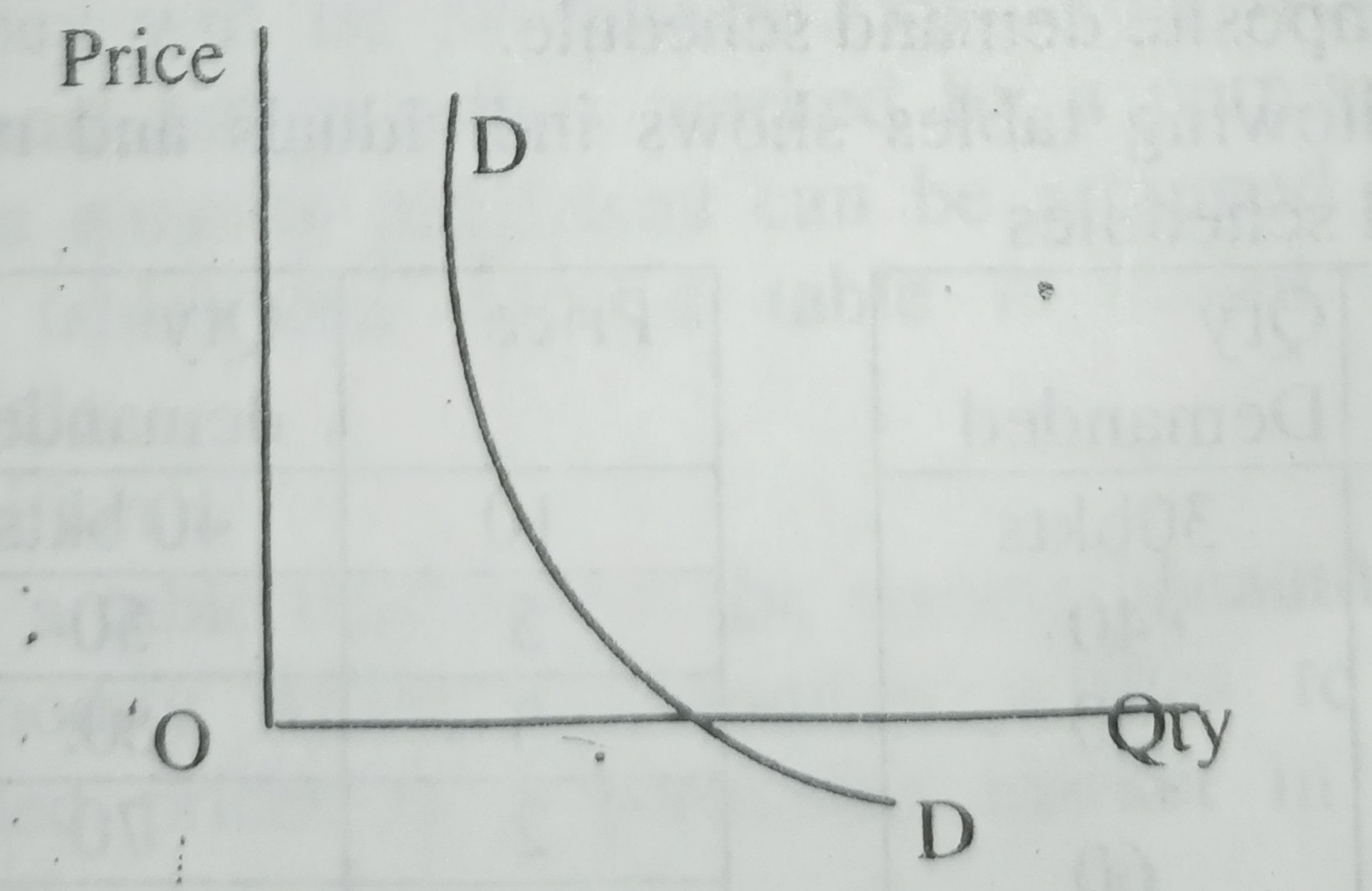