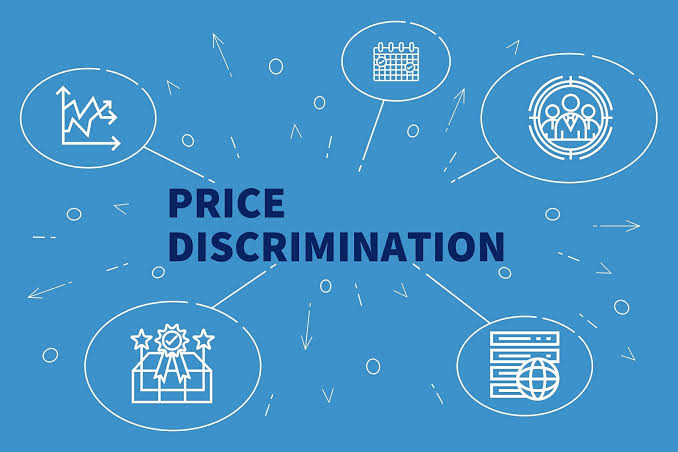 Price discrimination (PO) occurs when units of the same product are sold at different prices not on account of cost differential but for the purpose of profit maximization, In other words, it is the selling of some units of a commodity at high prices and other units at low prices to different people or in different markets, states, countries etc, in order to enjoy the benefits of large-scale production and reap maximum profit. Price discrimination is also referred to as ‘multiple price system‘.

An example of multiple prices

With the adoption of multiple price system, he will sell some units of the notebook at a higher price to those with high income or less bargaining power and other units at low prices to low income earners or people with high or tactful bargaining power. His total surplus profit will be much higher than when he adopts single (low) price system. 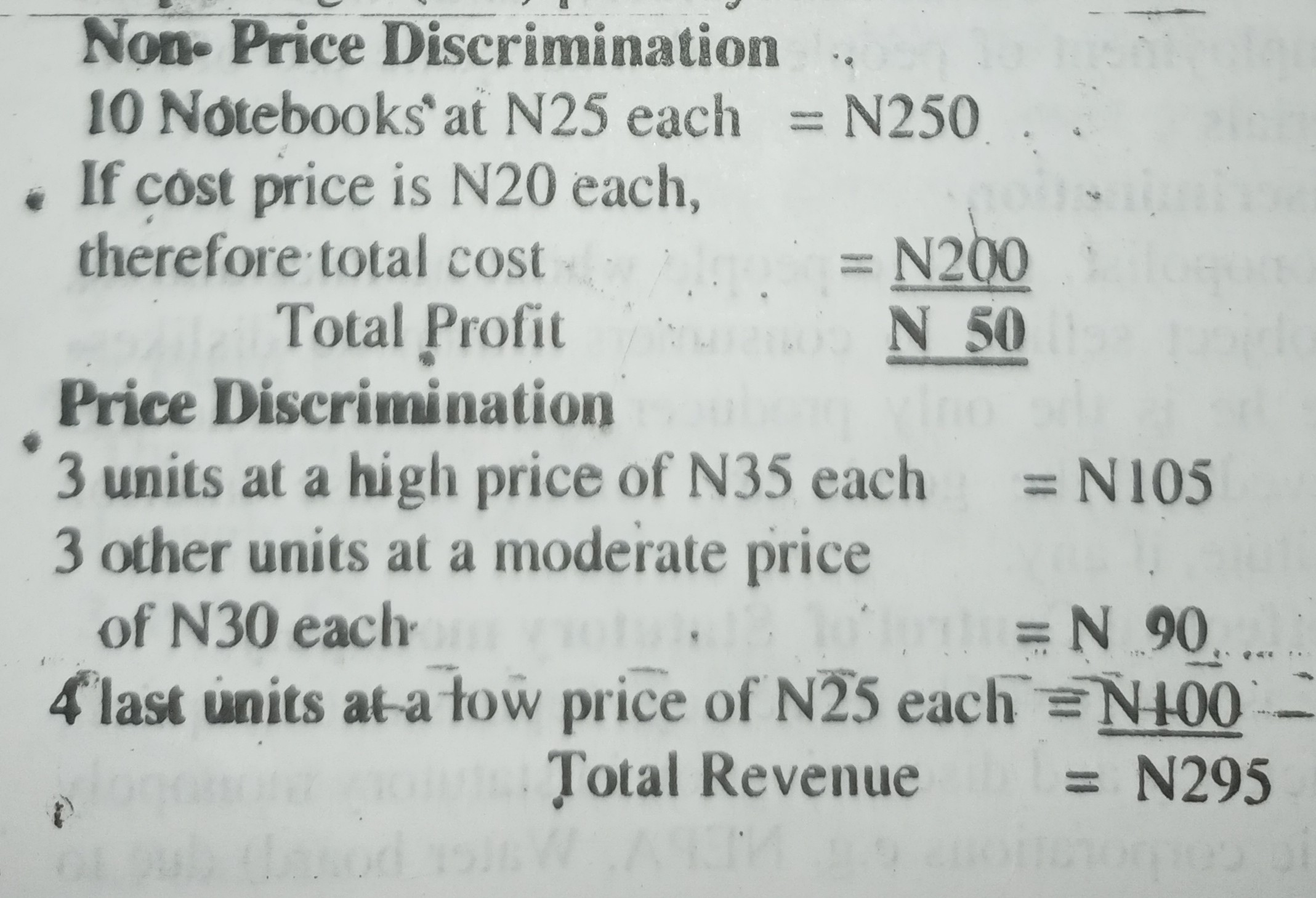 Thus the major aim is to earn higher profit than that of single price system. In other words, it is designed to convert consumers’ surplus into producers’ pocket.

Price discrimination is possible if:

The success of price discrimination depends on the following:-

A monopolist increases his profit by selling his output at different markets, assuming two markets: home and foreign markets. He sells at normal or high price in the home market; And he sells the additional or remaining output at a low price in the second market abroad.

How can he allocate his entire output among the two markets in order to maximize profit? The output or quantity sold in the two markers should be at the level that equates their marginal revenues (MRs). That is, the output that makes their MRs to be equal. In other words, he should sell quantity at which MR equal MC in each of the markets.

If this is not achieved, he has to re-allocate output among the two markets until the MRs in both markets are equal. And the optimum price in each” market is the price at which MR equals MC. The monopolist maximizes total profit in both markets when he sells output in each market that equates their MRS.

“Price discrimination is possible if demand is elastic in one market and inelastic in another”.