They are costs that are fixed or remain constant at any level of output, whether zero output (not producing) or infinite. (optimal output producing at maximum level). That is, they are costs that don’t vary with output, especially in the short-run. If output is constant, increasing or decreasing, they remain on the same level, the same amount of expenditure.

For instance, if the firm is closed down for six months, the salary of a security guard, secretary, manager, etc must be paid. Also rent, water rate and depreciation of machines must be offset. That is, they are costs which a firm must offset whether it is producing or temporarily closed’.

Examples include the following:-

Fixed costs are also referred to as:

Its curve is parallel to the base – horizontal axis. This implies that wherever the level (amount) of output, whether zero or one million items and above (maximum output), TFC remains the same amount. It is constant at any level of output. 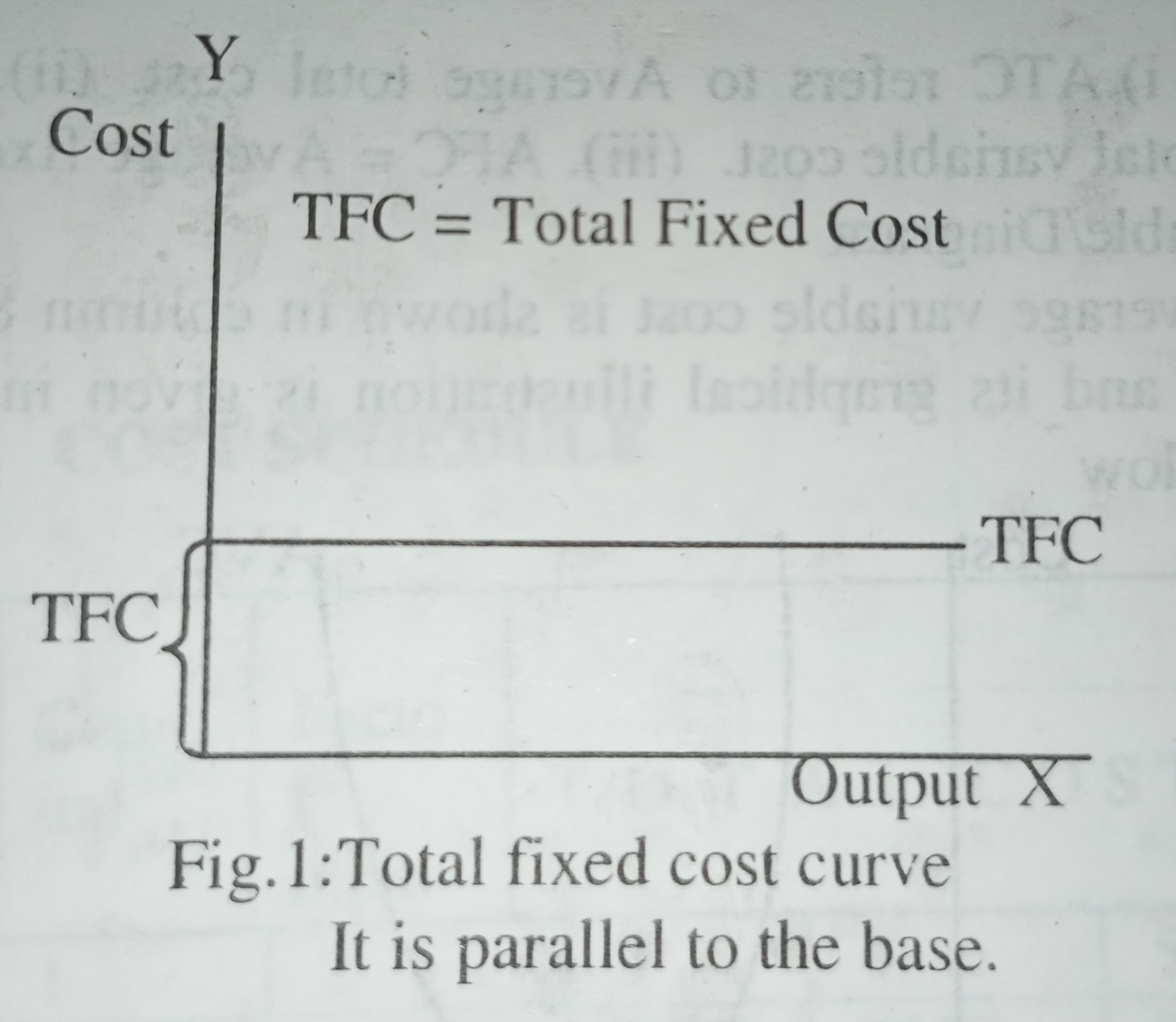 We recall that total fixed cost is the sum of all fixed costs in a firm. Alternatively, TFC = Total costs (TC) minus total variable costs (TVC).

Reason for its shape

It is downward sloping because the greater the output the lesser the average fixed cost. That is, as output increases, Average Fixed Cost decreases. This is due to the fact that total fixed cost is a constant figure, while output always increases. Thus as output rises, the AFC decreases. And the curve that represents it thus slopes downward from left to right.

Let us look at the formula of calculating average fixed cost: Total fixed cost divided by output”. The numerator – the fixed cost – is a constant figure; while the denominator, the output, is an increasing figure. Thus the quotient always decreases, it decreases with more output. Hence it is said “As output increase, average fixed cost decreases”. Thus its curve slopes downward. 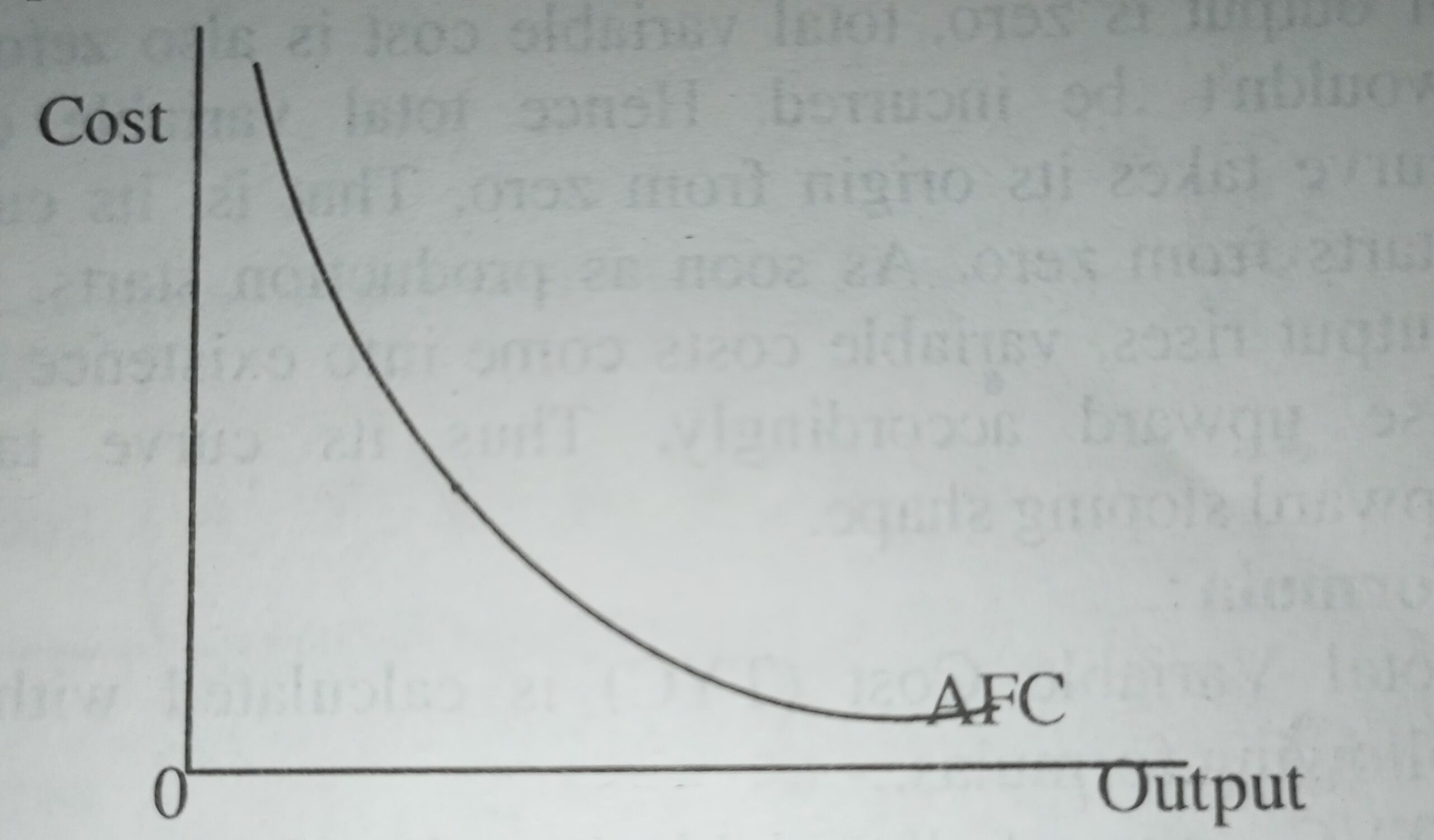