They are costs incurred in acquiring variable factors of production, e.g. raw materials, petrol, stationary, etc.; That is, they fluctuate (increase or decrease) with quantity of goods produced in the factory. The greater the variable costs, the higher the production output, and vice versa. They are only incurred when goods are being produced. Their expenses are not incurred if the factory is temporarily closed down.

They include the following:’

Variable costs are also refereed to as:

Variable costs are in two forms:

Its curve slopes upward from left, point of origin (zero output), to right. This implies (means) that the greater the output, the larger the total variable cost, Thus it is similar to normal supply curve.

Reasons for the curve’s shape 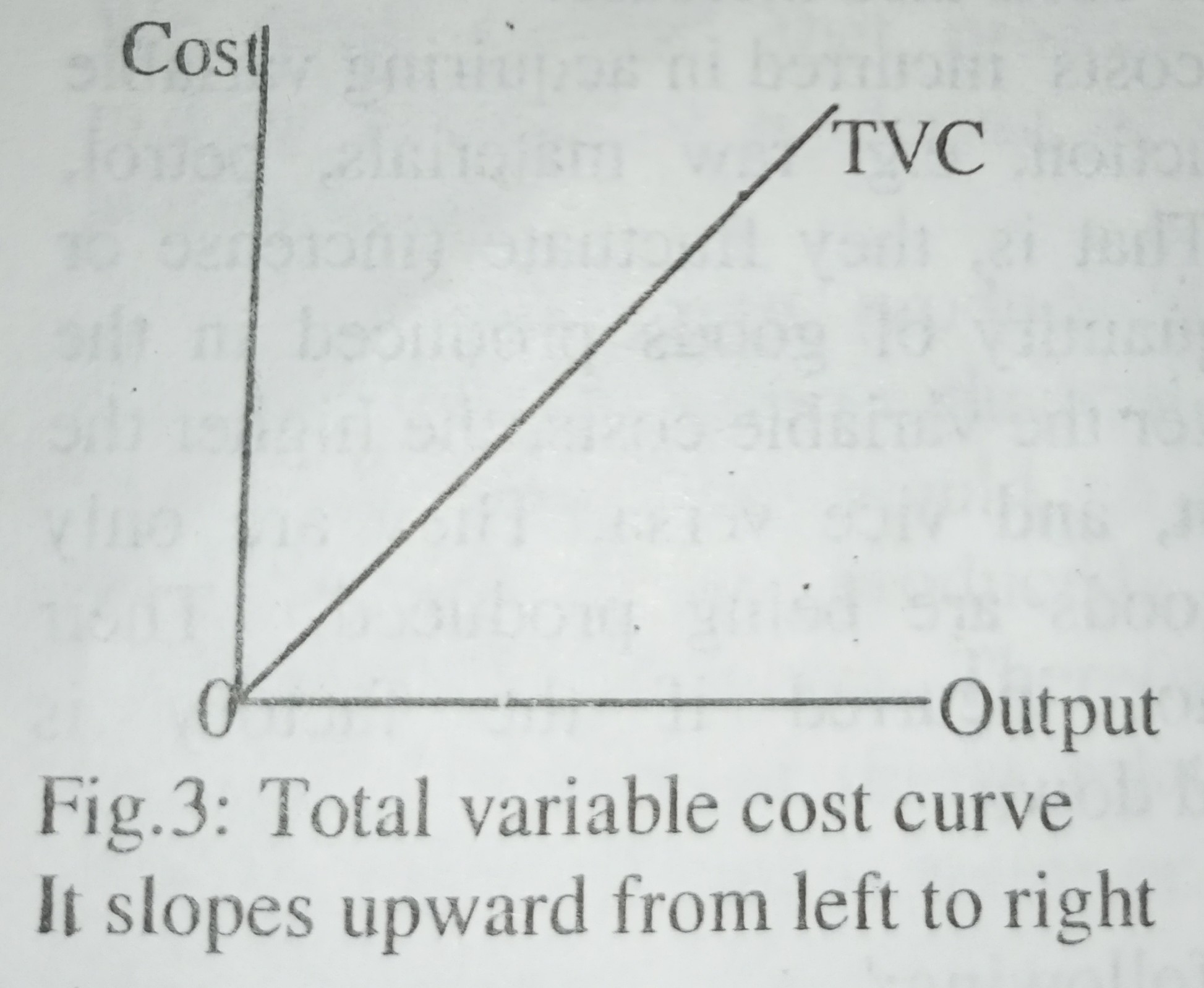 Total Variable Cost (TVC) is calculated with the following formulas::-

Its curve has ‘U’ shape. Firstly, it slopes downward and subsequently (after some time), it gradually rises upward to assume ‘U’ shape.

Reason for the curve’s shape 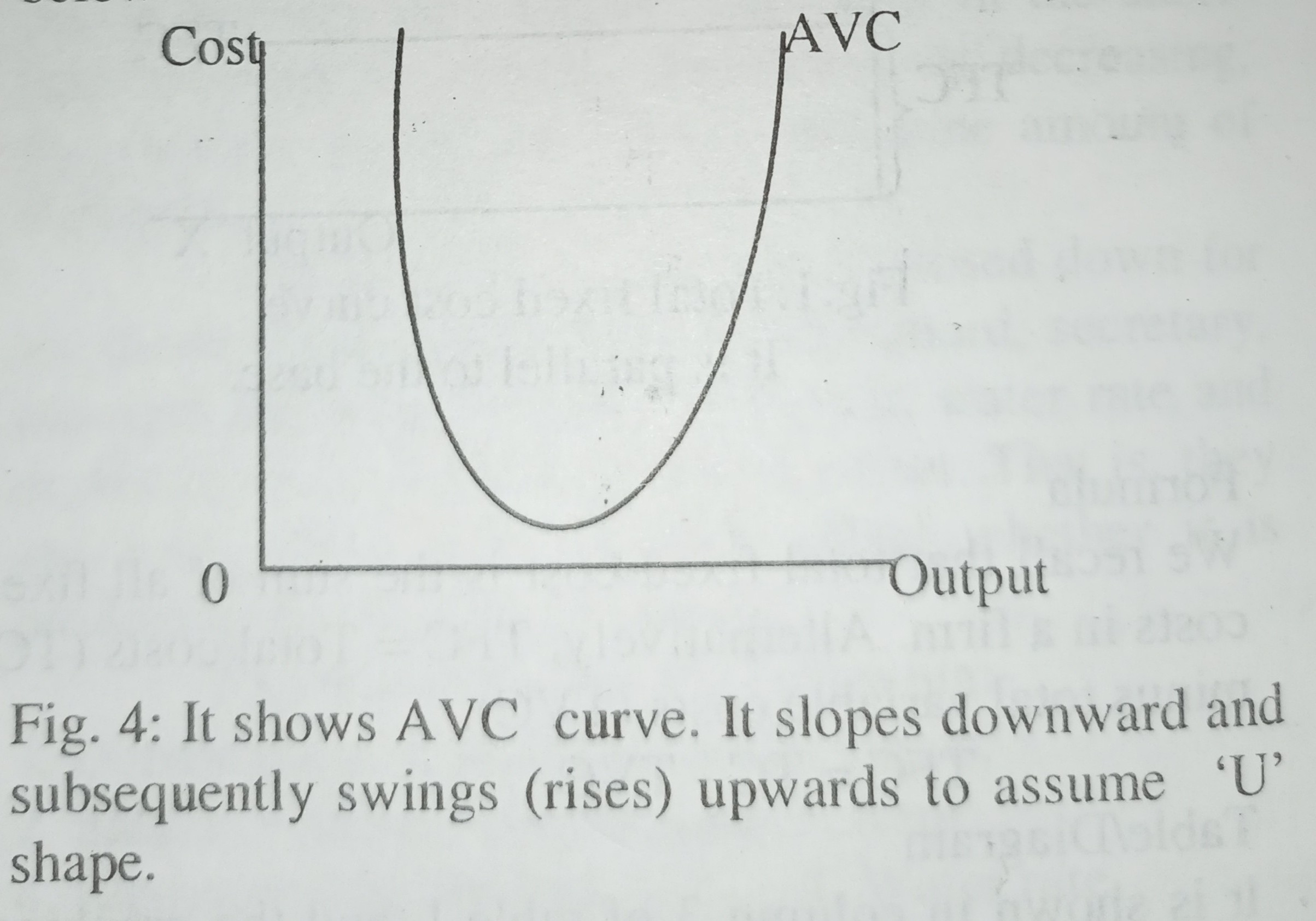 Average Variable Cost is obtained by dividing total variable costs by output (quantity produced). This and its alternative are given belo