Relationship between TFC, TVC and TC

The diagram, figure 8, given below shows the graphical relationship between TC, TFC and TVC.

TVC curve lies below TC curve because the former is a part of the latter as revealed in this equation: TC = TFC + TVC. 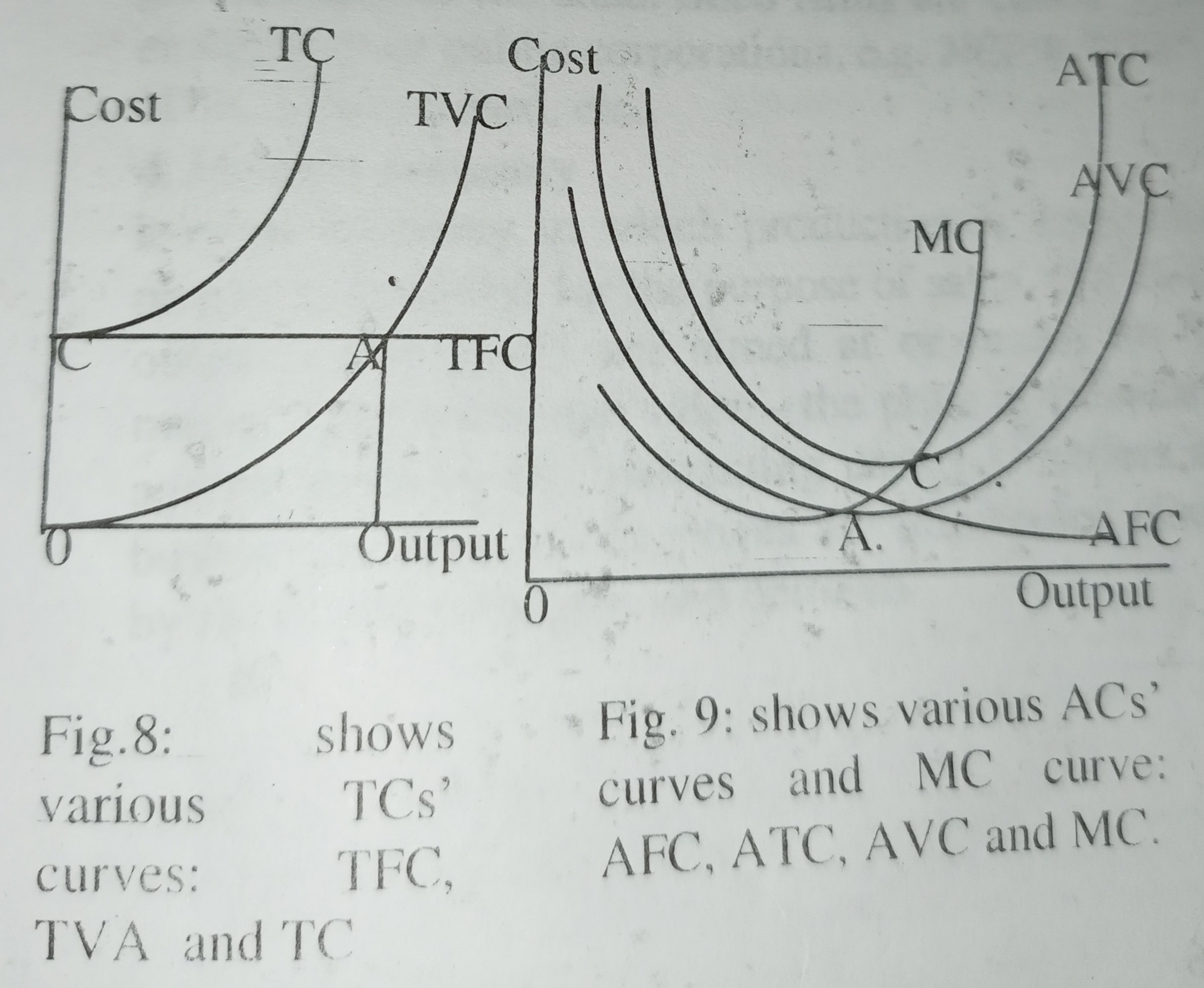 The distance between them is constant; and it is equal to TFC. TVC curve intersects (cuts) TFC curve because the latter is parallel to the base, while the former takes its origin from zero and it gradually swings upward until it intersects TFC from below at point A and it rises above it as shown in figure 8.

Relationship between average curves (ATC, AFC and AVC) and MC

Reasons for the above

Other types of cost

Save
Tags: between, costs, economics, of, relationship, the, types, various