Total cost is the total (entire or all) expenses incurred in the process of production. It is also defined as the ‘sum of total fixed cost and total variable cost’. 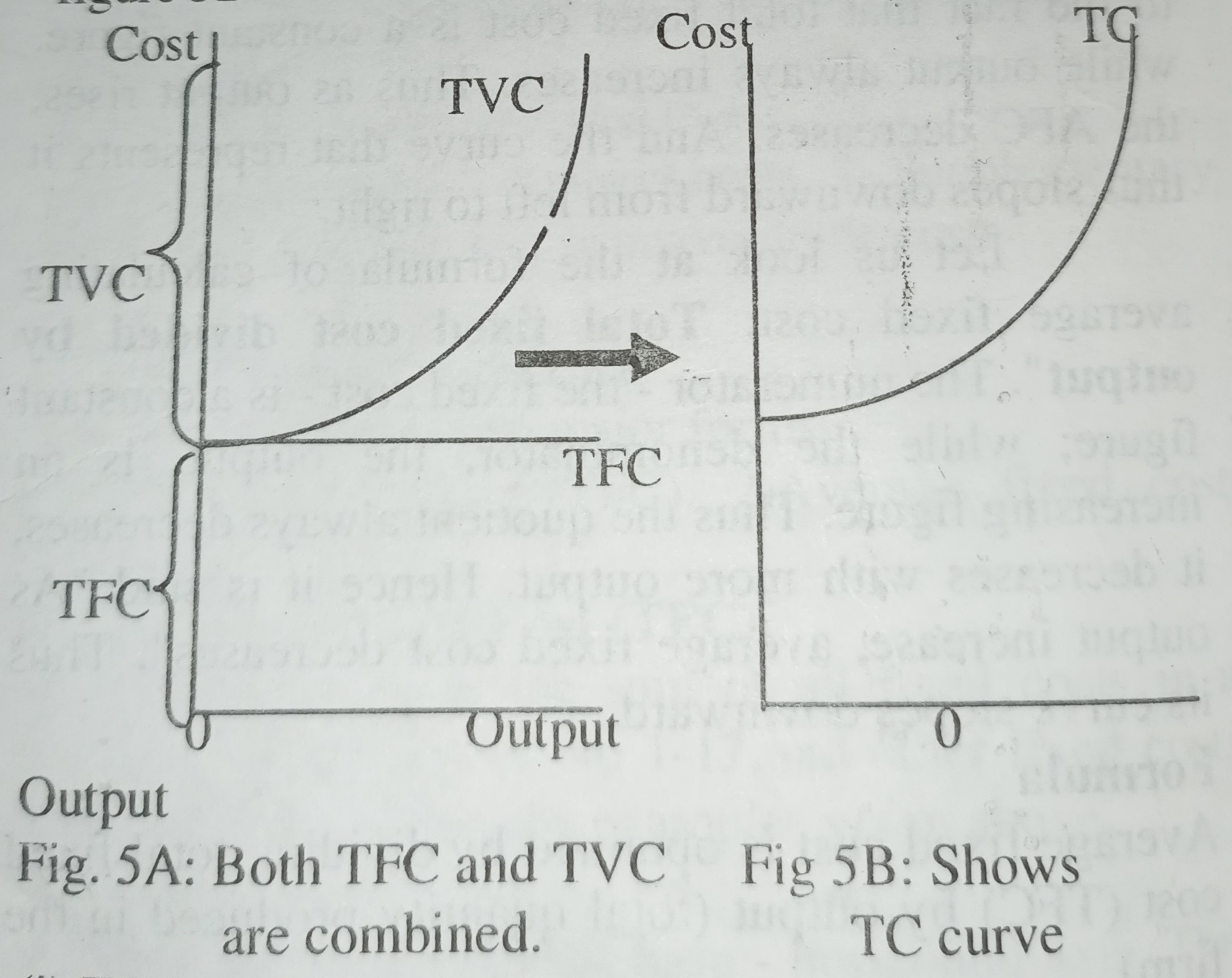 Reasons for its shape

Figure 5A simplifies the explanation for the reason of total cost curve’s shape. Certain costs must be incurred whether the firm is functioning or temporarily closed. Such costs are termed as “Fixed Costs.

Let us have a look at these questions.

1. When output is zero, what is the value of total cost?

2. When output is zero, what is the value of total variable cost? The answers explain the reasons for their points of origin as indicated above.

Total cost is calculated with the following formulas:

The concept of average means ‘per unit’, ‘per item’ or ‘per person’. Thus “average cost” means ‘cost per unit’ or ‘cost per item’. Briefly, it is ‘unit cost’. It is obtained by dividing total cost by total units or total items produced.

We can still obtain the average total cost (ATC) in absence of both total cost (TC) and total units produced through the addition of average fixed cost (AFC) and average variable cost (AVC) at a particular level of output. This is the second formula given below: 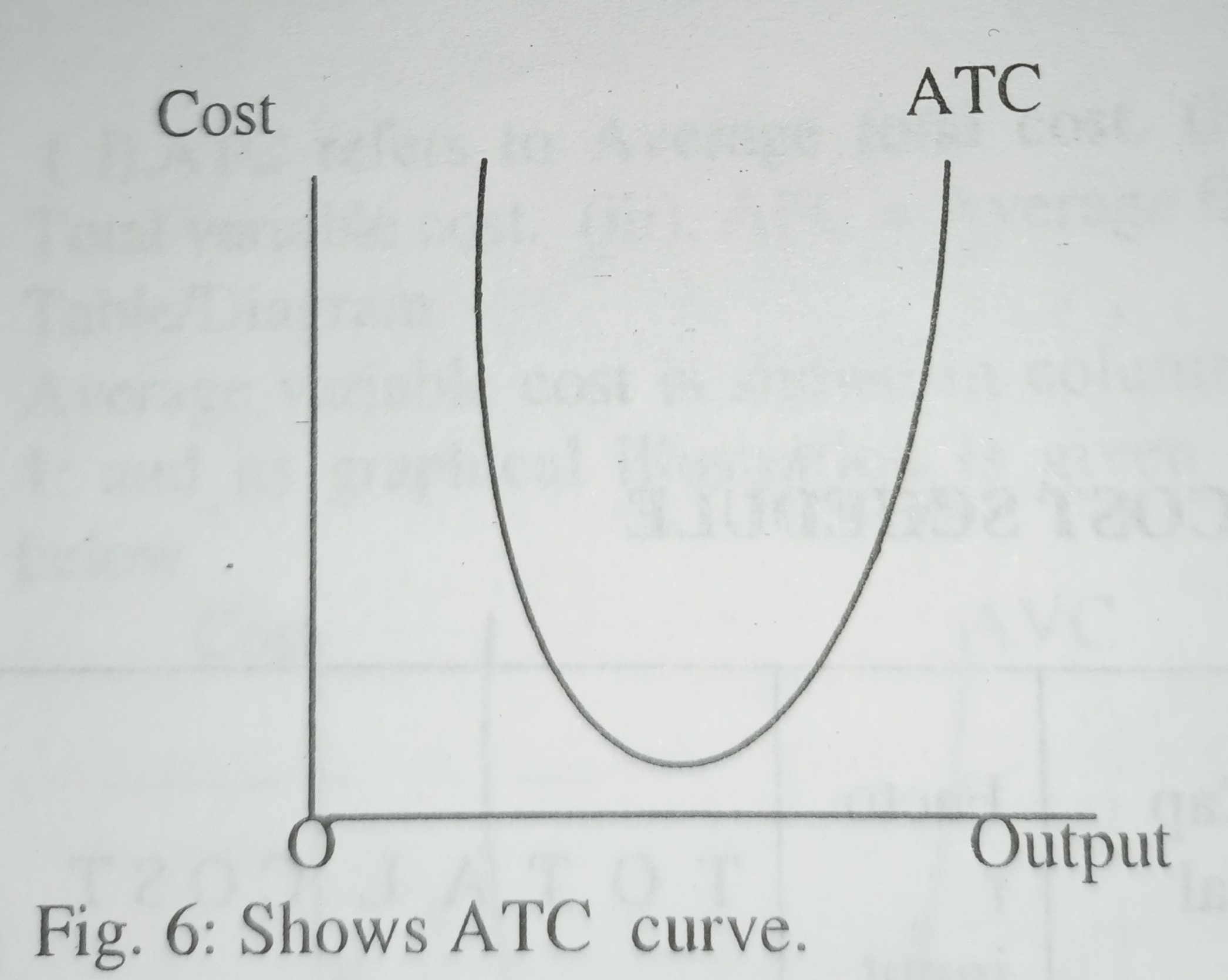 It slopes downward and subsequently swings upward to assume ‘U’ shape.

We wish to recall that TC = FC + VC. Fixed cost (FC) are permanent costs; they don’t vary with output. Therefore any addition to total cost (TC) results from addition to variable cost (VC). Thus marginal cost occurs as a result of addition to Variable Cost and not to Fixed Cost.

Marginal cost (MC) curve is similar to average variable cost’s (AVC) curve. However, the right hand side is often higher than the left hand side. This is due to indiscriminate employment or uses of additional item. 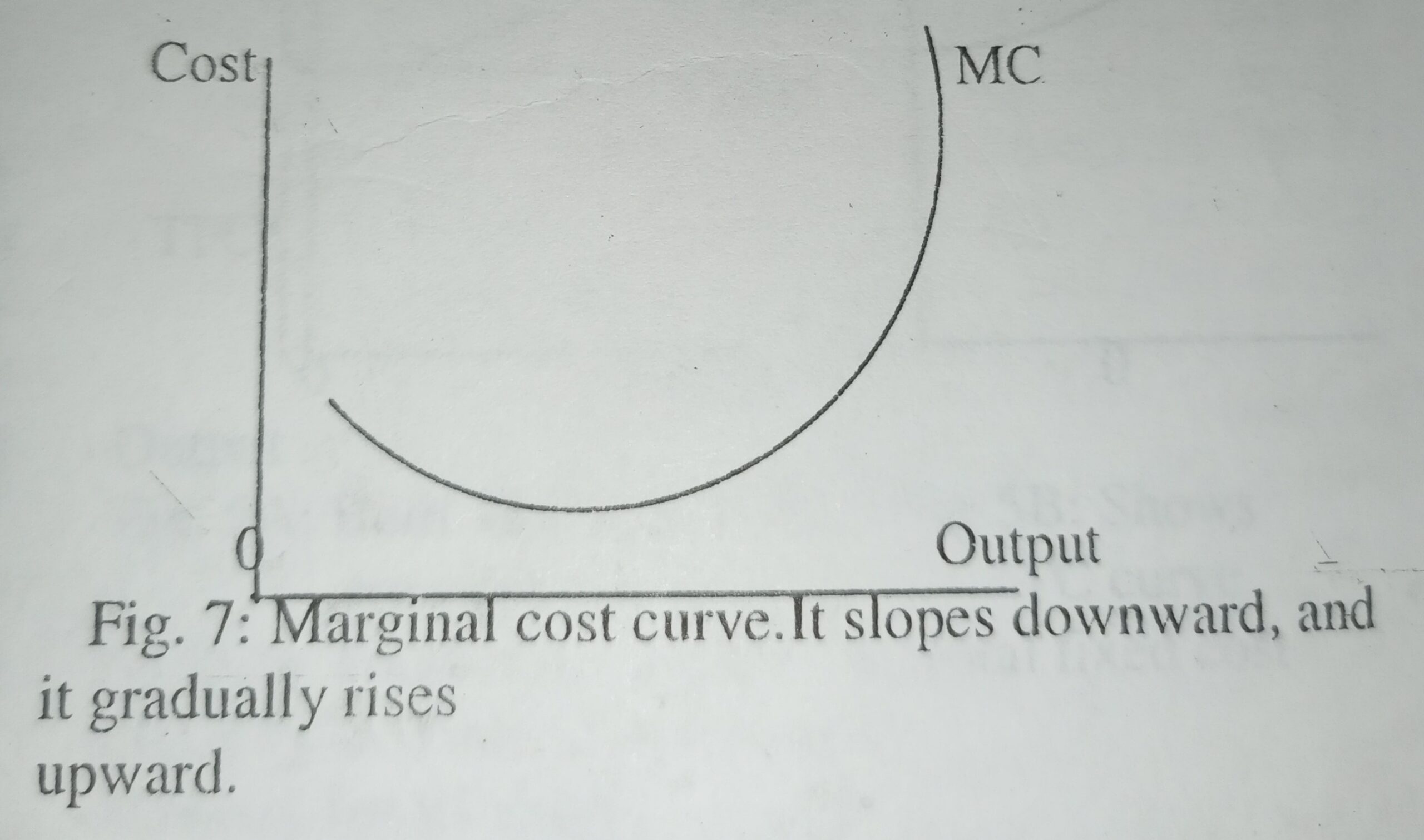 The following formulas are used in the calculation of the MC.