We have deliberately used different synonymous words and phrases in the different approaches in the definition of indifference curve so as to enable students to have an in depth knowledge of the introductory aspect of the topic.

Indifference Curve has negative slope; that is, it slopes downward form left to right. Its slope reflects axiom of diminishing marginal rate of substitution.

Let us assume that a consumer consumes only two commodities: Beef and Rice. He may have equal preference on the two commodities; or he prefers a larger quantity of beef and a less quantity of rice. Alternatively, he varies the proportion of one to another in various forms; it-may be in ratio of 5 to 2, 6 to 1, 4 to 3, etc. How his preference varies on the two items from time to time is shown in table 6 below.

It shows various combinations of beef and rice which give equal satisfaction to the consumer. Thus he is indifferent among the alternatives as anyone confers equal utility upon him. That is, any one gives him equal satisfaction. And the graphical illustration is show in figure 6. 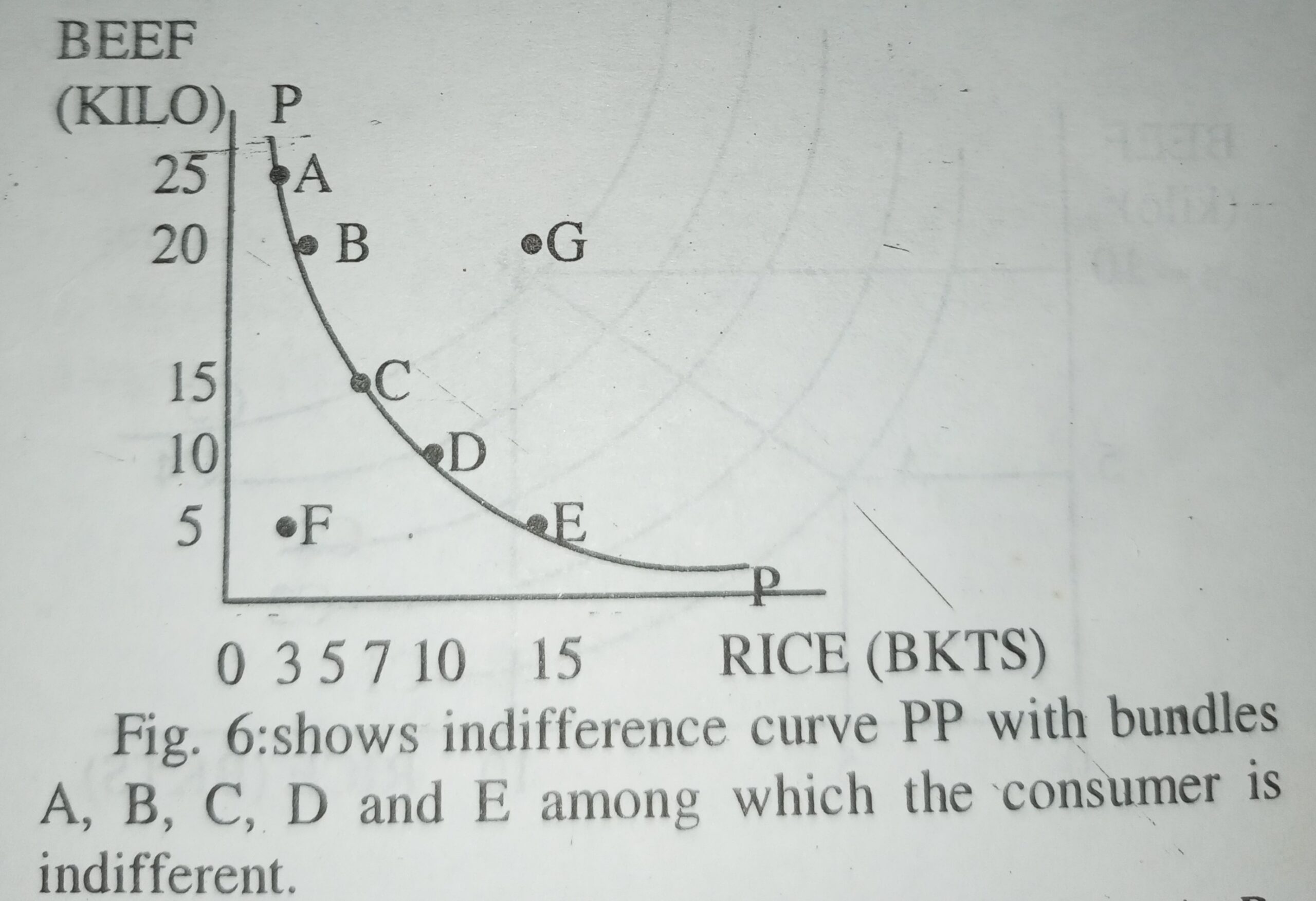 The combinations at any of the points: A, B, C. D and E gives equal satisfaction to the consumer. That is, he derives the same amount of satisfaction from either having 25 kilos of beef and 3 baskets of rice or 15 kilos of beef and 7 baskets of rice. Thus any of the above bundles confers (gives) equal utility upon the consumer. Hence it is said that he is indifferent among the various bundles of the two items.

The combination of the two items at point F which is on the left of curve PP gives lower amount of satisfaction to the consumer than a combination exactly located on the curve. It is because combination F contains a fewer quantity of both items than those on the curve.

Note: At any point on the indifference curve, the level of utility (satisfaction) is always the same.

It is a set of indifference curves. “That is, indifference Map (IM) consists of many indifference curves as illustrated in figure 7. As one moves form one indifference curve like Cl to another like C2, C3, the combination of the two commodities increases. In other words, point B on C5 contains larger quantities of both beef and rice than point A located on Cl as clearly indicated in the figure. 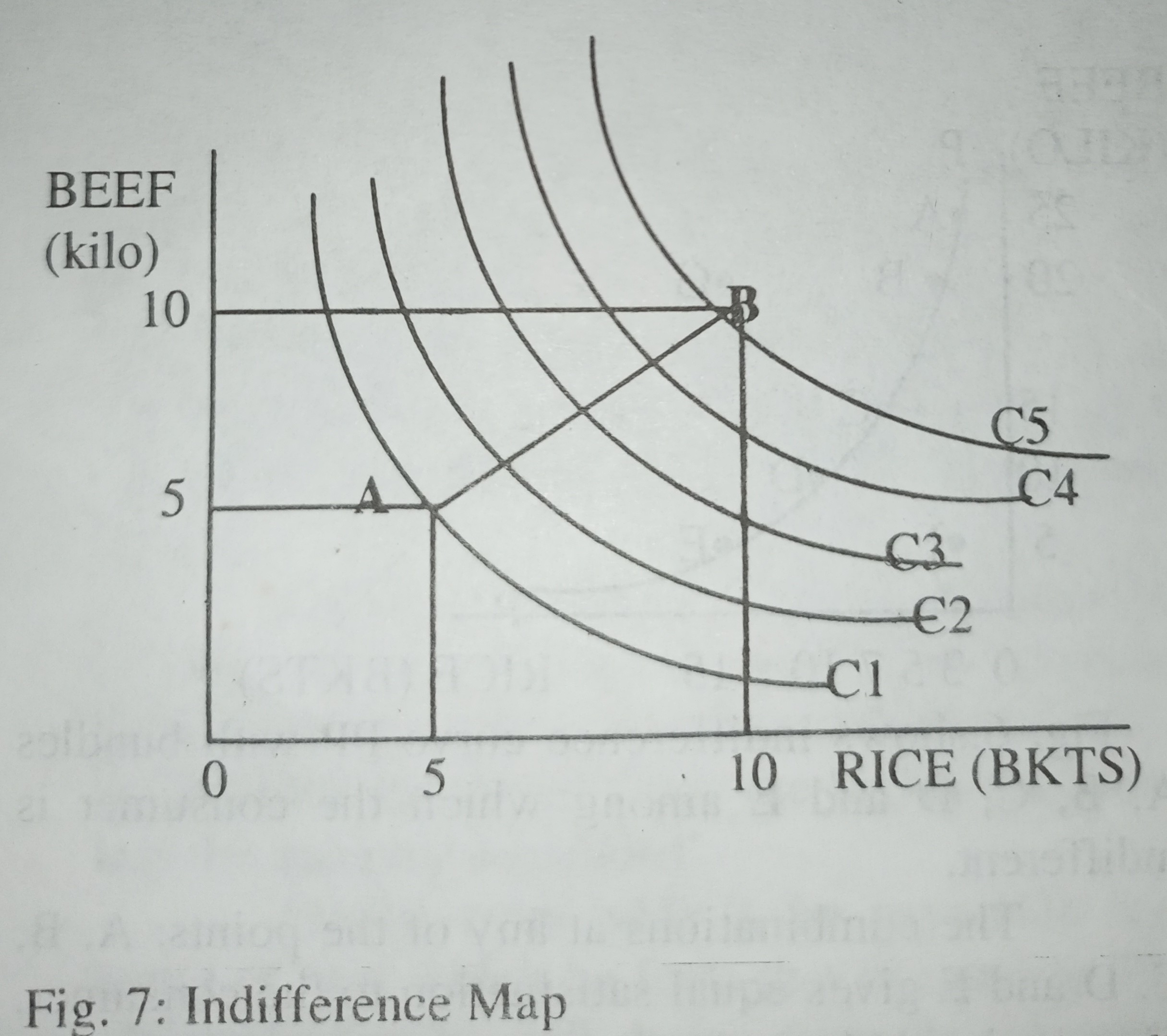 Combination B > Combination A. That is, bundle B yields greater satisfaction than bundle A.

It is a line that shows alternative combination of two goods which a consumer can buy with his given income (e.g. salary) if their prices are constant in a given period.

Mathematically, his total utility maximizing equation is as follows:

A consumer is in equilibrium at the level in which he derives maximum satisfaction from the various goods and services he acquires and consumed. 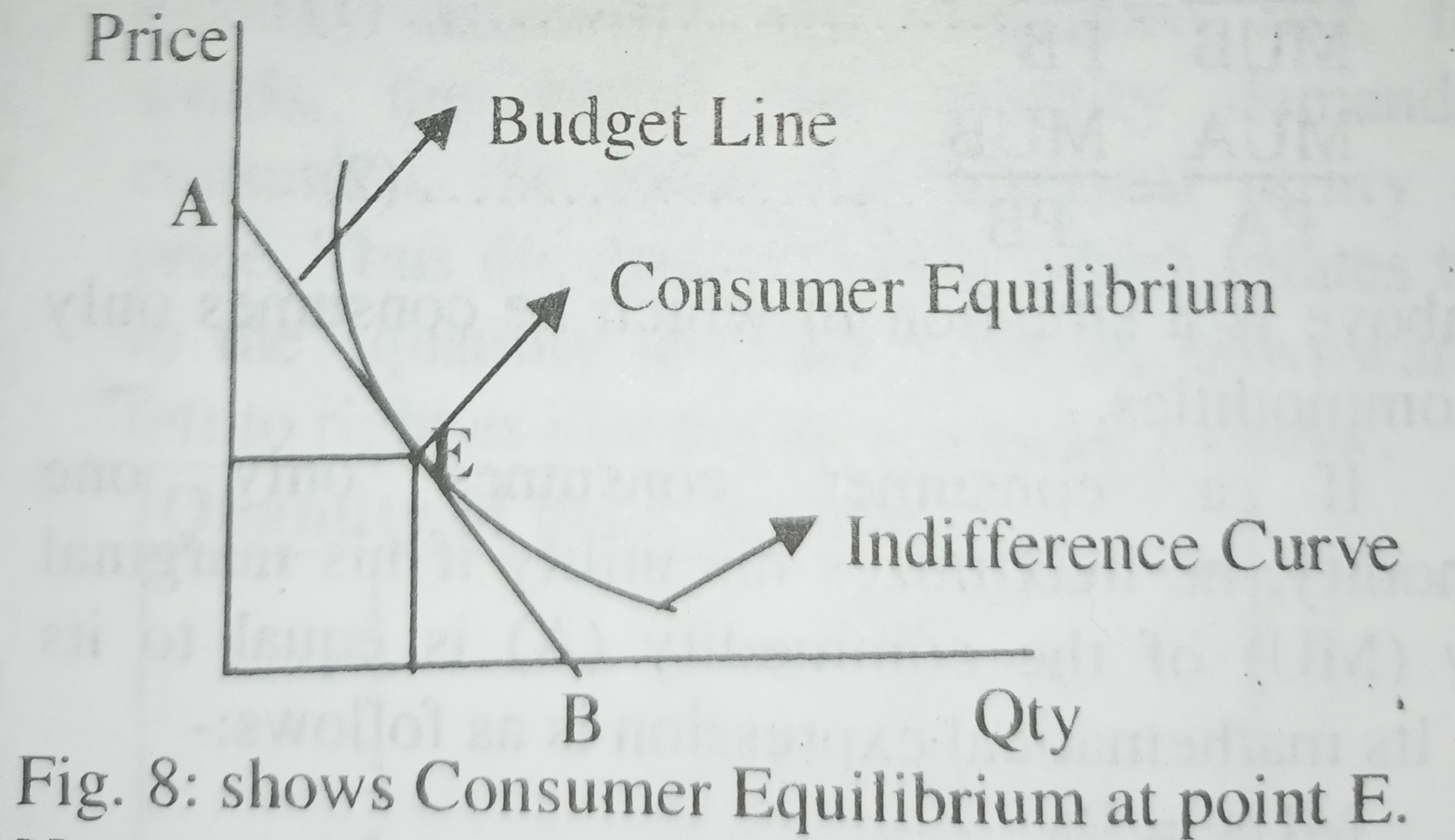 Note: At point E, the marginal rate of substitution (the rate at which a consumer substitutes one good for another) between the two goods is the same.

It is an effect of a use of one item in a place of another (or the use of a larger quantity of one good than another) due to changes in their relative prices. If a price of commodity A falls, buyers tend to substitute it for another commodity (commodity B whose price either remains the same or increases). 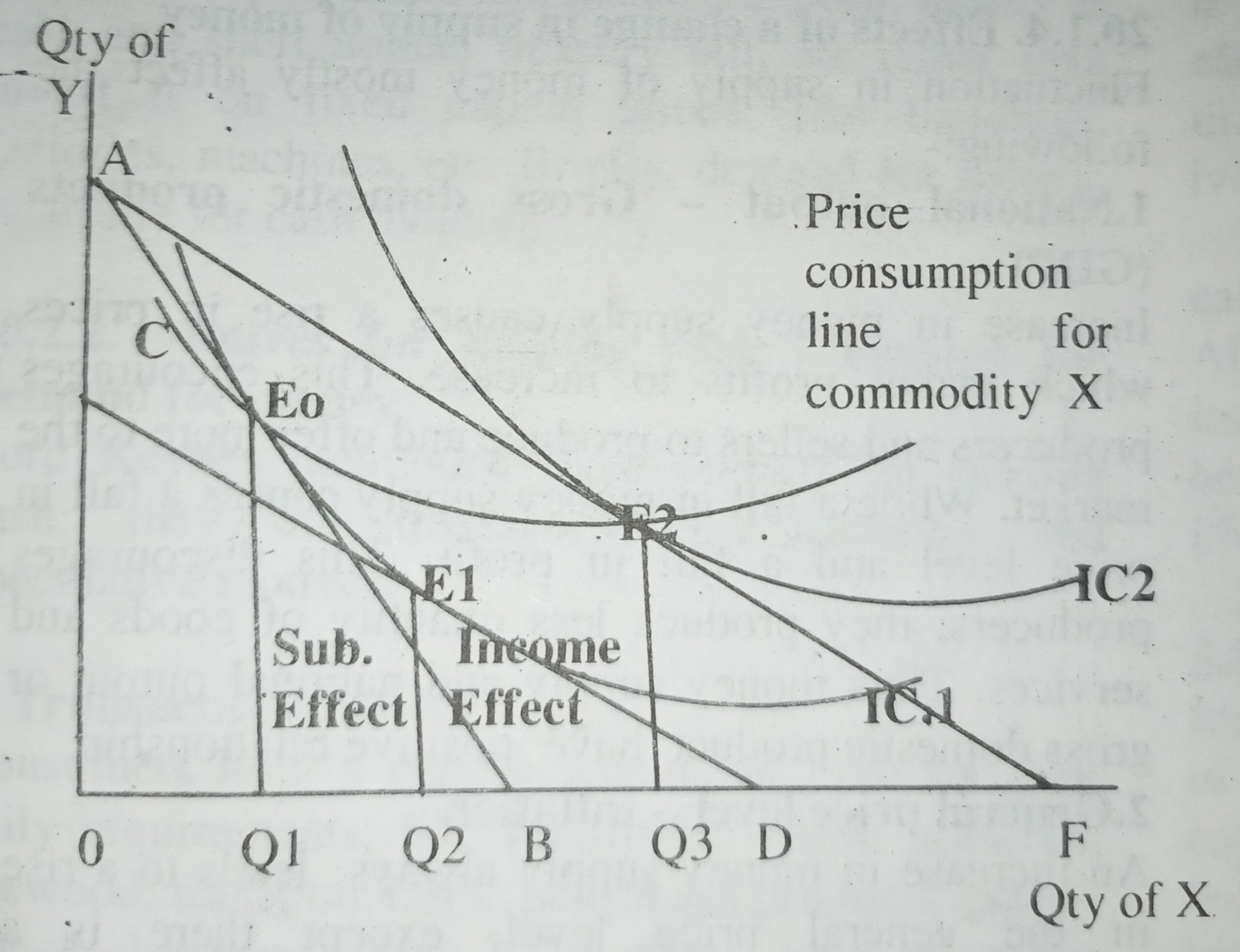 Both effects are clearly illustrated in figure above.

Figure above shows both substitution and income effects.