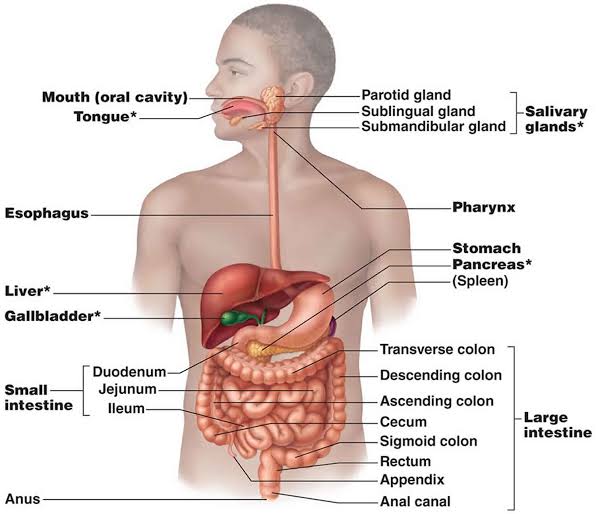 The description and importance of the parts are as follows:

Mouth: The alimentary canal of man starts from the mouth. The mouth contains the teeth, salivary gland and tongue.

The saliva is slightly alkaline.

Stomach: In the stomach, the food is temporarily stored for few hours and it is released at regular intervals by the opening of the pyloric sphincter. In the stomach, the gastric gland secretes gastric juice which contains two enzymes – renin and pepsin.

The renin acts on milk (or it helps to curdle milk) while the pepsin breaks down proteins to peptones. The gastric gland also secretes hydrochloric acid (Hcl) which creates an acid medium for two enzymes to act. The Hcl also helps to kill some bacteria in the stomach. The food is churned by muscular contraction of the stomach wall (churning movement) which enables the mixing of food with digestive juice. The churning movement then converts the food into a semi-liquid state called chyme.

Duodenum: Digestion of food also takes place in this region of the alimentary canal. The duodenum contains pancreas which secretes pancreatic juice that contains three enzymes. These enzymes are:

The pancreatic juice is alkaline and provides that medium for enzymes.

The digestion of fats and oil is aided by a green alkaline liquid called bile which is secreted by the liver and stored in the gall bladder. The bile helps in the emulsification of fats, i.e. breaking down fats into tiny droplets. At the end of digestion in the duodenum the food now in liquid form called chyme passes to the ileum or small intestine.

In man, the final digestion of food ends in the small intestine. The end products in the digestion of protein are amino acids, fats and oil and fatty acids and glycerol, while that of starch is glucose. 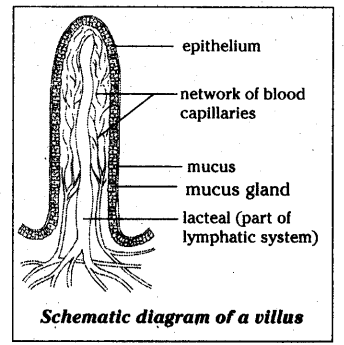 The inner surface layer or epithelium of each villus is thin. This allows the absorption of the end products by either diffusion or active transport through it. the glucose and amino acids are easily absorbed by blood capillaries through the epithelium while the fatty acids and glycerol enter the lacteal where they are carried through the lymph vessels which eventually empty their contents into the blood vessels near the heart. The blood then carries the fats and other food materials to various parts of the body where they are needed.

Caecum and Appendix: In man, the functions of caecum and appendix are not well known by the caecum usually contains some bacteria which aid minor digestion of cellulose. some vitamins such as K and B-complex are partially synthesized in this region.

Large intestine: The undigested food passes into the colon or large intestine. Here, water is absorbed. This absorption of water concentrates the waste products and turn them into faeces. The faeces is passed into the rectum and finally out of the body through the anus.

An enzyme is an organic catalyst, usually proteinous in nature, which promotes or speeds up chemical changes in living cells but are not themselves used up in the process. Enzymes accelerate metabolic reactions without changing their composition in the process.

There are two major types of enzymes. These are:

The new method of classifying enzymes is based on the nature of chemical changes brought about on a substrate. Such changes may involve oxidation in which case the enzyme will be called an oxidase.

It is important to note that the earlier classification based on the substrate an enzyme works on, e.g. amylases for maltose, proteases for protein or lipases for lipids are no longer correct or biochemically acceptable.

From the above classification, it is clear that all digestive enzymes belong to the class called hydrolases. The class, hydrolases generally refer to enzymes that break up various bonds (i.e. breaking large molecules into smaller particles) in the presence of water. 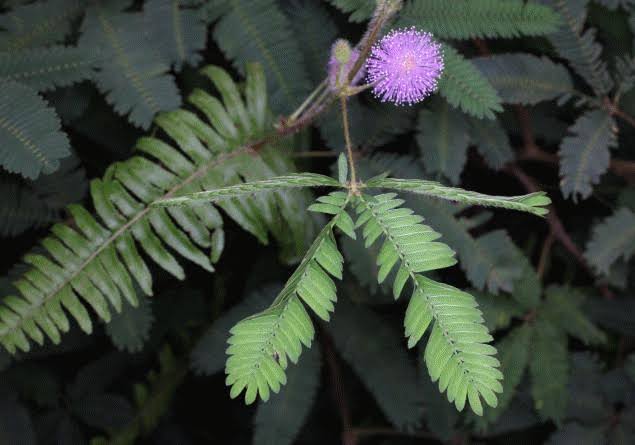 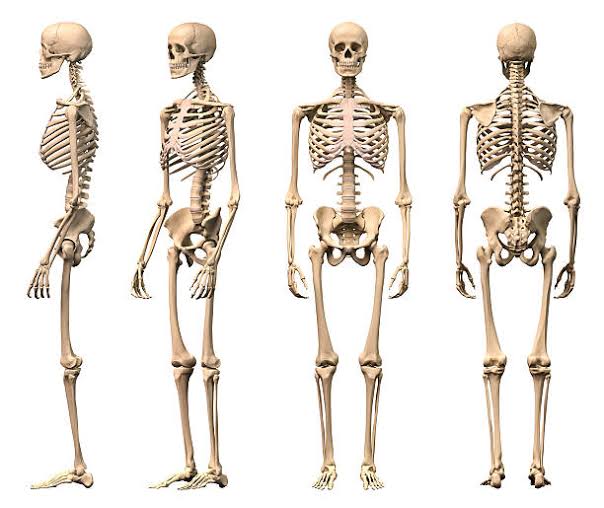 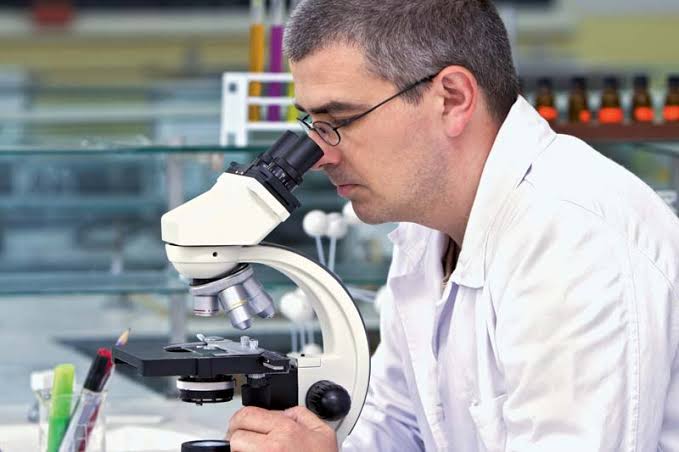 BIOLOGY AS AN INQUIRY IN SCIENCE