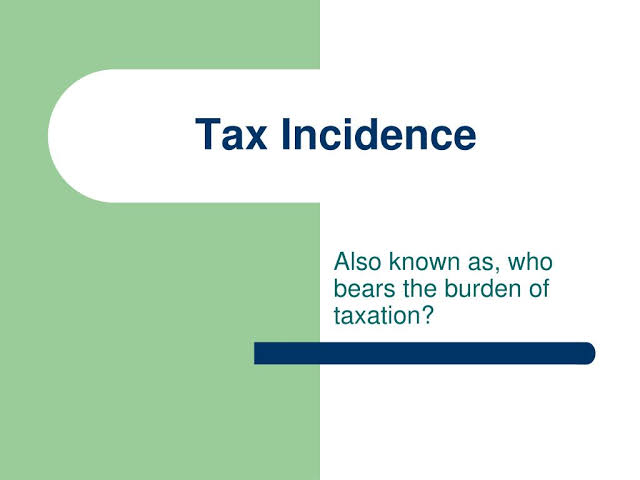 Types of incidence of taxation

a) Incidence of indirect tax when demand is perfectly inelastic: The burden of an indirect tax on a commodity whose demand is perfectly inelastic is borne by the consumer. In this case, the whole tax burden can easily be shifted to the consumer by the producer (or seller) in the form of higher prices because increase in price does not bring about any change in quantity demand. 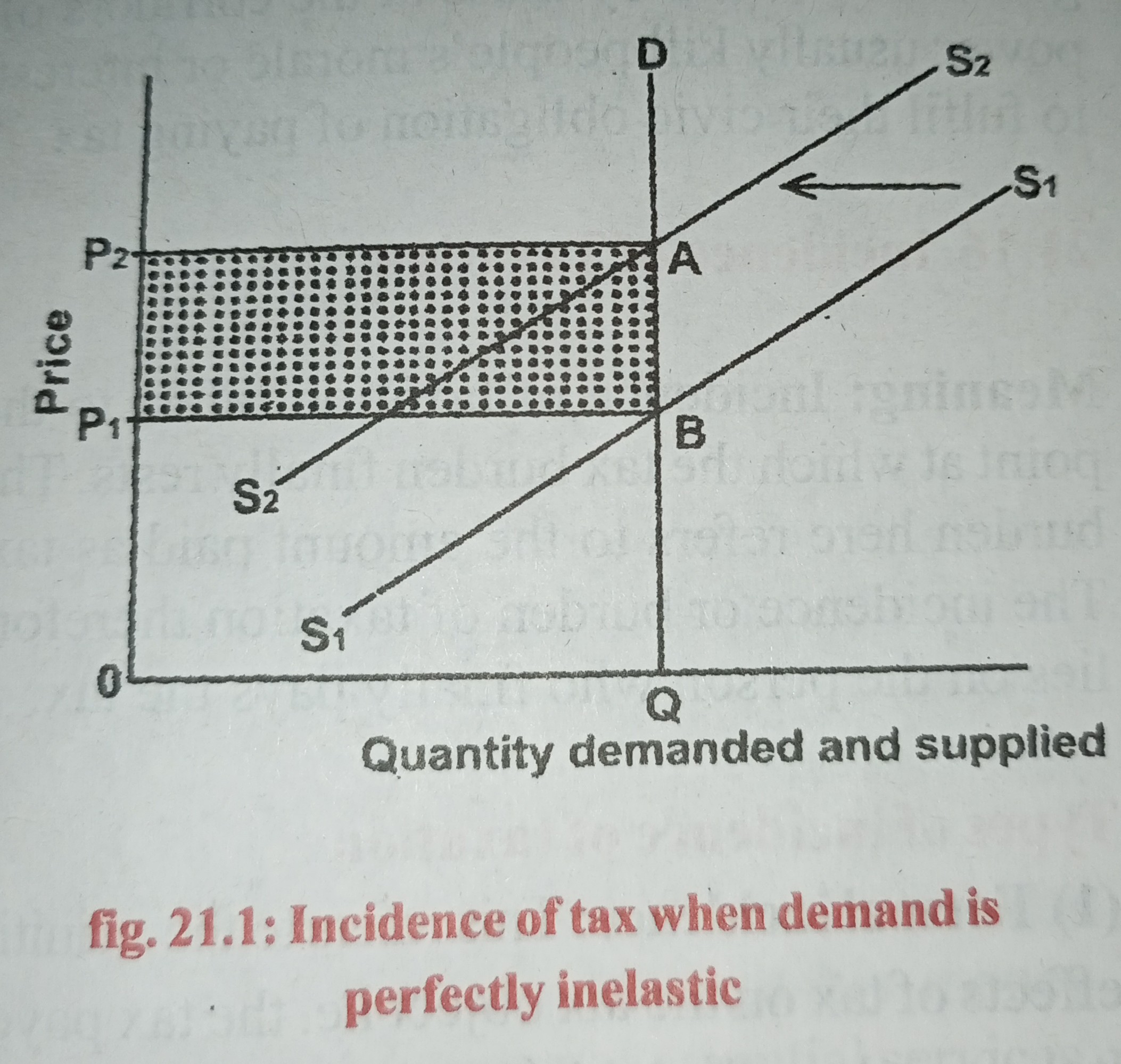 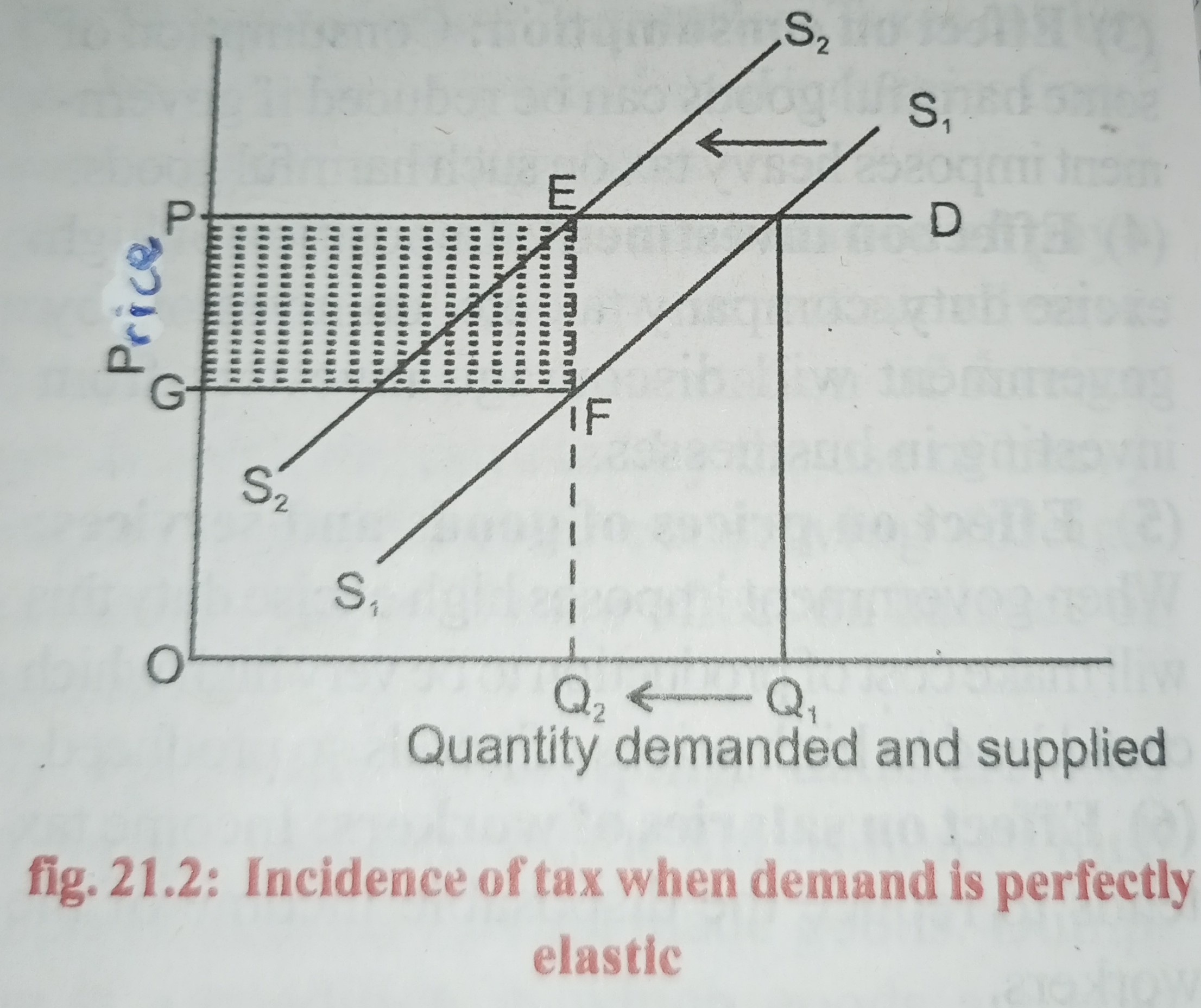 In fig. 21.2, the tax is represented by EF. Since the tax increases the manufacturer’s (seller) cost of production, the quantity supplied decreased from Q1 to Q2. However, the price remains at P since any attempt to increase price will make demand to drop to zero. The manufacturer or seller therefore bears the whole tax burden represented by rectangle PEFG. 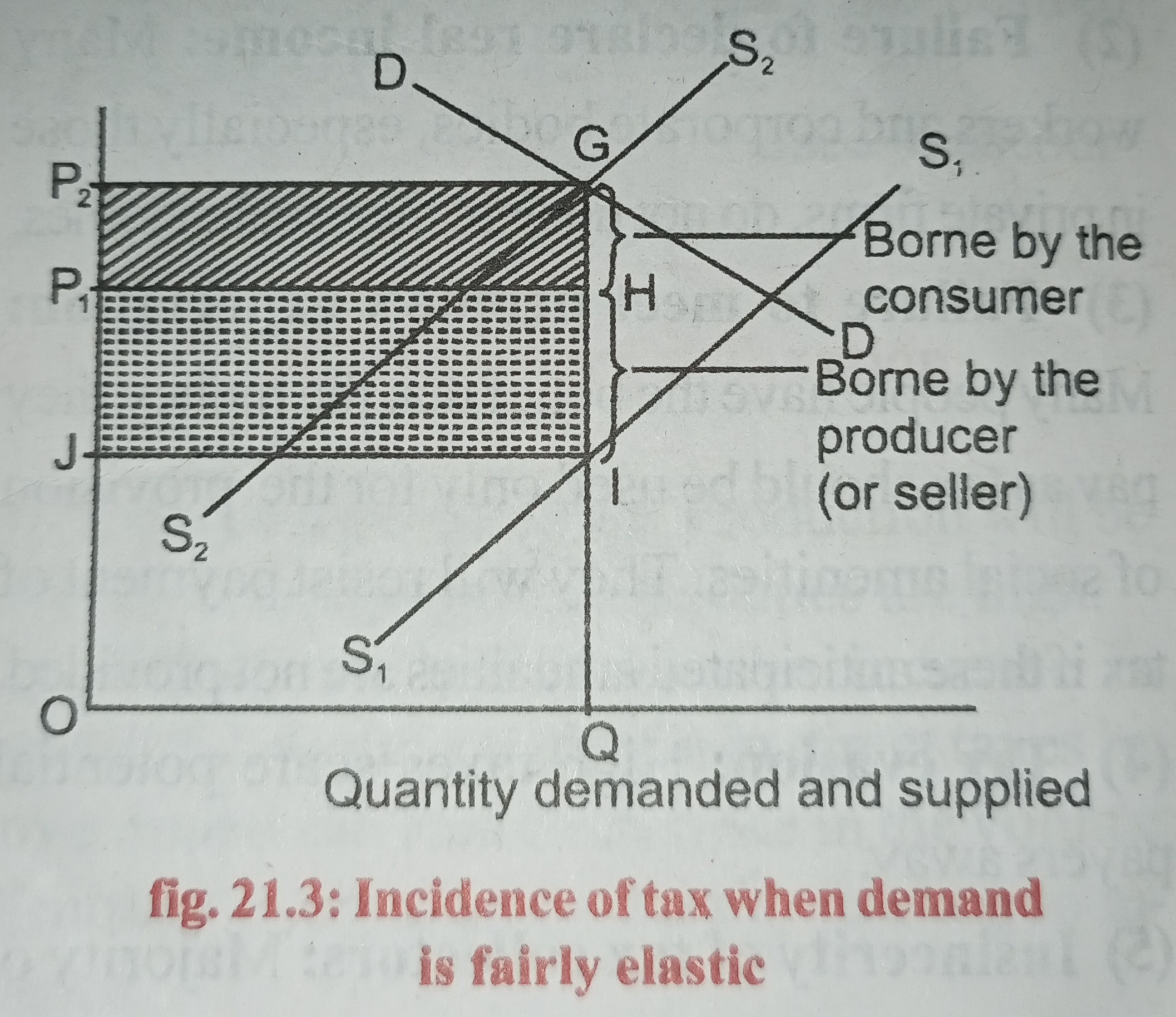 In fig. 21.3 the producer or seller bears the tax burden represented by P1HIJ while the buyer bears P2GHP1. The producer therefore bears the greater burden. 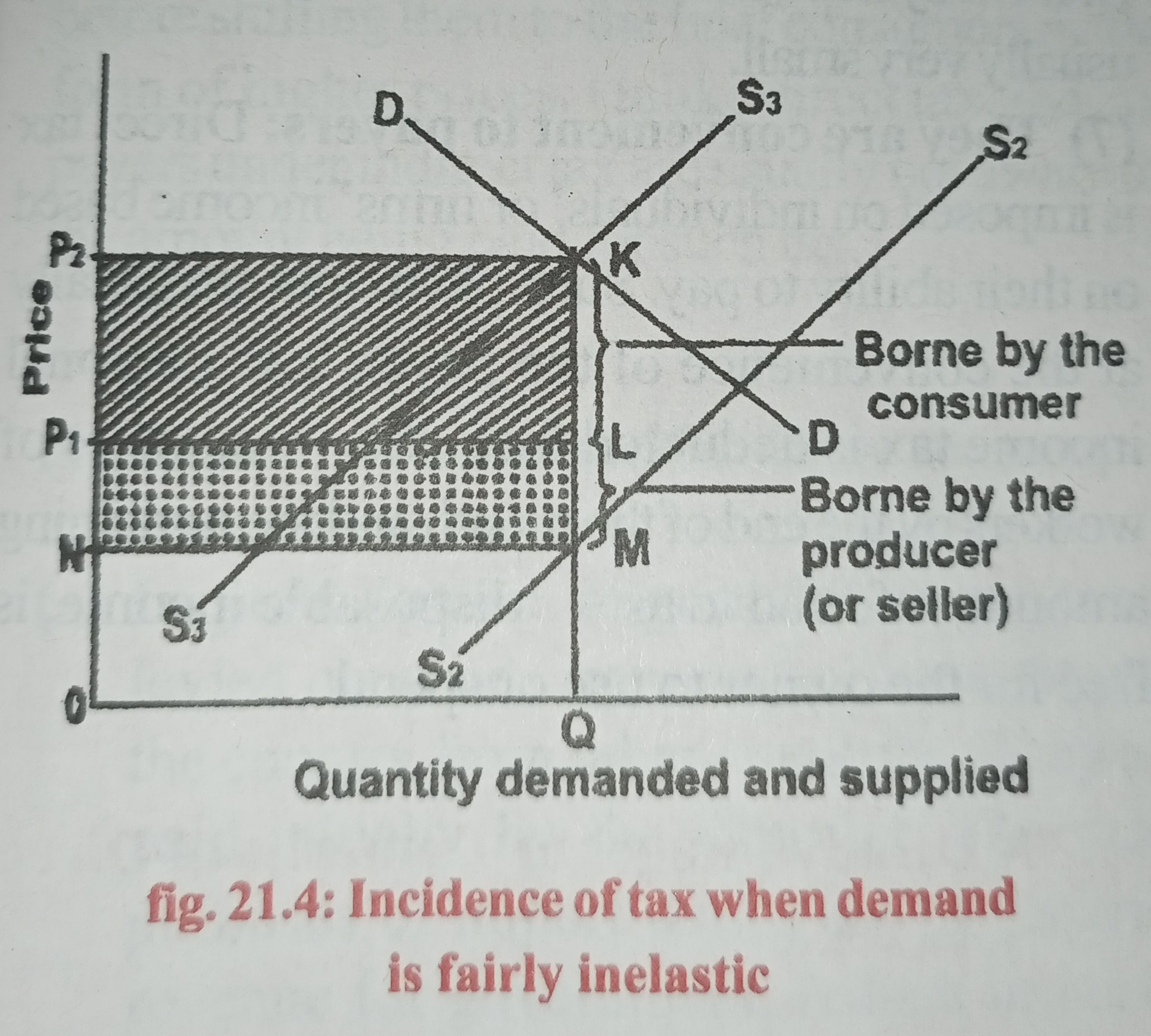 But in fig. 21.4, the area which represents the burden borne by the consumer is larger than that of the producer or seller. 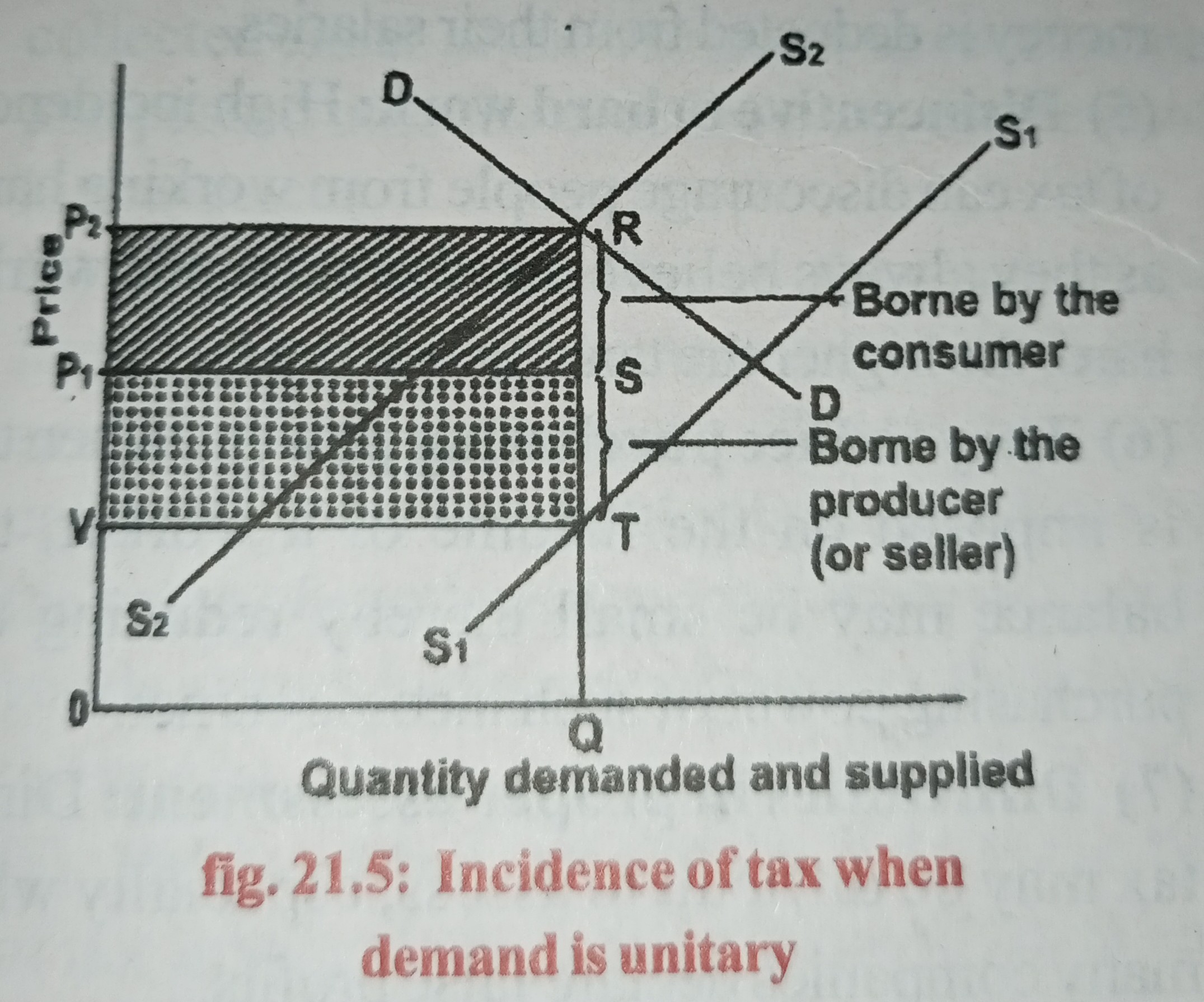