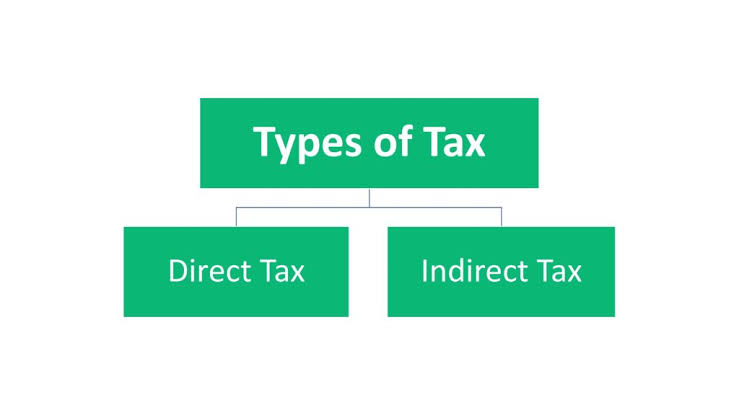 There are two major types of tax. These are direct tax and indirect tax.

Direct tax as the name implies refers to the type of tax imposed directly on income of individuals or organisations by the government or its agency. Such income would include wages, salaries, profits, rents and interests. The burden of direct tax is borne by the payers. The tax payers are usually aware of the payment of such tax.

Advantages or Merits of Direct Taxes

Disadvantages or Demerits of Direct Taxes

Indirect taxes refer to taxes which are imposed or levied on goods and services. The producers or sellers bear the initial burden of tax before shifting them to the final consumers in the form of higher prices. Unlike direct tax, the tax payers under indirect tax are usually not aware of the amount being paid for such tax.

1) Custom duties or tariffs: These are grouped into two:

3) Sales tax: This is the type of tax levied on the sale of certain commodities. The tax is collected either at the wholesale or retail stage and passed unto the consumers in the form of higher prices.

4) Purchase tax: This is the type of tax levied on certain consumer commodities such as cars, television sets, etc. The tax is usually collected at the wholesale stage. It is based on the value of goods under consideration. Luxury goods attract higher purchase tax than essential goods.

5) Value added tax (VAT): This is the type of tax imposed on goods and services at each stage of production. The burden of taxation is finally borne by the final consumers. VAT is used to generate revenue for the government.

Advantages or Merits of Indirect Taxes

Disadvantages or Demerits of Indirect Taxes