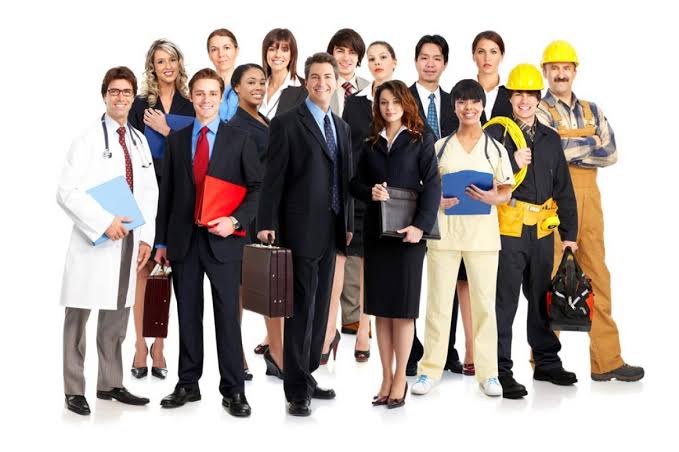 It is said to exist if the number of people who are willing to work and seeking jobs is less than or equal to the number of announced vacancies. That is, full employment is assumed to occur if all members of the labour force – those who are willing (eligible) to work and seeking for job are gainfully employed: supply of labour equals demand for labour.

“It is a situation in which all people who are legally qualified, willing to work and seeking job (or all members of the labour force) are gainfully employed”.

2)Government policy: A high minimum wage rate causes retrenchment of workers; it also reduces the rate of employing new workers. This lowers the level of employment, and vice versa.

3) Political stability/low rate of crime: Absence of a severe political instability, e.g. civil war as well as complete absence of high wave of crime, like kidnapping, armed robber, etc encourage both local and foreign entrepreneurs to set up firms. This raises level of employment, and vice versa.

9) Availability of entrepreneurs: A country with a large number of people (entrepreneurs) who can easily raise large capital (especially through sales of shares and stocks) for setting up both medium and large firms has a high level of employment, and vice versa.

10) Trade Union influence: A strong trade union bargain for and succeed in fixing high wage rate. This may reduce level of employment if many employers can’t pay it.

12) A rise in aggregate expenditure: A rise in total expenditure in an economy creates demand for goods and services. This leads to a rise in the level of employment, and vice versa.

14) Official School Leaving Age – Age of Entry; If the official school leaving age or age of entry into the labour is lower, the level of employment will be high and vice versa.

Under-employment of labour occurs if labour or a worker works below full capacity. He is under-utilized; he does not have sufficient work to occupy him throughout the day. Therefore, he cannot produce maximum (greatest) output. It also affects those who are self employed, e.g. carpenters, tailors, repairers, etc.

It may be caused by the following factors:-

The following are its major effects:-