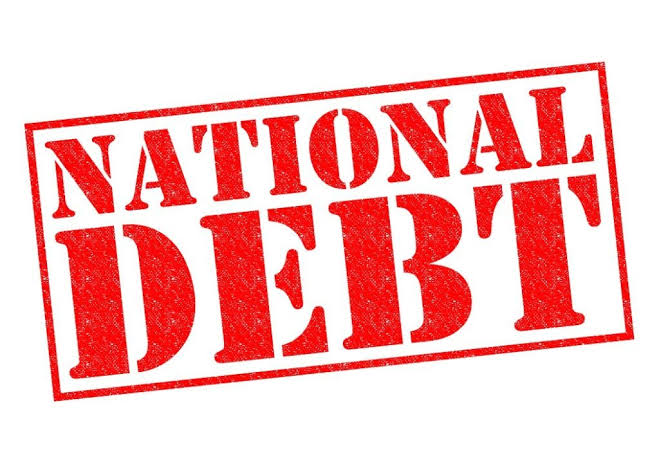 Instrument or sources of government borrowing in Nigeria

The government of Nigeria can use the following instruments to borrow money. These include:

Burden of national or public debt

The extent of the burden of national or public debt is determined by the type of debt, whether internal or external, the purpose of the debt and the period of repayment.

A huge national debt can affect the economy of a country in the following ways:

Revenue allocation is grouped into two major parts. These are:

The revenue allocation formula used in 1992 by the government from the federation account include:

It should be noted that there is no fixed revenue allocation. It changes from time to time. The Revenue Mobilisation Allocation and Fiscal Commission (RMFC) is always at work trying to work out a proposal for a new revenue sharing formula. For example, the oil producing states are currently getting 13% oil derivation from the federation account. As of July 2005 during the Political Reform Conference, the oil producing states agitated for 25% of the federation account and if this is approved by the National Assembly, the entire formula will be changed. The government offered them only 17%.

Certain calculations are done in taxation and for proper understanding of it, it is very important to take note of the following terms:

1) Tax base: The tax base refers to the item or the object which is taxed. This includes personal income, imports and exports, company profits, properties, goods for sale, etc.

2) Tax rate: Tax rate refers to the percentage (or proportion) of tax base or tax object which is to be paid as tax, e.g. 10% of income. An ad valorem tax, for instance, is expressed as a percentage. On the other hand, it could be a flat rate of tax, e.g. N100 per adult male.

Disposable income: This is the type of income derived after tax has been deducted from gross income. In other words, disposable or net income is total income less tax disposal income = Income – taxation or tax base – tax paid

The table below shows the tax payments of three income earners in a year. Use the information in the table to answer the questions that follow: 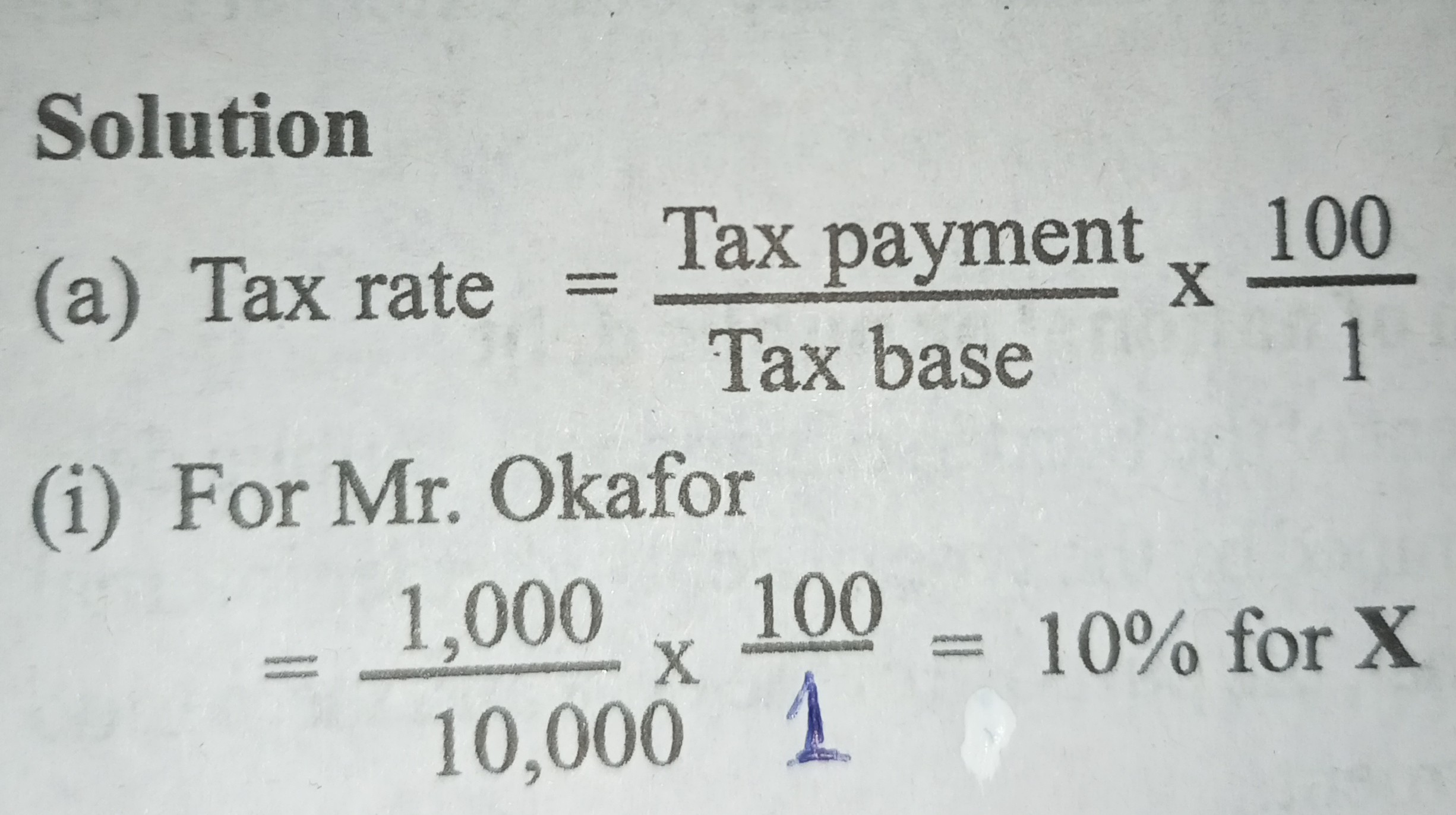 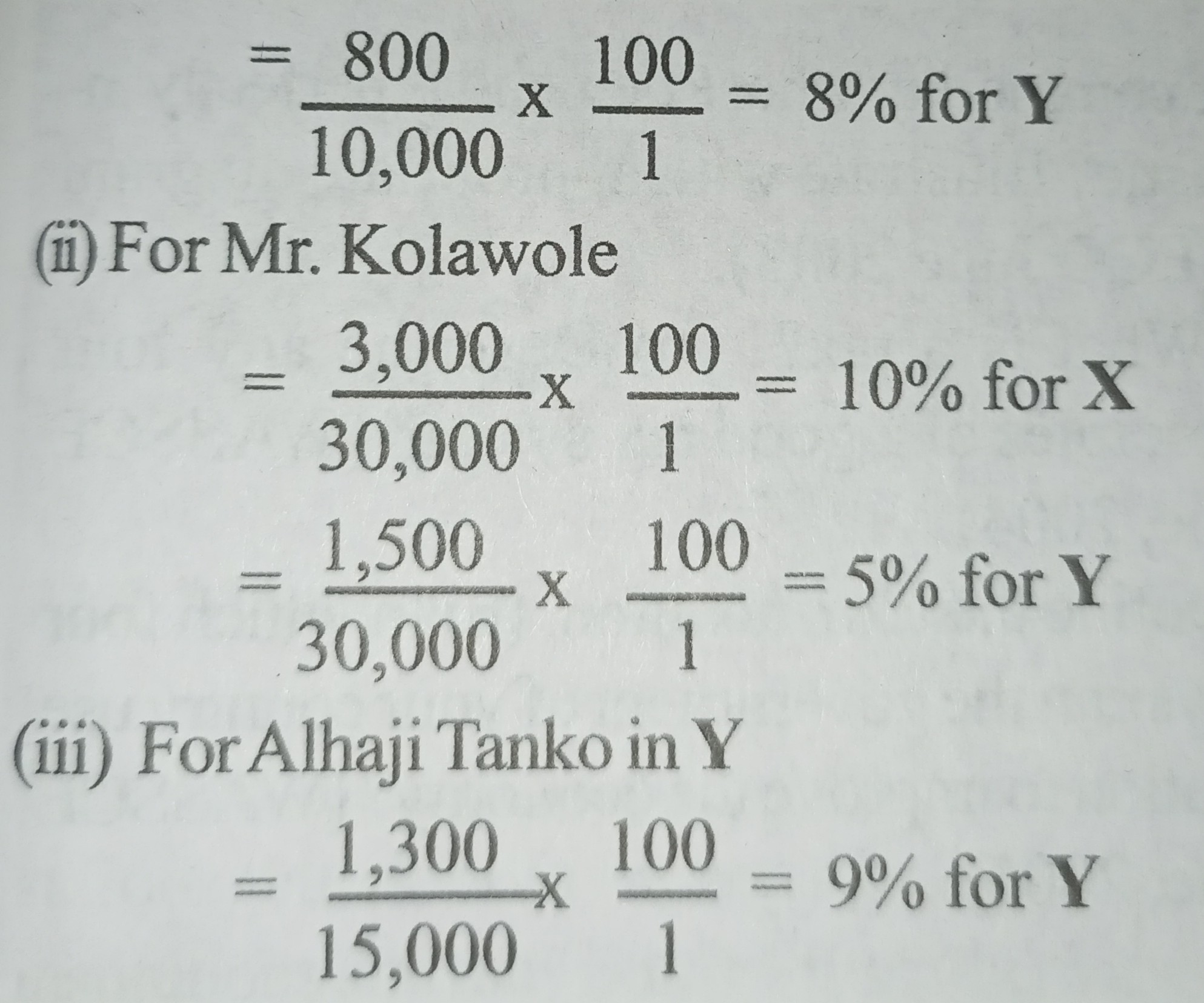 (b)(i) The systems of taxation employed in column X and Y is:

(ii) The person with the least burden is Mr. Kolawole with (5%) tax rate. 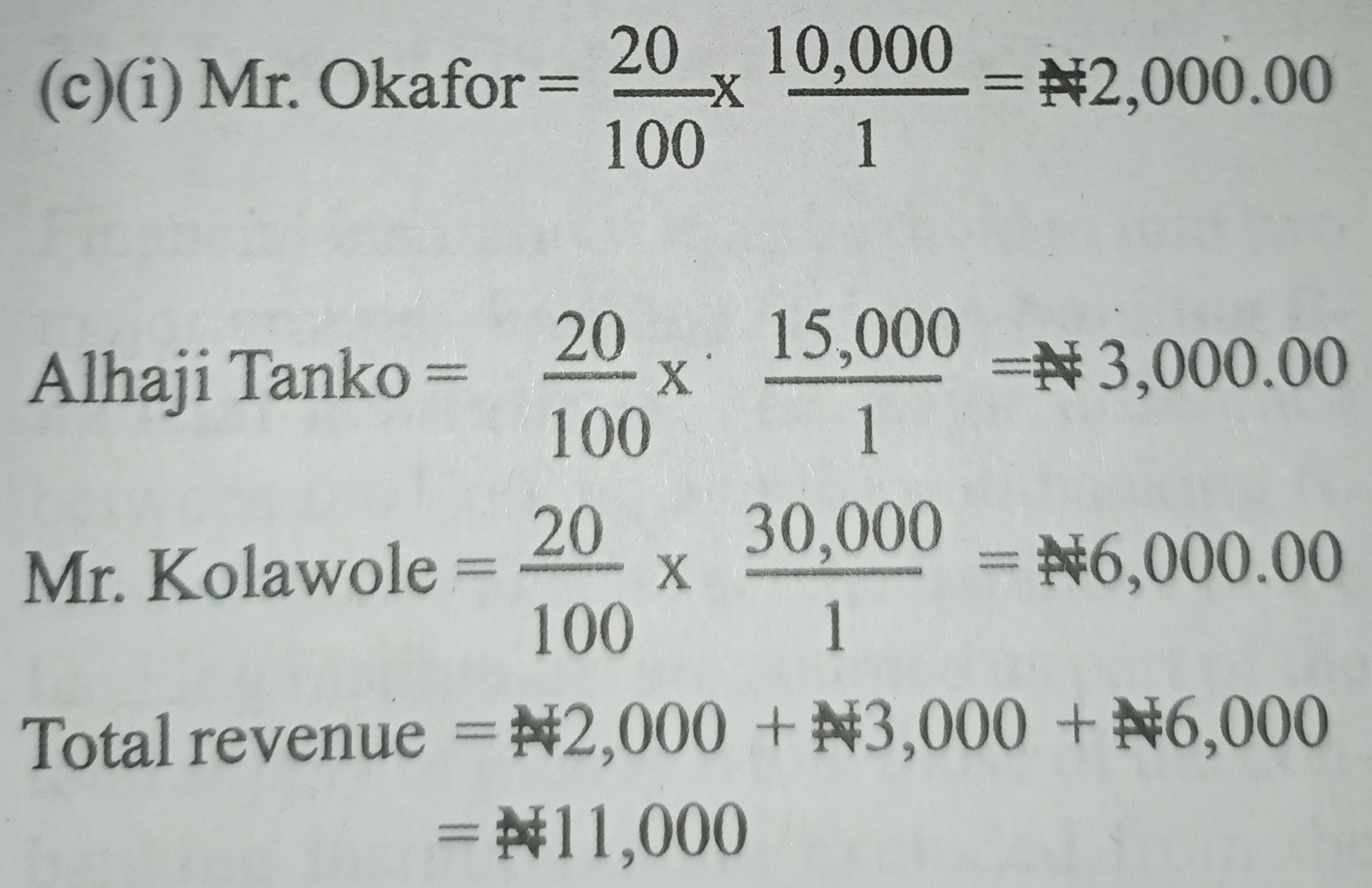 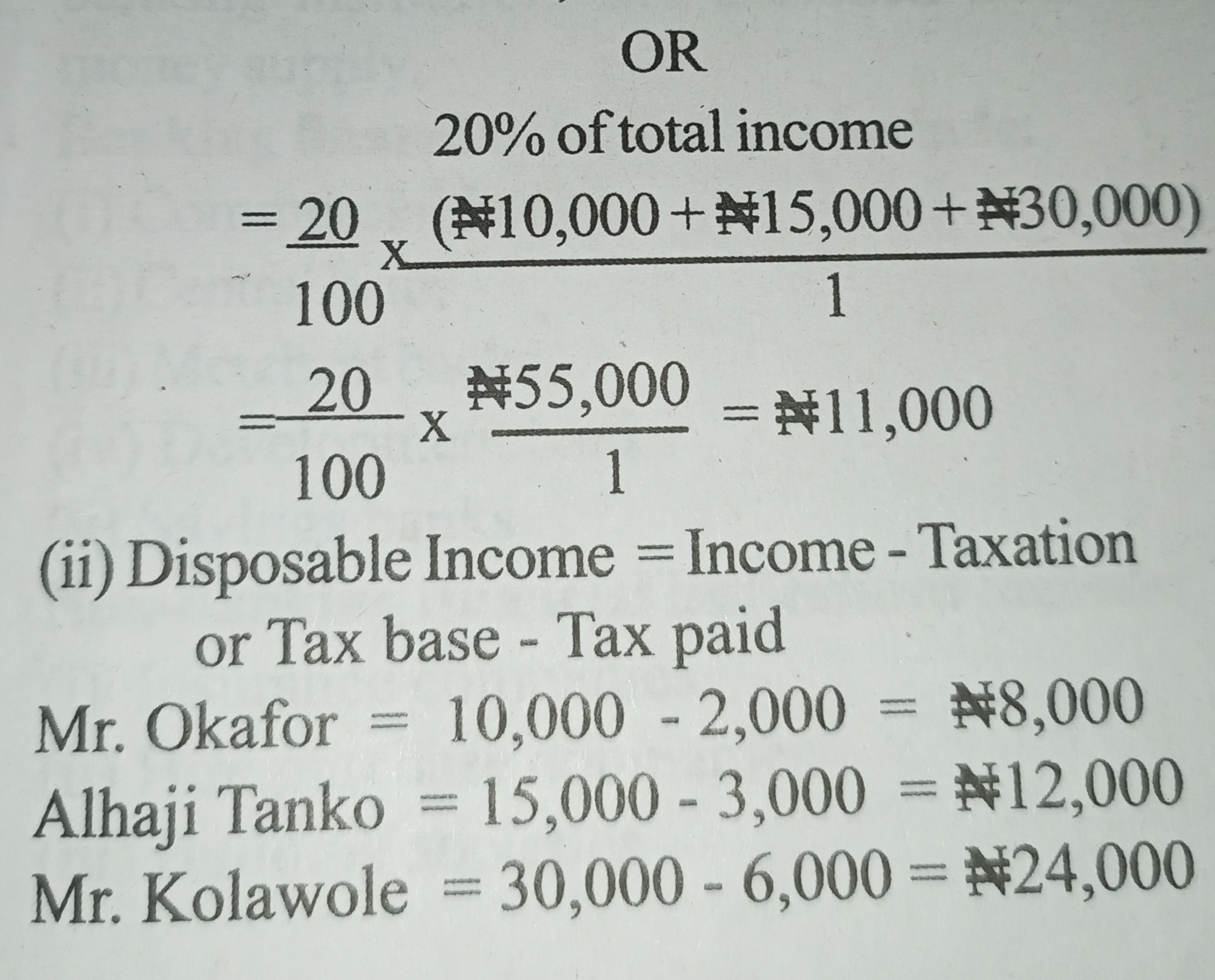