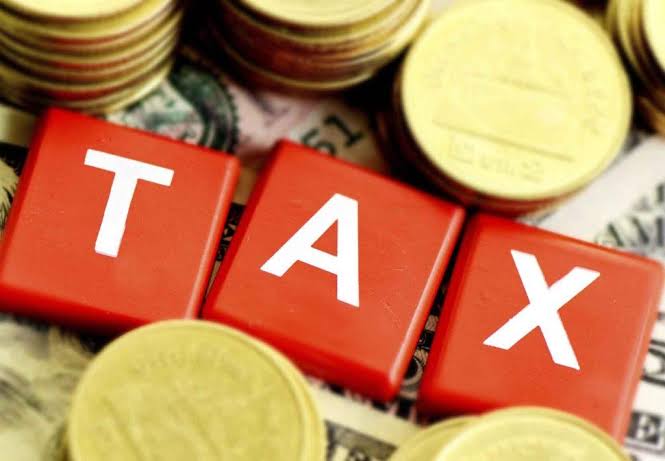 Taxation especially direct tax can be classified according to the following systems. These are:

1) Progressive tax: Progressive tax is a form of tax in which the rate of tax increases as the income, stock of wealth or value of property to be taxed increases. This type of tax is graduated in such a way that its rate rises according to the level of income or wealth of the tax payer. People with higher income are taxed more heavily than those that receive low income. The tax burden increases with increasing income levels or as the amount of wealth possessed increases. A good example of a progressive tax is the Pay As You Earn (P.A.Y.E.) system. Progressive tax is demonstrated by a graph as shown in fig. 21.6. 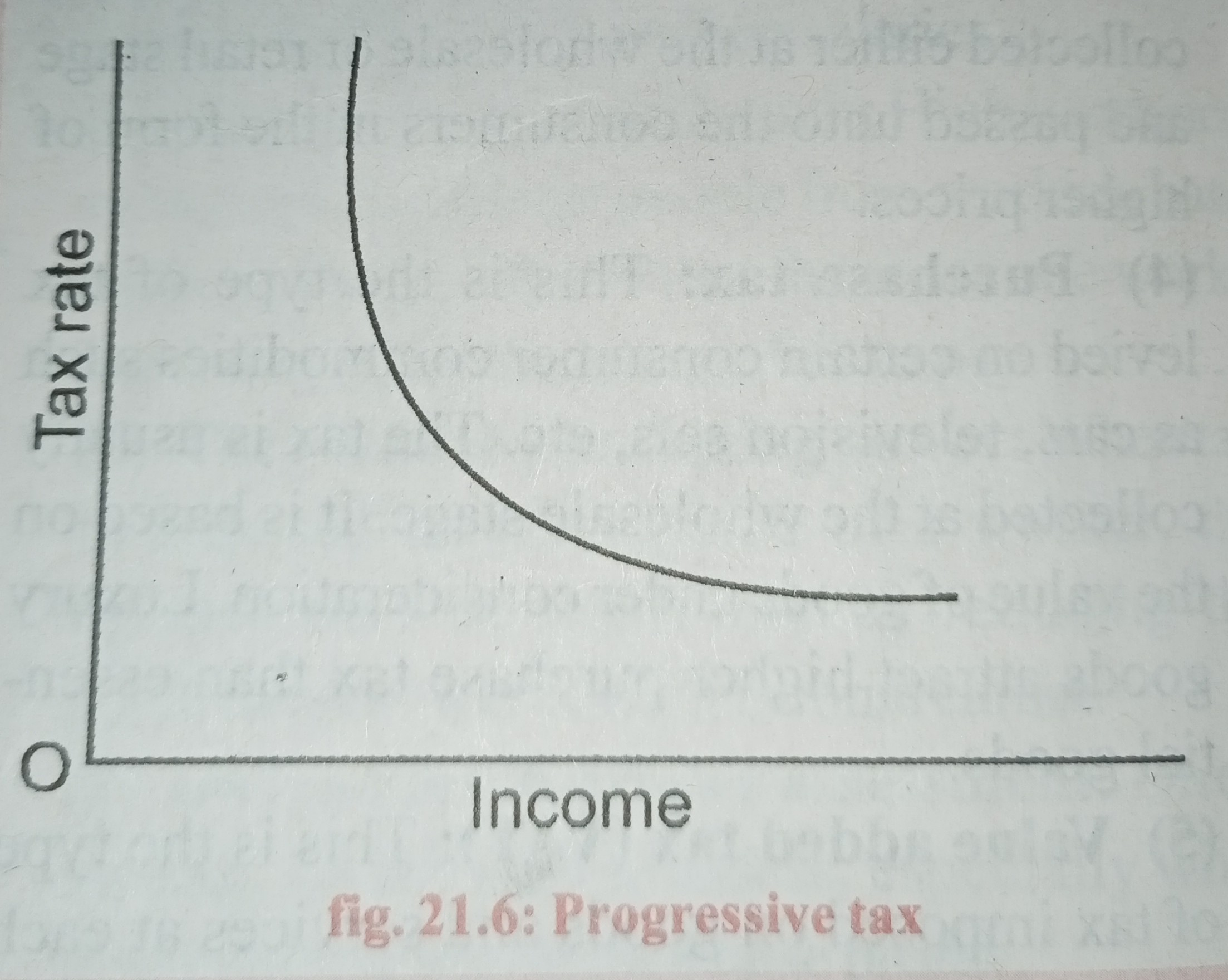 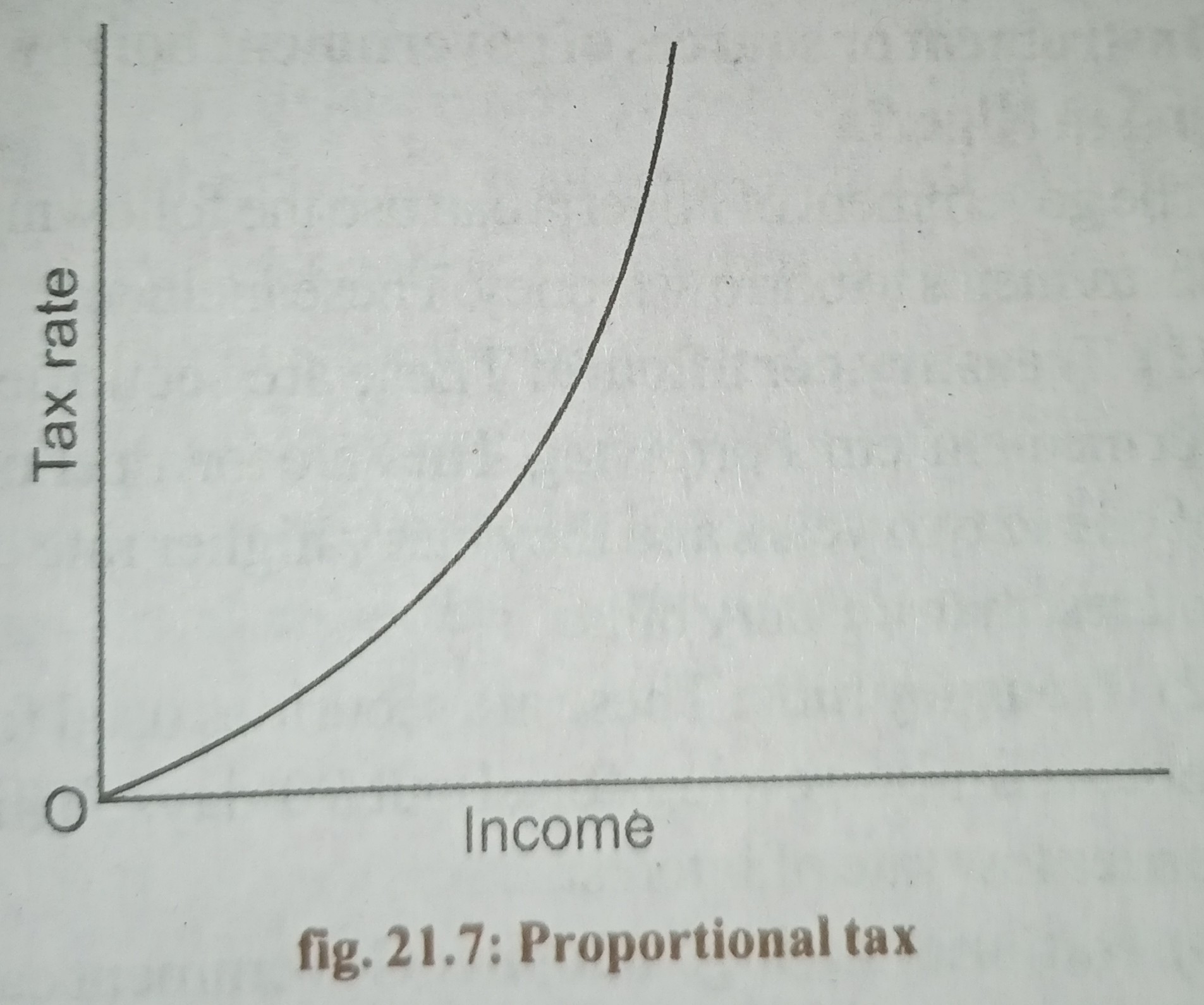 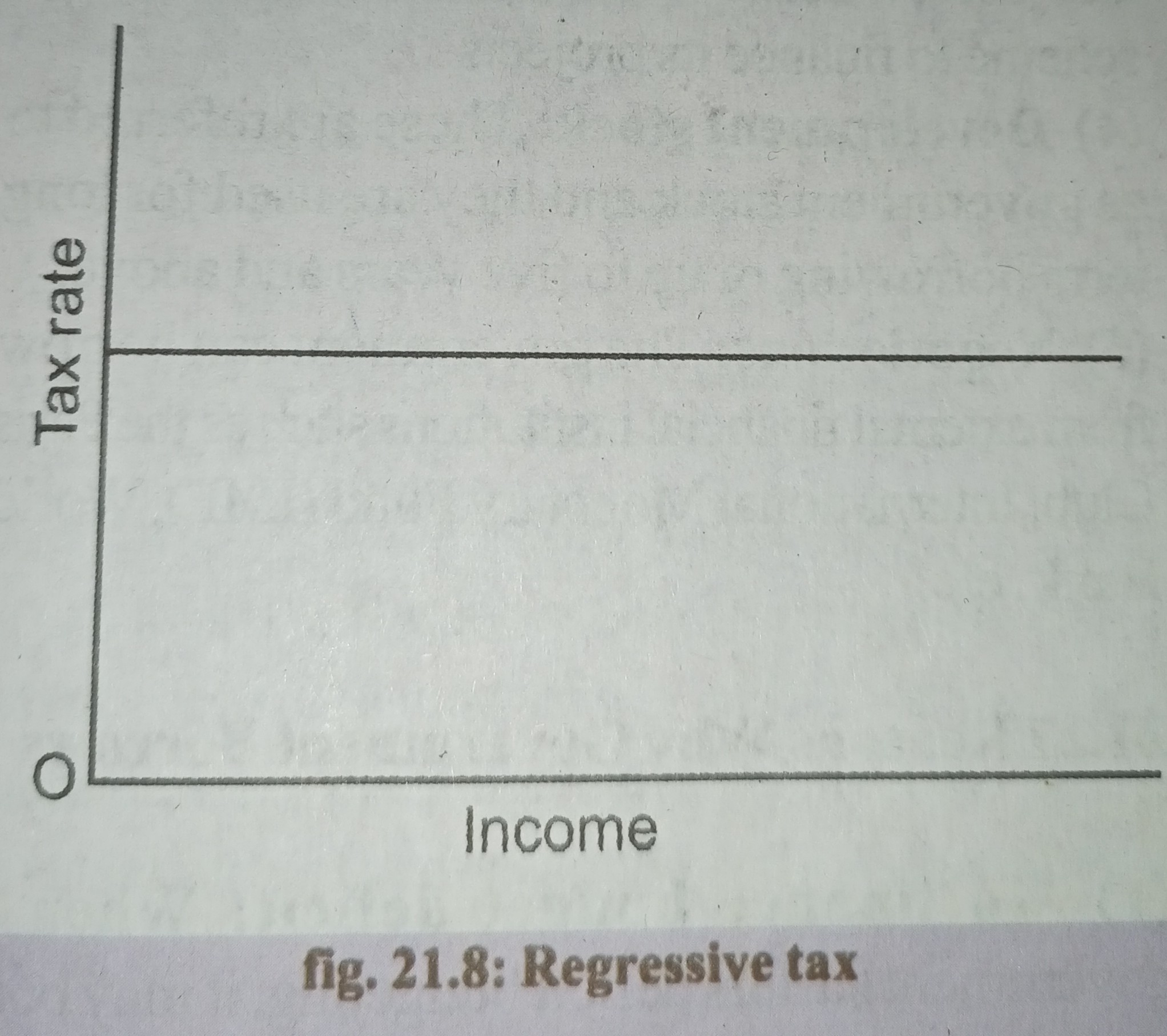