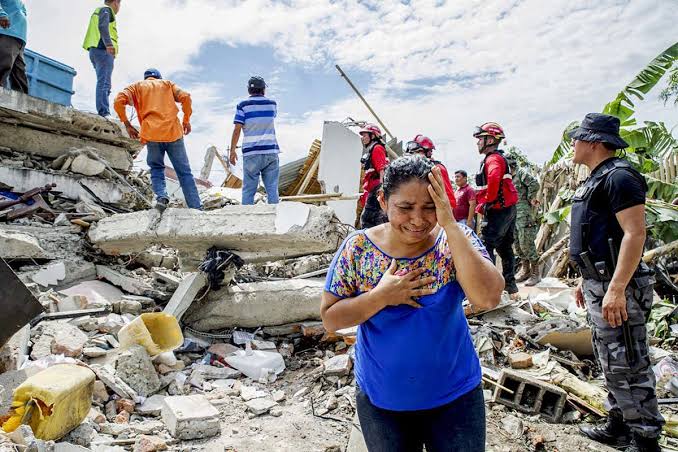 An earthquake is defined as a violent tremor in the earth’s crust which sends out a series of vibrating waves in all directions.

The transmission of the resultant vibrations outward to the surface leads to a series of shock waves. It is these shock waves that give rise to an earthquake.

The intensity of an earthquake depends on the following factors:

A scale for measuring the power of earthquake was first devised in 1935 by C.F Richter. This scale is called The Richter Scale. The scale is graded from 0 – 9. Earthquake measuring 0 – 4 are minor, from 4 – 7 are moderate and over 7 are severe.

Some examples of earthquake

Other Notable Examples of Disastrous Earthquakes include

The point at which the shock originates is called the focus or origin. The point on the earth’s surface directly on top of the origin is called Epicenter. Epicenter is the point where the effect of the shock is greatest. The shock waves travel from the focus to the epicenter and from various other parts of the surface. The waves also travel laterally on the surface as long wave (Fig. 38.3). The instrument used for measuring the intensity of an earthquake is called Seismograph. 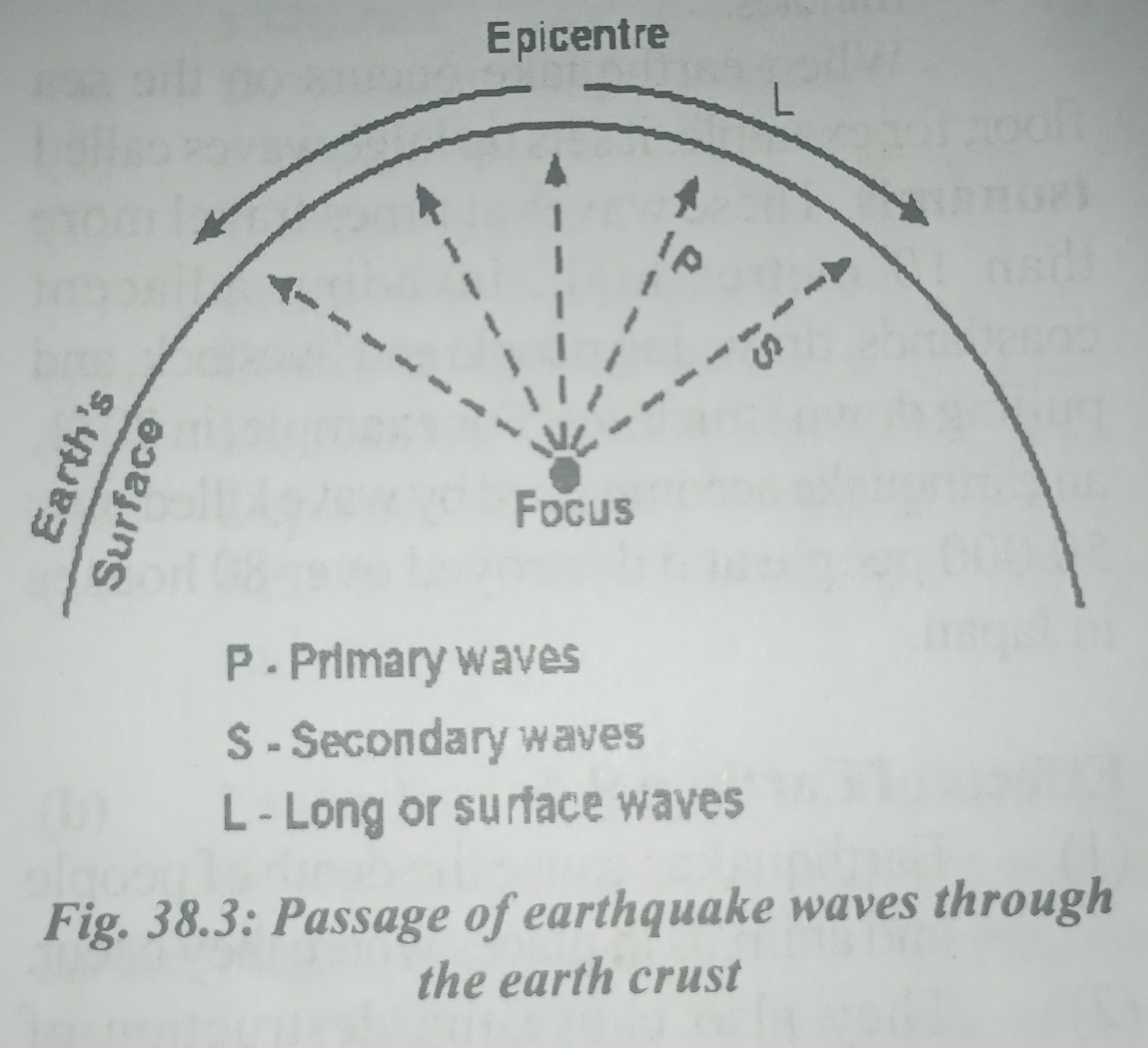 There are two types of shock waves. These are: (a) Body waves (b) Surface waves.

(a) Body waves: These waves travel through the crust and are of two types:

(b) Surface Waves: These travel through the surface rocks. They are of two types:

When earthquake occurs on the sea floor, for example, it sets up huge waves called tsunamis. These waves at times travel more than 10 metres high, invading adjacent coastlands, drowning people and livestock, and pulling down structures. For example, in 2011, an earthquake accompanied by wave killed over 50,000 people and destroyed over 80 houses in Japan.