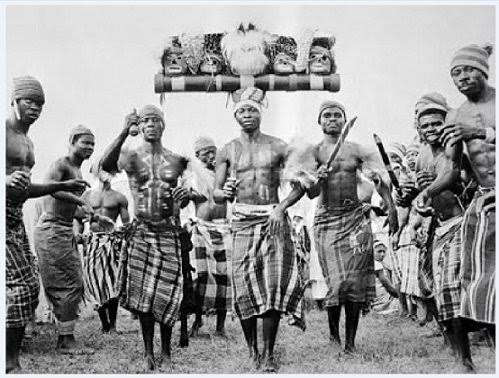 1) Village administration: The Igbo political system was based on the village as a political unit. A village is seen as inhabited by a group of related families. Each family head held the Ofo title and all of them put together formed the council of elders. The council governed the village. At the village meetings, every adult is expected to participate. Among the Ofo title holders, one of them was recognised as the most senior to others. He was referred to as the Okpara and has the right to preside over the council of Elders meetings, where issues affecting the people were discussed and implemented.

2) The age grade: These were young men that belonged to the same age group, and they perform the following functions:

3) The executive: The affairs of the village are discussed from time to time by family heads (council of elders). Every adult has the power to contribute.

4) The legislature: The villagers made laws themselves and even the age-grades can enact a law which the elders would accept.

5) The judiciary: In this area, family heads settled disputes between families. Serious cases were referred to the council of elders presided over by the Okpara and penalties were metted out to those who committed serious offences like murder, stealing etc.

6) The Ozo title holders: Some wealthy and influential men took this title which was very expensive. This title makes the holder to be recognised in the society and could then preside over meetings on issues affecting the community with elders.

7) Provision of shrines: Shrines were provided and was seen as having political significance in providing bonds of unity and common ties.

8) Leadership: Succession to leadership positions was not hereditary in Igbo political system.

9) Type of political system: The political system was more of a Republican. Decisions were reached by consensus. Different institutions played different but important roles in the administration and powers were shared by them.

FEATURES OF THE IGBO TRADITIONAL SOCIETIES