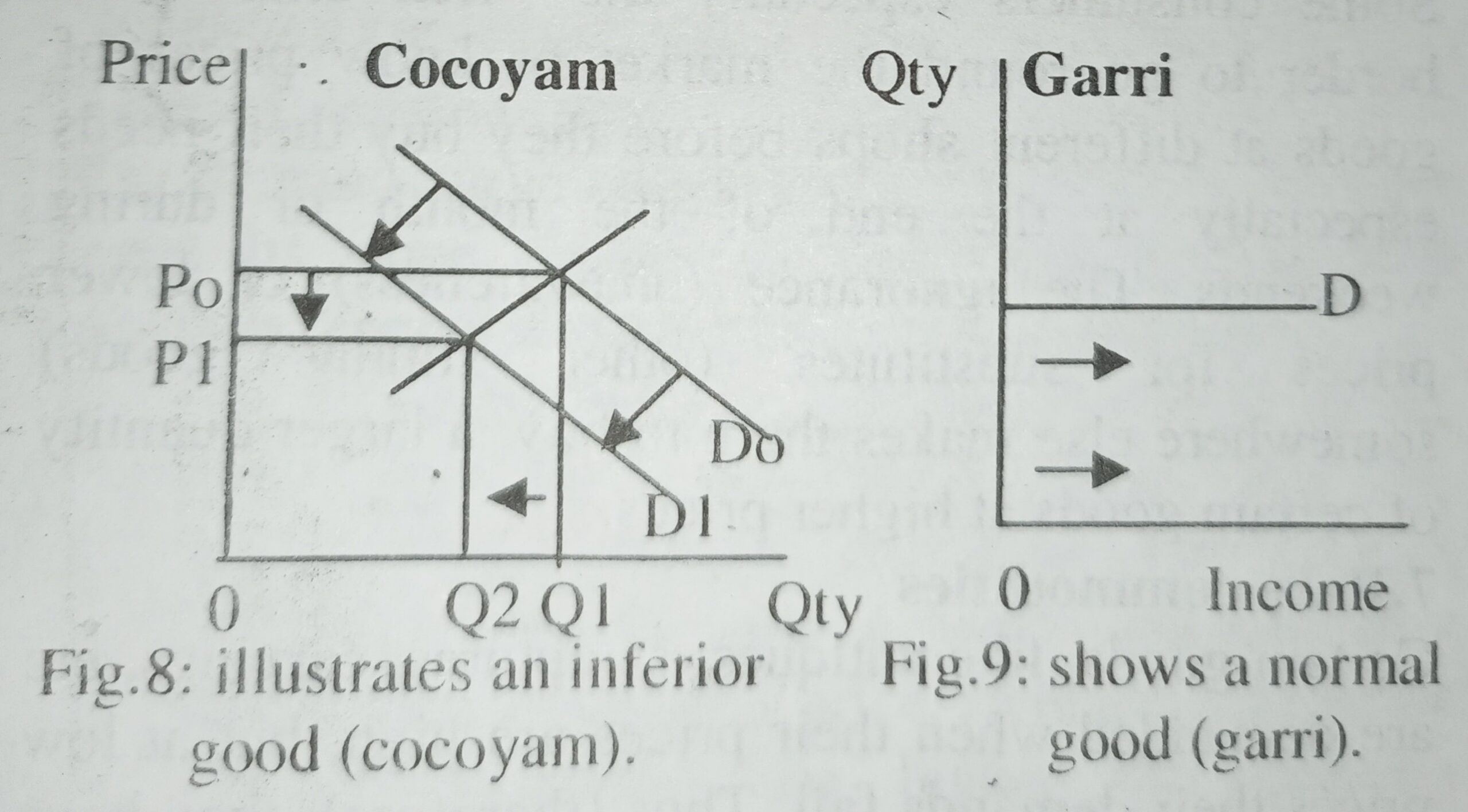 Normal goods are goods whose demands remain constant irrespective of changes in income. Consumers still consume a large quantity of them as they are accustom to them, or there are no superior substitutes probably within the same price range. Thus their demand curve is a straight line and parallel to the base as illustrated in figure 9 above. Good examples are garri, yam, palm oil, etc. (especially.to the illiterates).

Superior goods are goods whose demands rise as income increases. In other words, their demands fall as income falls. As income rises, consumers tend to buy them or increase the quantity demanded even though their prices are rising. Thus their demand curve shifts to the right – outward with increase in income. 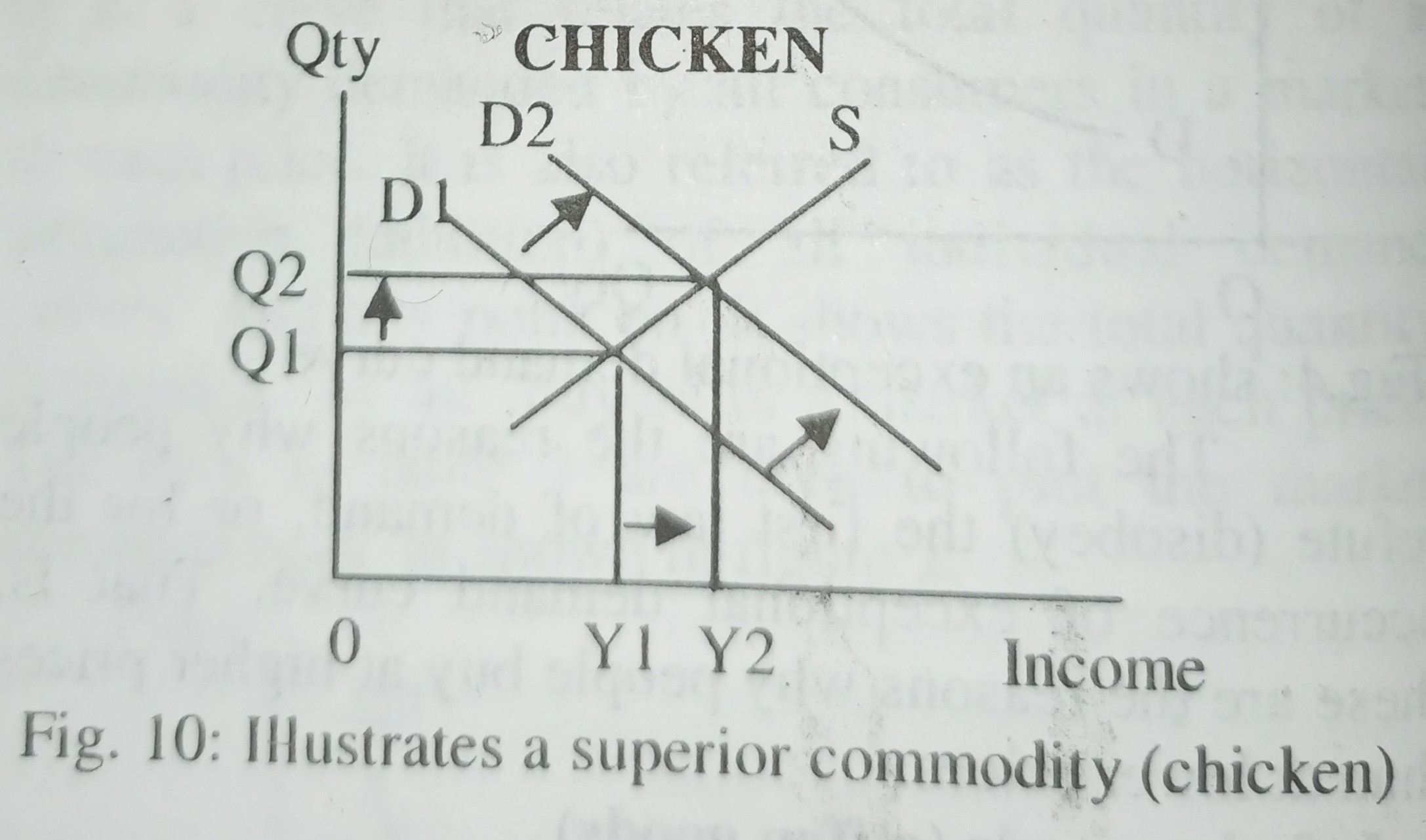 To substitute (verb) means to ‘replace one thing with another’. Thus a substitute (noun) is anything or a commodity that can (perfectly or partially) replace another commodity without (much) inconvenience.

Substitute goods are goods that are economically interchangeable by consumers.

The linear (indifferent) curves that represent perfect substitute goods are straight parallel lines as indicated in figure 11; and elasticity of substitution between them is infinite (infinitely elastic). 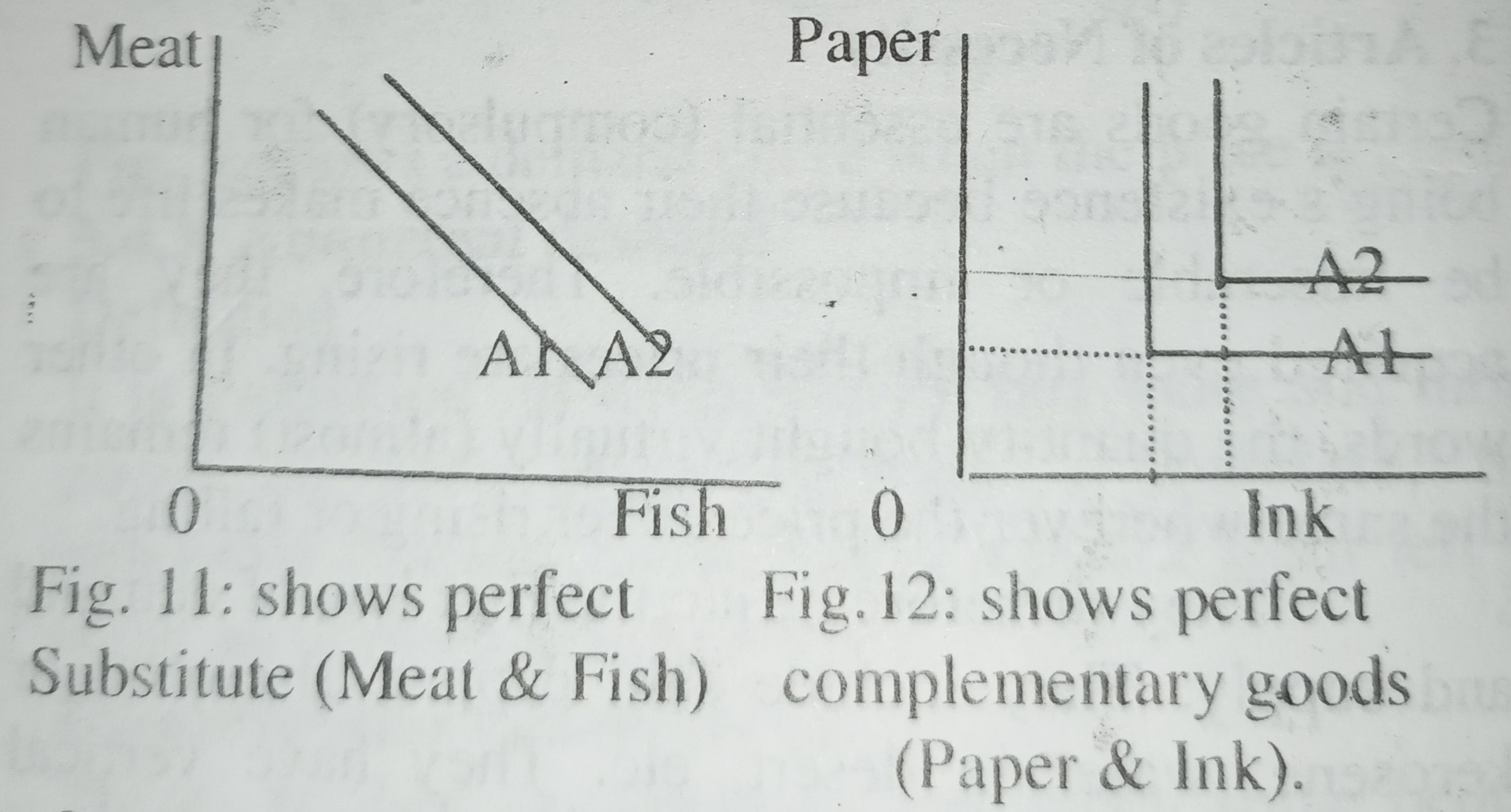 Complement means anything or a commodity that assists another. Complements are goods that are used together. Perfect complements are pairs of goods of which one can’t be used without the other. The use of one necessitates the use of another. Good examples are: pen and ink, motor car and petrol, etc

Complements (complementary goods) are goods that are economically inter-related.

An increase in price of one (pen) causes a fall in demand for the other (ink) even though the price of ink remains uncharged. See the illustration below.

The curve that represents perfect complements has ‘L’ shape as illustrated in figure above.